Why are some bird eggs so colorful? Blame an evolutionary arms race 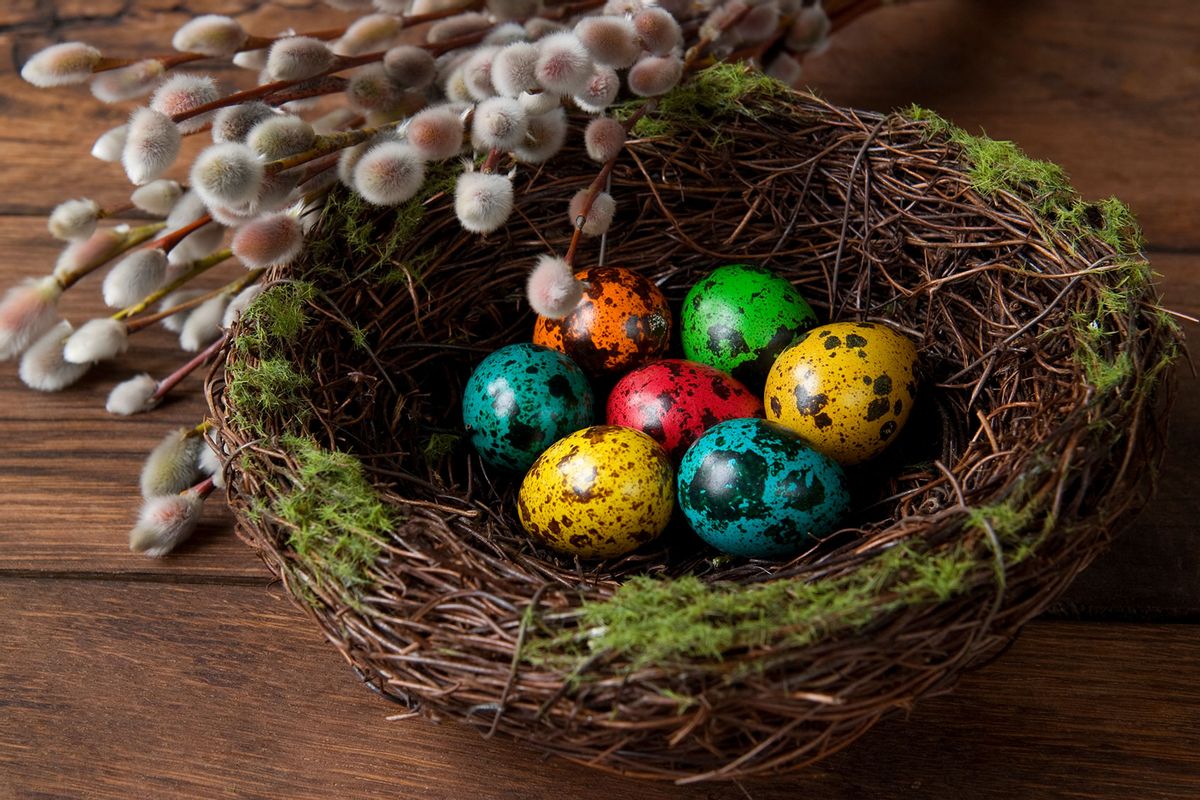 It was nature's version of an Easter egg hunt. Dr. Claire Spottiswoode, a professor at the University of Cape Town who studies avian (bird) brood parasites, was working in Zambia to learn more about how cuckoo finches change the appearance of their eggs. Unlike the orchestrators of an Easter egg hunt, though, the cuckoo finches are not altering their eggs for art or frolicking, but so they can trick other birds into raising their young.

"It just remains a thrill," Spottiswoode explained. "Every single time you see a parasitized nest with a beautifully colored parasitic egg in it, among the host eggs — that's something I never tire of.

Brood parasitism is not uncommon in the animal kingdom, and Spottiswoode is one of the world's foremost experts. Yet being an expert does not diminish the challenges of any egg hunt. As Spottiswoode told Salon, "One of the hardest challenges for someone researching brood parasites is simply to find enough parasitic eggs and chicks. You have to put in a lot of effort to find a lot of host nests in order to find the subset of those that are parasitized that you're studying."

Fortunately, there were a lot of talented local nest-finders who were happy to help.

"For us, it just remains a thrill," Spottiswoode explained. "Every single time you see a parasitized nest with a beautifully colored parasitic egg in it among the host eggs — that's something I never tire of. it's just a total joy to see the beautiful adaptations that natural selection has forged over hundreds of thousands of years."

RELATED: Meet the brood parasites, the deadbeat mothers of the animal kingdom

Spottiswoode has a good reason for poking around avian domiciles. Along with Professor Michael Sorenson at Boston University, Spottiswoode leads an international genetic research team studying how a single brood-parasitic bird species masks its eggs to resemble those of multiple other bird species. For more than a century, scientists were bedeviled by this mystery, but the researchers have managed to identify an evolutionary arms race as being the culprit.

She added, "The broader problem that we're trying to resolve here is how different individuals of a single inter-breeding species can evolve specialize adaptations to parasitize different host species despite the fact that they're mating, randomly with one another, regardless of what host species the male or female was raised by."

In the study published by the journal Proceedings of the National Academy of Sciences, the scientists explain that the maternal inheritance factor allows cuckoo finches to avoid accidentally inheriting the wrong mimicry genes from fathers who were raised by different hosts. This may seem like an evolutionary advantage — and to an extent it is — but the authors note that it also makes it more difficult for these species to counter-evolve once their hosts pick up on what they are doing. One reason why is the fact that many bird species are adapting to have a wide range of colors and patterns in their eggs, providing the birds with "signatures" that distinguish those eggs from the intruders.

Yet how do birds develop such amazing multi-colored eggs in the first place? And is stopping brood parasites the only reason?

"How do you find your own egg? Well, you lay your egg with, essentially, a signature that says, 'This is my egg.'"

"It's an Easter-appropriate question, for sure," Spottiswoode told Salon. "We have some good answers, but we don't have a complete explanation and there are still quite a lot of mysteries that remain. Often, camouflage is the reason why eggs vary in color. Camouflage is super important. Nest predation, visually-oriented predators, is really common and particularly in species that breed out in the open, like species that breed on the ground, but also other ones as well. Some species have really fantastic eggs and have very interesting adaptations to particular environments."

That does not explain every egg hue, though. Spottiswoode noted that some scientists hypothesize that birds who evolved to lay blue eggs did so to protect their embryos from ultraviolet radiation. In addition, birds may want signatures on their eggs for reasons unrelated to brood parasitism.

"In cases where there is huge diversity within species, just like Easter eggs — where you're painting for your chicken eggs, and they've been painted different colors — the sort of driving pressure that's generated that diversity seems to be recognition of self," Spottiswoode mused. "We see it in birds that breed in colonies, like cliff-nesting birds... They have a lot of diversity among individuals, for example, and in that case, it's to know your own egg, when you're on a cliff face breeding with hundreds of thousands of other individuals with the same species. So how do you find your own egg? Well, you lay your egg with, essentially, a signature that says, 'This is my egg.'"

If ever there were a more fitting proclamation to sum up the Easter spirit, I can't think of one.

For more Salon articles about birds: