Influencer culture is everywhere — even in academia

Though academics may wring our hands about influencer culture, social media promotion is now a necessary evil 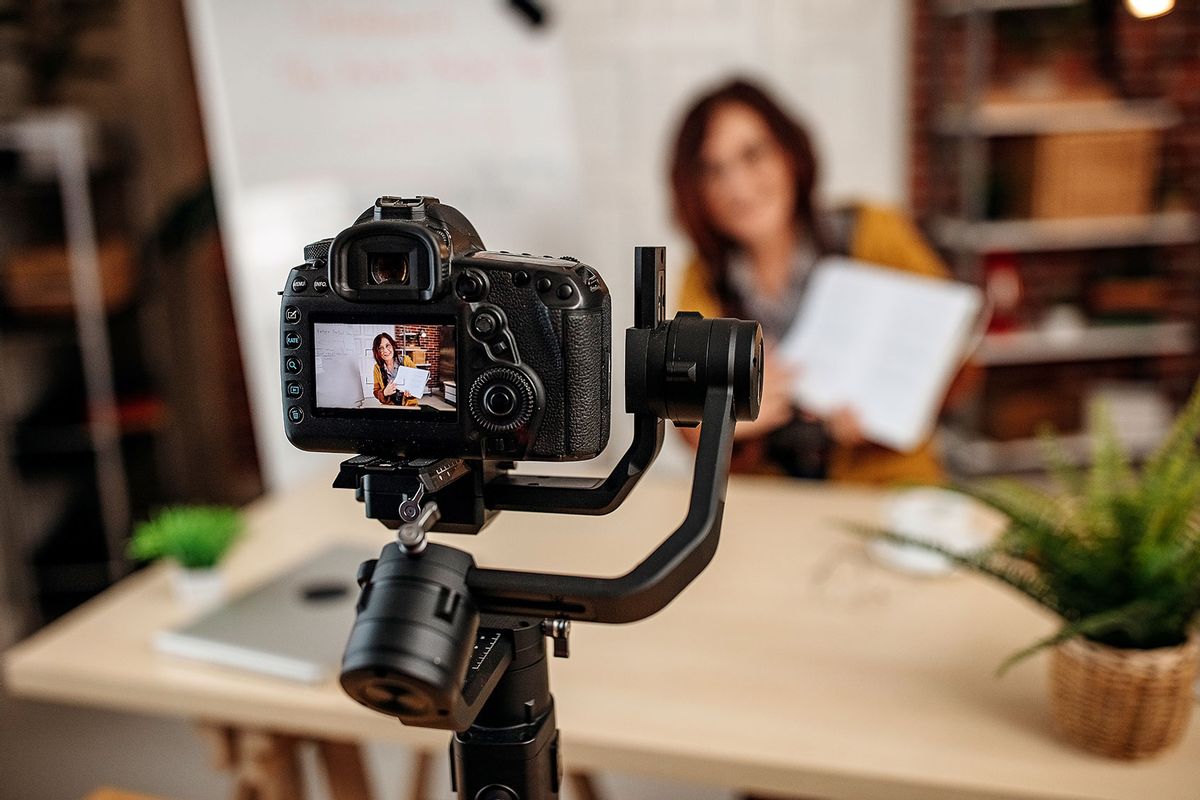 The number of prefixes one can affix to "-fluencer" knows no bounds. Among the "side hustle" hyphenates making headlines in recent weeks: pharma-influencers, ag-influencers, doctor-TikTokers, and fin-fluencers (a portmanteau of financial advisor and influencer). By some accounts, these professionals-turned-internet personalities are fulfilling a laudable public service mission. More often, they are denigrated as shallow, performative, and — at times — unscrupulous.

Such narratives confirm the wider public's contempt for social media self-promotion and the career exemplars it has born: YouTubers, TikTokers, Instagrammers, and the like. Influencers are especially vulnerable to "stars-behaving-badly-esque" fame-shaming, replete with barely concealed gender bias. It's not incidental that pop culture's caricature of the influencer—the one shilling products at Coachella, demanding comped meals, and preening for her Instagram boyfriend—is unequivocally feminine. But instead of mocking those with the pluck and luck to fashion a career on social media, we might fruitfully turn the critical focus on our own activities.

Several years ago, while writing a book on social media labor, I noticed how the accounts furnished by aspiring YouTubers and Instagrammers resonated deeply with my experiences as a then-junior academic. These social media hopefuls had an acutely perceived need to remain "on brand" and an unabashed pursuit of metrics. As an academic, this felt all too familiar. Their media kit was my tenure dossier, except "likes" and "views" were swapped out for Google Scholar citations and h-indexes--two indices of our "impact." I felt compelled to be eminently visible — not unlike the pressures on influencers to "game" the algorithms or ratchet up their engagement.

RELATED: The authoritarianism at the heart of influencer culture

In the persistent wake of the pandemic, the pressure for scholars to self-promote has only intensified. Starved for opportunities to share our latest findings at in-person conferences, we take to Twitter, Instagram, or perhaps our email signature to hype our new books and articles. Some have even joined the ranks of #ProfessorsofTikTok or more discipline specific communities like #twitterstorians.

These social media hopefuls had an acutely perceived need to remain "on brand" and an unabashed pursuit of metrics. As an academic, this felt all too familiar.

Of course, the directive to self-promote extends well beyond academia. Earlier this year, after Steven Perlberg chronicled the ascent of "influencer-journalists," a fierce debate broke out on Twitter.  And it seems that nary a week goes by without a business feature prodding executives to burnish their self-brands-albeit authentically.

The question then, is why so many of us feel compelled to emulate influencer practices—even while wringing our hands about it.

Labor precarity is, for many, a driving impetus. To be sure, the uncertainty we glibly associate with work in the era of COVID was set into motion well before March 2020. But the pandemic exacerbated job insecurity as employers hemorrhaged resources and social safety nets went from fraying to threadbare. Widespread unemployment has been compounded by a continued gig-ification of nearly all professional sectors, including higher education. The side hustle as a strategy of risk containment—namely staving off unemployment—makes sense in this context.

But crude labor market statistics tell only part of the story. Changes wrought by work-from-home culture — especially the demand to be "always on" and mechanisms of surveillance from the metonymic "algorithmic boss" — have prompted a rising tide of worker dissatisfaction. Given the state of the conventional labor market in my students' lifetimes, it's no small wonder that these so-called Gen Zers find the bootstrapping career of a YouTuber or live-streamer much more appealing than a proverbial 9-to-5. The lure is less about unadulterated fame than we give them credit for. More often, they desire the autonomy and flexibility that a self-enterprising career promises—if only superficially.

For those gainfully employed, the quest for social media visibility likely has a different impetus, namely claim-staking in our expert domains.  Both misinformation and disinformation are rampant online, and declining trust in public institutions is both a symptom and consequence of this din. Expert-influencers — particularly in the realms of medicine, science, and health — are thus important arbiters within decentralized knowledge networks. While the efforts of digitally enabled thought leaders may be in the lofty spirit of public engagement, they are also in thrall to employer- and funder-demands. Jefferson Pooley has, for instance, described how academia is increasingly configured by a "'metric tide' imposed from above," by which he means that the obsession with metrics that signify engagement has trickled down from employers to employees.

But crucially, academic researchers and scientists who "put themselves out there" are — much like influencers — ready-made targets for criticism, hate, and harassment. As Tressie McMillan Cottom has argued, the thin line between visibility and vulnerability is particularly tenuous for women, scholars of color, and members of the LGBTQ+ community. Perhaps not surprisingly given his questionable history, members of marginalized communities are especially daunted by Elon Musk's recent acquisition of Twitter, a platform that, as Jean Burgess recently argued, is an "essential infrastructure for journalists and academics."

The incessant push to be visible has another catalyst, too — one that far too often fades into the background: the charge from platform companies. These companies, which harness the content and free labor of users under the guise of connectivity, depend on experts, educators, and entertainers in various domains. And so, the more the corporate mouthpieces of Meta and TikTok compel us to orchestrate influencer-level self-promotion campaigns, the more data and attention they have in their arsenals. As Nancy Baym compellingly argues in her book on labor and promotion in the music industry, "the money in social media flows between sites' owners, investors, and advertisers" much more than between creators and audiences.

It's easy to blame glib narcissism for a marketing-orientation that has configured nearly every professional domain (yes, even religion). And there are no doubt individuals seduced by the glittering promise of social media fame. Naive exuberance may distract them from the rigged nature of the creator economy, including staggering social inequity. But more often, the charge to social media promotionalism is imposed upon us and appears, to many, to be the best worst option for exposure, opportunity, and meaningful engagement.

Read more on how social media is changing us: