Incarcerating Black people is just too fundamental to right-wing ideology 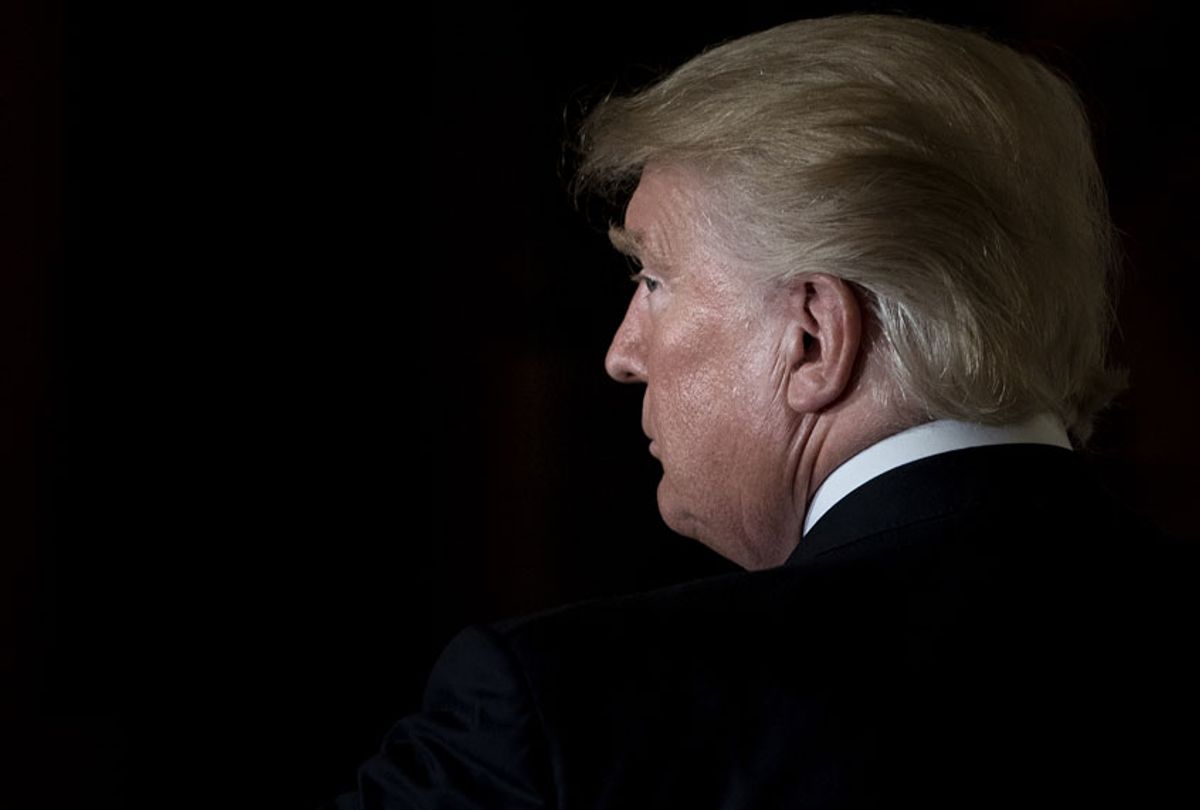 When Donald Trump ran for president in 2016, he was seen as a "populist" right-wing politician railing about free trade and immigration to push an isolationist worldview, all of which was out of step with what we knew as the modern conservative movement up to that moment. Sure there had been a rump group of paleoconservatives, like Pat Buchanan, who had staged a couple of fringe presidential campaigns in prior decades. The independent candidacy of millionaire Ross Perot had raised some of the same issues and appealed to many of the same voter concerns. But it was Trump whose TV celebrity and flamboyant personality managed to take those ideas straight into the mainstream of the Republican Party.

Trump's populism was (and is) extremely shallow, however.

His "tariff policy" was based upon some crude anti-foreigner impressions he had from the 1980s when he saw Japanese cars coming off the dock in Long Beach harbor. He never understood that it was actually the American consumer who paid the tariffs with which he thought he was punishing foreign manufacturers.

By contrast, his anti-immigrant screeds rarely touched on economics, which had always been the excuse the right had raised to excuse their xenophobia. Trump instead said from the beginning that the problem was that immigrants were either all criminals rampaging through the United States or terrorists bent on killing as many Americans as possible. He didn't even try to couch his hate with the usual "stealing our jobs" rhetoric.

All in all, despite the constant bragging about his allegedly monumental achievements in office his administration was really nothing more than lots of drama, one scandal after another, and very few accomplishments.

The America First agenda Trump touted was simply a way for him to excuse browbeating allies while sucking up to tyrants. That happened mostly because he really didn't understand anything about world affairs in the first place, so he blustered his way around the world chasing wealthy oil sheiks and succumbing to ostentatious flattery while alienating anyone he sensed could see through his ignorant posturing.

In the end, Trump basically accomplished nothing and simply reaped the rewards of an economic recovery long in the making. His promises to create a better health care plan ("it will be so easy") never came to fruition and his pledge to protect Social Security and Medicare was never challenged. His biggest legislative accomplishment was the massive tax cut bill for the rich, rammed through by the GOP majority in 2017, the establishment GOP Holy Grail. Meanwhile he increased military funding, an odd achievement for a supposed isolationist.

Trump proposed 10 pieces of legislation he planned to pass in the first 100 days. They included a proposed Restoring Community Safety Act, End Illegal Immigration Act, Affordable Childcare and Eldercare Act, Repeal and Replace Obamacare Act, School Choice and Education Opportunity Act, American Energy and Infrastructure Act and the End the Offshoring Act. Other than the tax cuts and the military spending increases, none of that ever happened.

All in all, despite the constant bragging about his allegedly monumental achievements in office his administration was really nothing more than lots of drama, one scandal after another, and very few accomplishments. He didn't even get that stupid wall built. And if he was supposed to be the guy who pushed the GOP in a new policy direction, one that was more attuned to working people and less to the elites, he sure didn't have a lot to show for it.

But there was one exception that I haven't mentioned.

Trump signed a piece of bipartisan legislation in 2018 that was truly out of character for him personally and a jarring departure from standard GOP policy: the First Step Act, a criminal justice reform bill. It was actually a very good bill, probably the best thing he did as president. The First Step Act shortened mandatory minimum sentences for nonviolent drug offenses. It eased the "three-strike rule" from life to 25 years. And it gave judges more discretion when dealing with nonviolent drug offenses. It also improved prison conditions, required federal prisons to create programs to reduce recidivism, ban the shackling of pregnant women (I can't believe I'm writing that in 2022) and expanded the use of credits for good behavior. It was a start on a vitally necessary movement to reduce mass incarceration in America.

It had been in the works for a long time with bipartisan support but was blocked by Republican senators including Tom Cotton of Arkansas and Jeff Sessions of Alabama. The Trump White House actually picked up the ball and shepherded it through a difficult legislative process culminating in then-Majority Leader Mitch McConnell, under pressure from the Koch Brothers and Kentucky constituents, using some parliamentary wizardry to get the bill past Cotton. It was passed.

Trump's best piece of legislation was passed because they brought in an attractive reality TV star to talk him into it.

I can't think of any other process that worked as normally as that one during the entire administration and it was largely thanks to Jared Kushner and ... Kim Kardashian.

According to a CNN report at the time, this really was Kushner's baby and Trump was always on the fence, worried about another Willie Horton embarrassing him although he did believe it could buy him some support from Black voters in 2020. Kardashian convinced him that he would be remembered for pardoning Alice Marie Johnson, a 63-year-old woman who had been serving a life sentence for money laundering and a nonviolent drug offense, and Trump relented, agreeing to sign the bill.

That's right. Trump's best piece of legislation was passed because they brought in an attractive reality TV star to talk him into it.

But it will come as no surprise to learn that Trump quickly soured on the whole concept and other Republicans are backing away from it as well. According to Politico, a spike in crime has the GOP right back in its 1980s "tough on crime" mindset.

On Capitol Hill, Republicans made stiffer criminal sentencing a main focus during the Supreme Court confirmation hearings for Judge Ketanji Brown Jackson. Discussions of rising crime are a daily focus on Fox News. And out on the campaign trail, GOP candidates are running ads demonizing Democrats for not doing enough to support police.

Trump is leading the charge. But then he has a history doesn't he?

The man who wrote that grotesque statement signing the First Step Act 30 years later was one of the few astonishing-in-a-good-way moments of his otherwise misbegotten presidency. So naturally, he and his party are repudiating it. Incarcerating Black people is just too fundamental to right-wing ideology. They can't give it up.