"The Flight Attendant" recap: I will not be you 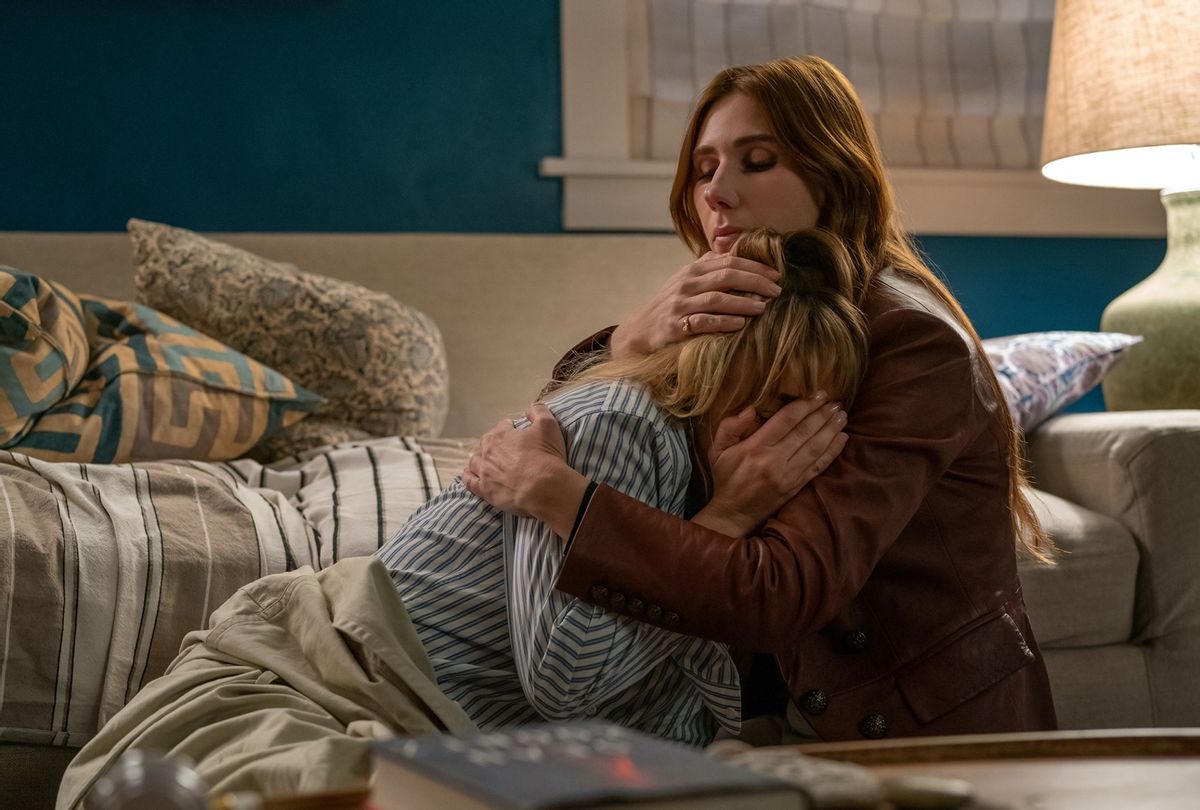 I have a theory about shows like "The Flight Attendant," or any show, for that matter, and it's a theory that I'll be taking no notes on at this time. As soon as Sharon Stone is introduced into the mix, the watchability of a show doubles. There's no proving me wrong on this, because I'm too correct.

The first season of "The Flight Attendant" clicked along just nicely all on its own with a fresh new take on a pretty standard thriller format. And season 2 is reaching cruising altitudes of dramatic intrigue with a whole new grab bag of troubles that Cassie (Kaley Cuoco) is wrapped up in, entangling everyone in her life who gets close enough to become sucked into her funnel of chaos. It's all been great. And more than enough to keep us engaged. But now, with the addition of Sharon Stone as Cassie's mom, Lisa Bowden, we're dealing with some first class stuff here. I mean, as far as I'm concerned Sharon Stone is a powerhouse, gold-plated star who can do no wrong. Iesus Christus, have you SEEN "Casino?"

The destructive sadness of Cassie's life at this point, pitted up against one of the elements that got her to where we've found her, adds a great deal of emotional bleakness to what is already turning into a very dark season.

I knew that Sharon Stone was going to be playing this role, but I gasped the first time she appeared nonetheless. The destructive sadness of Cassie's life at this point, pitted up against one of the elements that got her to where we've found her, adds a great deal of emotional bleakness to what is already turning into a very dark season.

RELATED: "The Flight Attendant": Easy does it

In last week's episode we not only saw Cassie dive deeply back into the bottle, but we learned that she'd been lying about her one year of sobriety. Any sobriety she'd accumulated was actually hard won in fits and spurts, and not in a full calendar year, but it's the ability to wake up the morning after a massive misstep and try again that matters. Cassie is doing a great job. Messy, but great. The intrusive thoughts plaguing her mind just won't let her realize it.

These intrusive thoughts are delivered via visions of her past selves that poke and prod at her when she's down but, as I hinted before in the last recap, I personally think this is the least enjoyable aspect of this season. Cassie does a good enough job inserting these plot pushers all her own without the assistance of all these different versions of her, a tactic that can often teeter towards cheesy, or heavy-handed. It's understandable how the showrunners chose this as a new, and useful method, but I'd much rather rely on good story writing and solid acting, which there's no shortage of here. Especially (yeah, I'll say it again) with the addition of Sharon Stone.

We see the aftermath of Cassie's fall from "sobriety" when Annie (Zosia Mamet) and Max (Deniz Akdeniz) return to Cassie's house and find her passed out on the floor, the place in shambles. Cassie admits to Annie that she hasn't been honest about her drinking and then, feeling ashamed, tries to push her away. Annie, being the reliable friend that she is, just grabs her and pulls her in closer, walking her through the steps she needs to go through in order to get herself back on track.

Cassie says she needs to focus on herself, and stay away from all the CIA stuff for the time being, but shortly after she expresses this to Annie we see Benjamin (Mo McRae,) Cassie's handler, come in nosing around. He's trying to track down Cassie, as so many others are, but Annie distracts him long enough for her to sneak out.

One of the most stressful aspects of this show is that Cassie never gets any downtime to process the numerous upsets and tragedies in her life. As soon as one thing happens, she's swept off to another. Before her hangover from the night before has even had a chance to fade, she remembers that she needs to catch a flight with her brother Davey (T. R. Knight) to go help clean out their mom's house. When she asks for Davey to assure her that their mom won't be there, and that she's actually at a meditation retreat like he promised, we get tipped off to the kind of relationship she has with her. Not a good one. 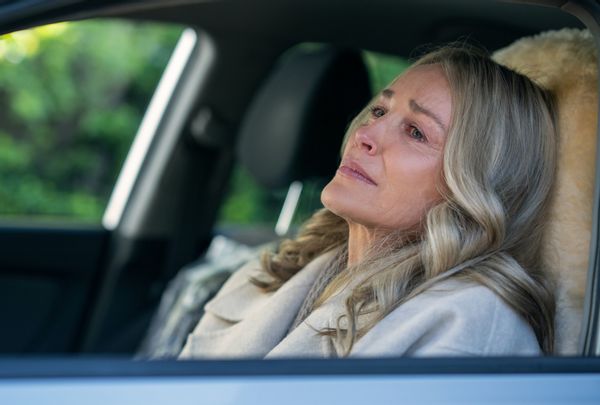 When Cassie and Davey get to the house and it turns out that this whole thing was a setup on Davey's end so that mother and daughter could reconnect, the walls close in around these two women who are both, in their own wounded ways, not ready to open up to that possibility.

Just prior to them arriving at the house, Davey and Cassie stopped by the cemetery so that Cassie could read a letter to their dad, the man who got her into drinking in the first place. "I will not be you," Cassie says at the foot of his grave, hands shaking while holding on to the letter. Now in her family kitchen, she stands in front of her mother and hears a similar sentiment directed towards her. Different words, but with the same hurt behind it.

"I love you. I do. But I don't like you at all," her mom says to her before touching her face lovingly, and then finishing it off with a slap and leaving for work.

All of this just makes the choice to quit drinking harder and harder. Life's pains are often cruelly circular in that way.

From an upstairs window Cassie looks out at her mom sobbing in the driver's seat down below. If she wanted to drink the gasoline out of the cars in the parking lot of the cemetery earlier, she wants to do a keg stand on a jetliner now. Ironic that she started drinking because it brought her closer to her dad, but that closeness created a divide between her and her mom that is now too wide to jump. And all of this just makes the choice to quit drinking harder and harder. Life's pains are often cruelly circular in that way.

Six episodes in, and with everything else going on in Cassie's life, we don't seem to be getting any closer to figuring out who is trying to frame her for murder, but we do get bits and pieces here and there. While Annie and Max are talking about personal stuff in Cassie's house we see her blond doppelganger sneak in and hide a bloody knife. At the very end of the episode, we see that same woman (or we think it's the same woman) shoot ol' milky eye in his good eye. And earlier, while at her mom's house, Cassie finds a box with a lipstick-stained note in, reeking of Santal 33. The note is next to a bunch of loose Viewmaster reels and scrawled on it is "I.O.U," indicating that the Viewmaster containing the clues that Cassie, Annie, and Max have been poring over was stolen from the childhood possessions stored at her mom's house during one of two recent break-ins. Heaps and heaps of clues, and no one to pin them on just yet. Something tells me that Dot (Cheryl Hines), Benjamin's boss at the CIA, has a bigger hand in this than we're being led to believe.

The North Koreans know where Cassie's mom lives. That's bad news. Either this will end up being some great adventure that Cassie and her mom can bond over (unlikely) or it will, somehow, bring danger closer to Cassie's friend Megan (Rosie Perez), the person being sought through Cassie. I have a headache just thinking about all of this. Is it bad to say I need a drink?