"Think about food as another love language," the chef says. "Food is the only art form that we ingest" 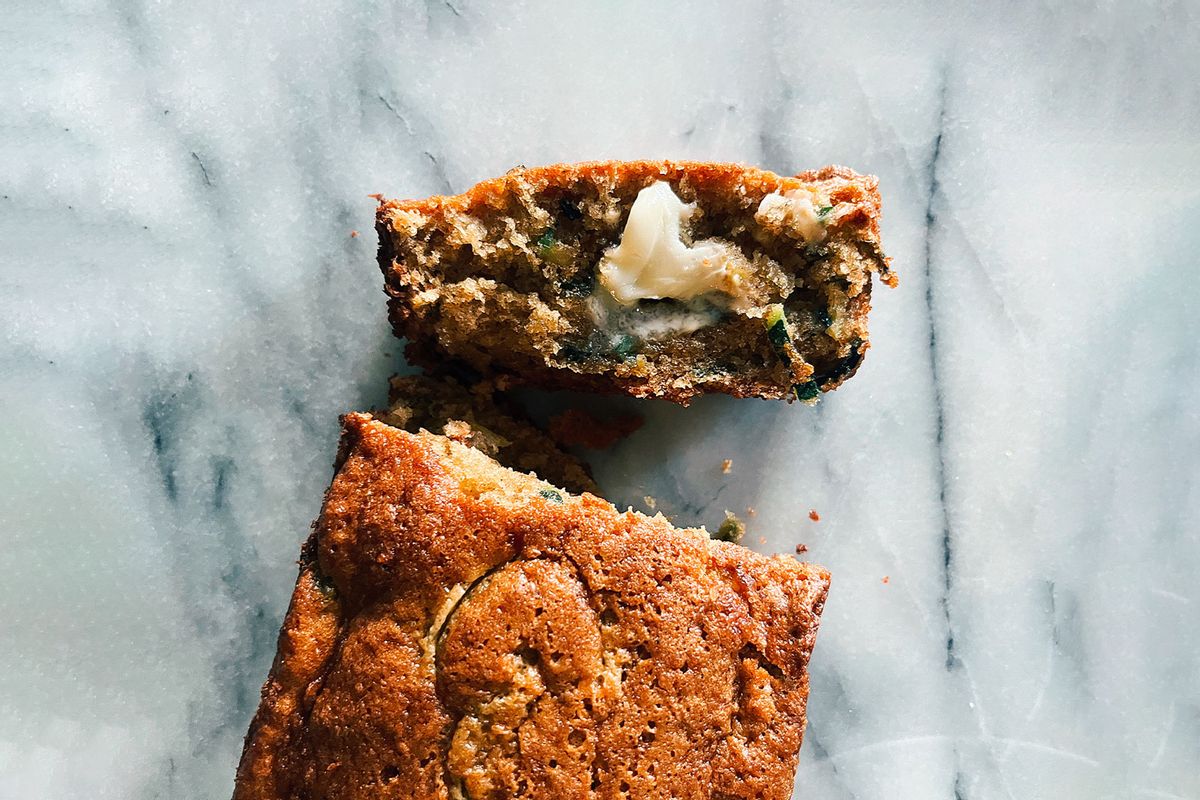 "Show me an America made of apple pie and hot dogs, baseball and Chevrolet and I won't recognize it," Kwame Onwuachi writes in his newest book.

"My America," he explains, "is full of internal rhymes, studded with a thousand languages, references, allusions, bits snatched from here or there, some bits shared, but mostly taken."

Following up his 2019 memoir "Notes From a Young Black Chef," the breakout "Top Chef" contender, James Beard Foundation Rising Star Chef of the Year and restauranteur serves up more thoughtful insight and observation, this time with stunning inspiration for transforming the way you think about cooking in his new book, "My America: Recipes from a Young Black Chef." (Both books were written with author Joshua David Stein.)

"It's more than a cookbook," Onwuachi says during a recent Zoom conversation. "That was important: to just not put a beautiful picture up in a recipe and not really tell the story and the essence of the dish and why it's so important to me."

Instead, Onwuachi provides context for each dish, sharing his personal connection to it, as well as its origins, from Ethiopia to Trinidad to the American South and beyond. There's Jamaican ackee and saltfish; Nigerian chicken and red stew; and a soursop granita from the Bronx, all working together to the tell the tale of, as he writes, the people "who have made homes of their own in these lands to which they first came as captives, those who — despite unimaginable cruelty and inhumane treatment — nevertheless created what is, to my mind, the world's wisest food."

Writing this latest book, Onwuachi says, "was a crash course on cuisine that really represents my culture. I had to dive a little bit deeper than just making a dish that tastes good. My mantra is 'if a dish tells a story, it has a soul.' You're not just cooking for perfect seasoning — you're cooking to really share something with someone. That's what this book did for me. It gave every dish that I have been eating a soul. I learned the importance of it and the history of it that has been forgotten."

"America, it's been said time and time again," he says, "is truly a melting pot of so many different cultures. As a kid, I'm not eating the food and saying, 'What nationality is this?' It's just the food that's in front of me. Growing up, it wasn't just pot roast and cheeseburgers and things like that. It had so much other influence. That's what 'My America' means to me. It's just me sharing my version of what I grew up eating. That's Nigerian food. That's Trinidadian food. That's Jamaican food, even Ethiopian and Creole — all those things. That's what defines my America."

And though Onwuachi can be found on Instagram creating the kind of intricate, inspired meals that have won him acclaim and awards, he hopes home cooks emulate his deep sense of joy and connection.

RELATED: Kwame Onwuachi: Inside the top chef's culinary comeback story and the new film based on his life

"I want people to think about food as another love language," he says. "Food is the only art form that we ingest. You can have fun with it, and you can be as creative as you want. It's also an act of love and selflessness. You're nourishing somebody."

"It doesn't take a professional chef to do this," he adds. "It just takes a little bit of care and love. That's what I want people to do when they're cooking from 'My America.'"

And if cooking new things or just cooking anything feels challenging right now, Onwuachi advises you to take the pressure off and find the pleasure.

"Recipes are like guidelines," he says. "You should be cooking for yourself. If you're making yourself a meal, if you don't like things too spicy, hold back on something. If you don't like a lot of garlic or ginger, hold back on that and just use the recipe as a guideline. If you take it step-by-step, I don't think any of these recipes are super meticulous. Just take your time with it, have fun and don't be too hard on yourself."

"Remove the fear of failure," he adds, "because you're not on the operating table. We're just making dinner, we're just making lunch and sometimes breakfast. You're not on a national stage. There's not 200 diners screaming in the dining room. You're literally cooking for yourself and your family and your friends. They're going to love you regardless. At the very least, if you mess it up, you can order pizza. That's the most important thing. Other than that, just have fun. We are here to have a good time and eat good food. And, at the end of the day, it's all about community."

Onwuachi's love of community and family is all over "My America," exemplified beautifully in a recipe for a comforting, rich zucchini bread studded with crushed pineapple. "That's my grandmother's recipe," he fondly recalls.

And while it can't be improved upon, I've streamlined it just a little by omitting Onwuachi's more meticulous directions for preparing the pans. I've also offered a few alternatives if you don't have any of the ingredients. Onwuachi's recipe makes two gloriously moist, emerald flecked loaves, so you can easily freeze one and enjoy it later. Or, better yet, give it to a neighbor.

Recipe: Zucchini Bread
Inspired by "My America: Recipes from a Young Black Chef" by Kwame Onwuachi with Joshua David Stein