"We cannot exhale once again, make excuses, and accept these tragic realities as the status quo," the actor wrote 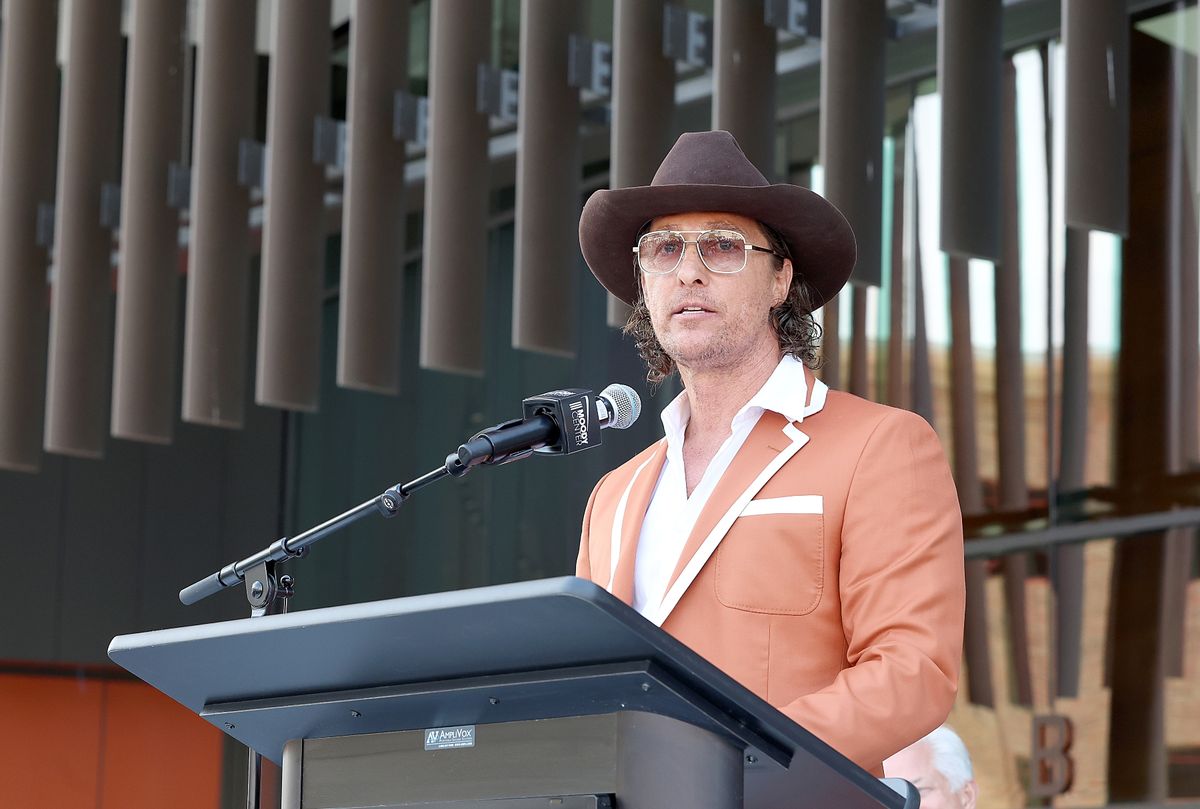 Matthew McConaughey took to social media to address the Texas school shooting — which left at least 21 individuals dead, including 19 students, a teacher and one other adult, on Tuesday — that took place in his native town of Uvalde.

In a statement posted on Wednesday, McConaughey offered prayers to those affected by the recent tragedies and called Americans to question how they can individually protect their neighborhoods, communities and country, stating "we cannot exhale once again, make excuses, and accept these tragic realities as the status quo."

The true call to action now is for every American to take a longer and deeper look in the mirror, and ask ourselves, 'What is it that we truly value? How do we repair the problem? What small sacrifices can we individually take today, to preserve a healthier and safer nation, state, and neighborhood tomorrow?' We cannot exhale once again, make excuses, and accept these tragic realities as the status quo.

The "Interstellar" actor then described gun violence as "an epidemic we can control" but refrained from explicitly using the term "guns" or mentioning the need for gun control reforms within his message. McConaughey also issued a call to action, saying society as a whole "must do better" and that "action must be taken so that no parent has to experience what the parents in Uvalde and the others before them have endured."

This is an epidemic we can control, and whichever side of the aisle we may stand on, we all know we can do better. We must do better. Action must be taken so that no parent has to experience what the parents in Uvalde and the others before them have endured.

"To those who dropped their loved ones off to school not knowing that today was goodbye, no words can comprehend or heal your loss, but if prayers can provide comfort, we will keep them coming," he concluded.

McConaughey has long expressed great pride for his home state and recently considered running for Texas governor. He later explained his decision to opt out of the race in a November video message and said he would find other ways to give back.

"As a simple kid born in the little town of Uvalde, Texas, it never occurred to me that I would one day be considered for political leadership," McConaughey said, per CNN. "It's a humbling and inspiring path to ponder. It is also a path that I'm choosing not to take at this moment."