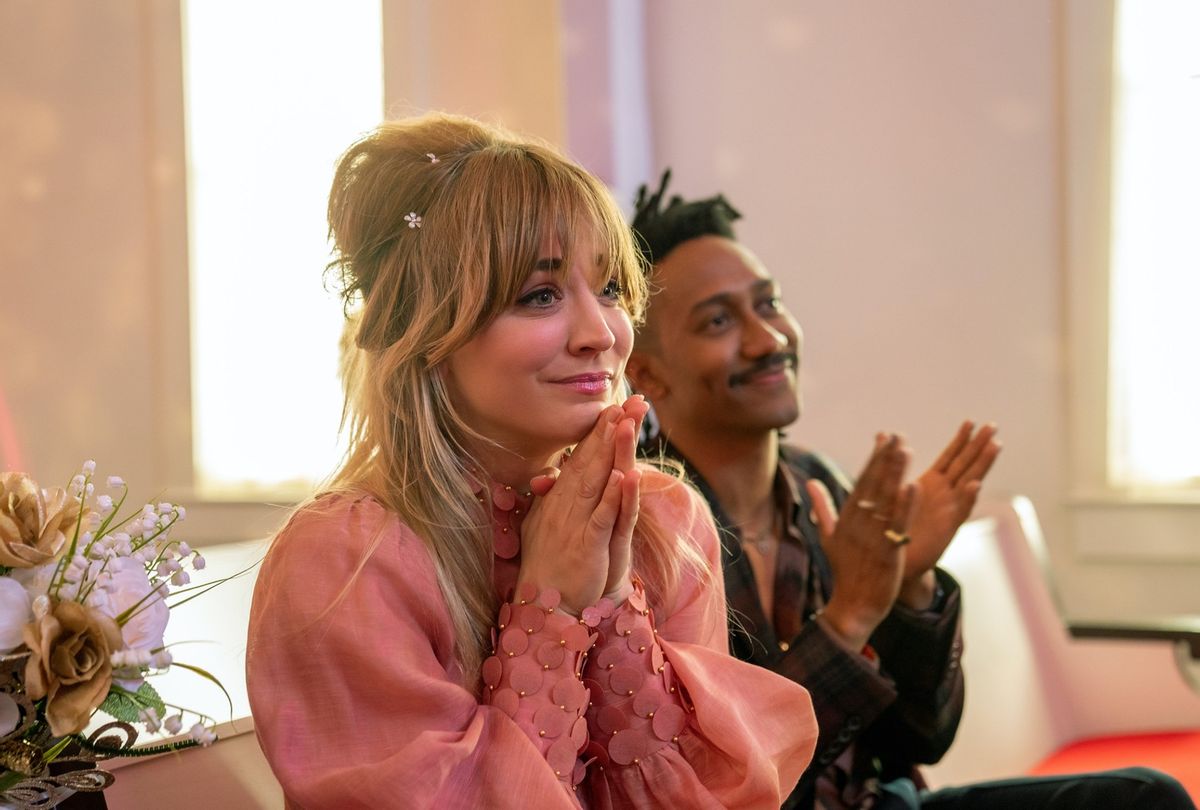 The second season of "The Flight Attendant" has come in for a landing, and while the experience of riding out these eight episodes felt a bit bumpy, the snacks were great and the view from the window seat was nice and clear. So clear, in fact, that I could see the outcome of the finale upon initial take off. But, despite the predictability of the murder mystery plot line, and the unnecessary goofiness of Cassie's other selves popping up like little blond devils on her shoulders, the heart of this season that dealt with a woman's struggle with sobriety and her difficulty with loving herself enough to not self-sabotage everything healthy in her life was impactful.

In last week's episode, after the person mirroring Cassie in an effort to frame her for multiple murders turned out to be Grace (Mae Martin), we were given some rather rushed exposition that tipped us off to the fact that Grace wasn't acting alone in this espionage. Shortly into the finale, as suspected, we come to find that Dot (Cheryl Hines), the CIA director overseeing Cassie (Kaley Cuoco) and her handler, Benjamin (Mo McRae), was the Big Bad all along. But, similar to most other attempted twists and turns in this "mystery," that revelation is more of a "yeah, we knew that," rather than the "holy s**t" that was probably intended.

RELATED: "The Flight Attendant" recap: But what about Carol?

To have the main villain of a season shoved to the side in favor of frequent and, I'll say it again, unnecessary artsy montages visually spoon-feeding Cassie fighting with different aspects of herself feels like a gamble that didn't pay off.

Even though we could see her coming, Cheryl Hines was fantastic in the role of Dot. The actress has had a tough year, being dragged through the mud as a result of her husband Robert F. Kennedy, Jr.'s anti-vaccine tirades and bizarrely insensitive Anne Frank comments, but she has made it publicly known that she does not share her husband's beliefs, and therefore deserves to bask in the huge win of this role which, in my opinion, should have been given way more screen time. To have the main villain of a season shoved to the side in favor of frequent and, I'll say it again, unnecessary artsy montages visually spoon-feeding Cassie fighting with different aspects of herself feels like a gamble that didn't pay off. 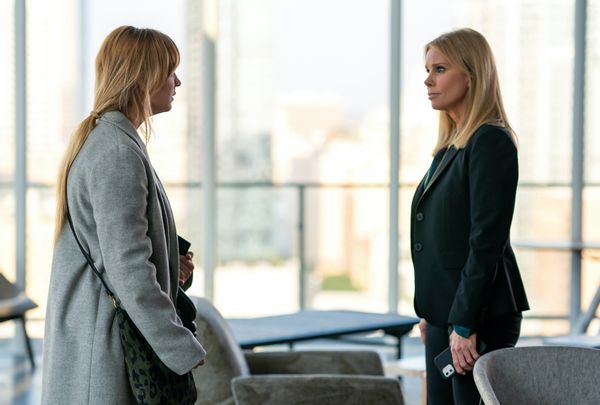 Kaley Cuoco as Cassie and Cheryl Hines as Dot in "The Flight Attendant" (Jennifer Rose Clasen/HBO Max)In addition to us being given the confirmation that Dot was the one orchestrating Cassie's takedown, we see a lot of other loose ends get tied together in rapid-fire succession. Grace, who got pulled from the military into a new, possibly even more dangerous vocation as a spy/assassin was recruited by Dot, who she met while in the service. Were they lovers? I feel like this was hinted at, but the showrunners were too afraid to solidify it. Another missed opportunity.

Megan (Rosie Perez) gets the happy ending she deserves when Cassie connects her with Shane (Griffin Matthews) while he's recovering in the hospital after being stabbed by Grace. Unable to escape the forced interaction, Shane is receptive to Megan's offer to give him her laptop containing information about the North Koreans trying to kill her, in exchange for the safety of her and her family. We later see her reunited with them as they're moving into a pretty, but safely bland home as part of the witness protection program.

Zosia Mamet is fantastic in everything she's in, and I'm not just saying that because I'm still obsessed with "Girls" and make a point to re-watch the series once a year.

Cassie's best friend Annie (Zosia Mamet) marries Max (Deniz Akdeniz) in a kitchy Vegas ceremony, complete with Elvis impersonator, and the two have plans to start their own business as private investigators. This is a spin-off I would happily watch. Zosia Mamet is fantastic in everything she's in, and I'm not just saying that because I'm still obsessed with "Girls" and make a point to rewatch the series once a year.

As the episode clicks to an end, putting a bow on the season with each main character receiving their proper send-off, we watch Cassie put her drama to bed, issue by issue. She's got 30 (real) days sober, she's back working for Imperial Atlantic, she even has a healing phone call with her mom Lisa, allowing us some very pleasurable final moments with Sharon Stone. But where's Davey (T. R. Knight), her brother?

After receiving a few frantic text messages from him, which Cassie fails to answer, and then a worried call from Davey's partner, Cassie learns that her brother had some manner of fit and needs to be picked up from Jenny's (Jessie Ennis) house, the weirdo she knows from AA meetings.

When Cassie arrives at Jenny's house she's confused, and we're confused as well, momentarily. But then! A twist! Turns out Jenny is also a murderer, but a true psycho kind, and not of the CIA/spy variety.

Falling in love with Buckley/Feliks (Colin Woodell), a bad guy from Season 1 who Jenny became pen pals with after learning about him on something called Dapper Death, she was manipulated into stalking Cassie, who Buckley/Feliks wanted revenge against for landing him in prison. A fun little messy surprise at the end, but it felt too rushed to really amount to much.

As of the time of this post "The Flight Attendant" has not been renewed for a third season. Based on Season 2 I'd give it a 50/50 chance of moving forward, but if this is the last we see of Cassie and her friends, they've definitely done enough to earn their wings.