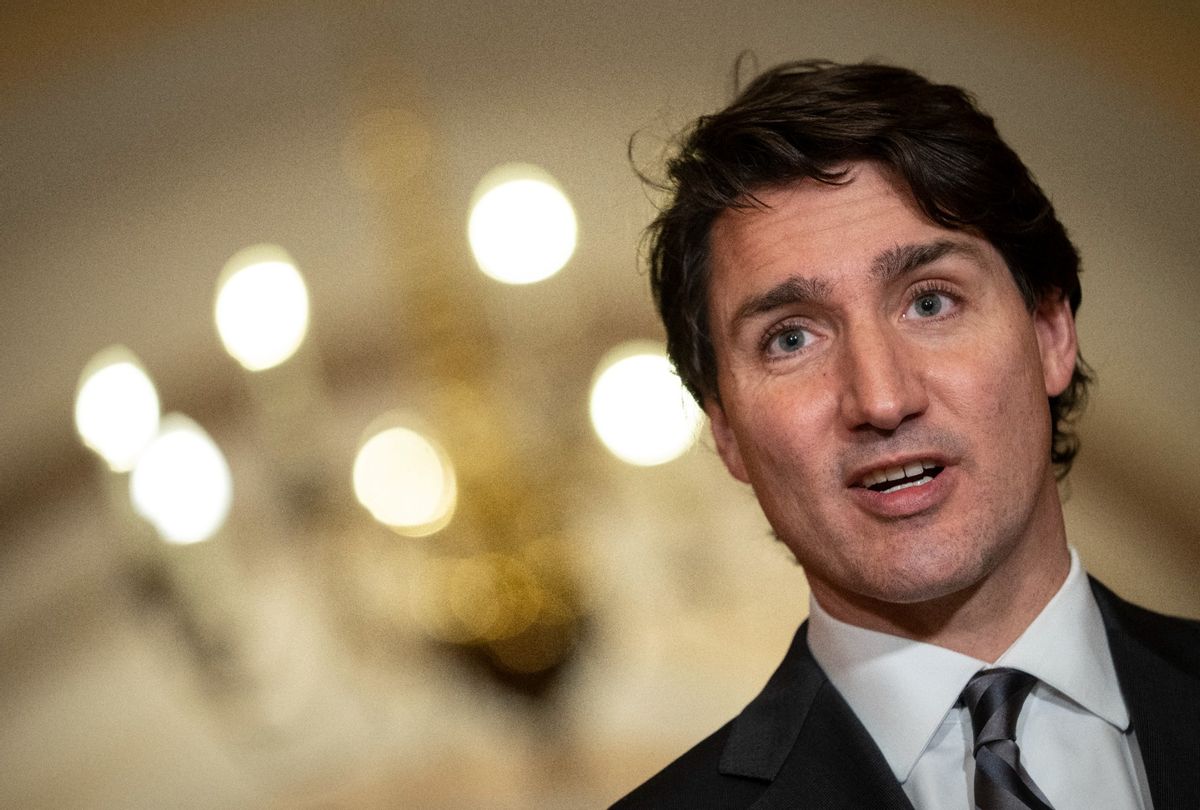 Canadian Prime Minister Justin Trudeau on Monday announced a new proposal cracking down on "military-style assault weapons" and handgun sales, triggering alarm among Republicans in the U.S. who have resisted any gun restrictions in the wake of deadly mass shootings.

Trudeau announced a mandatory buyback program targeting assault weapons and new regulations that will ban sales and imports of handguns. The legislation is expected to pass.

The announcement triggered right-wing lawmakers and pundits south of the Canadian border.

"The dystopian future Trudeau is manifesting in Canada is coming to America if US citizens don't get involved," tweeted Rep. Thomas Massie, R-Ky.

"Canada is turning into New Zealand and they are also trying to do it here," wrote Republican Arizona state Sen. Wendy Rogers, one of the most extreme right-wing lawmakers in the country. "Sound the alarm we must never give up our guns."

The Republican pushback comes as right-wing lawmakers again fight a growing push to enact gun safety legislation after yet another series of mass shootings in the U.S2. Some GOP officials have instead suggested arming teachers or sending armed officers to schools even though an army of cops failed to stop the Uvalde shooter. Others have floated "one-door" policies and other security measures that already failed in Texas.

Canada, on the other hand, has taken a series of steps to restrict guns after a 2020 mass shooting in rural Nova Scotia killed 22 people. Shortly after the shooting, Trudeau used his power to ban the use and sale of more than 1,500 types of rifles, including AR-15s. Trudeau then pushed for a voluntary buyback of assault weapons before ultimately announcing Monday's proposal to require most assault weapon owners to participate.

"As a government, as a society, we have a responsibility to act to prevent more tragedies," Trudeau said at a news conference, adding: "We need only look south of the border to know that if we do not take action, firmly and rapidly, it gets worse and worse and more difficult to counter."

Those countries all have deep gun cultures, as does Canada. There are about 12.7 million guns owned by civilians in the country, or about 34.7 per 100 residents. But those numbers pale in comparison to the United States, which has more than 300 million guns in circulation, or about 120 guns per 100 people.

Canada's program will include some exemptions but will require owners to obtain a permit to keep their assault weapons and mandate that the firearms be modified to make them inoperable. The country already restricted magazines for semiautomatic weapons, requiring that no gun may shoot more than five rounds without reloading.

But Trudeau is going even further, targeting handgun sales as well. The proposal is not an outright ban but aims to restrict the number of handguns in circulation.

"In other words, we're capping the market for handguns," Trudeau told reporters. "Other than using firearms for sport shooting and hunting, there is no reason anyone in Canada should need guns in their everyday lives."

Handguns are already strictly restricted in Canada. but a recent report found that they account for about 60% of gun-related crimes.

Trudeau's proposal would also make it a crime to modify magazines to increase their capacity, would increase criminal penalties for gun smuggling and would enact "red flag" triggers that allow police to seize guns from people a court determines are a risk to themselves or others.

"Gun violence is a complex problem, but at the end of the day the math is really quite simple: The fewer the guns in our communities, the safer everyone will be," Trudeau said. While most gun owners are law-abiding, he added, "we don't need assault style weapons that were designed to kill the largest number of people in the shortest amount of time."