Who wants a monkeypox vaccine? As stockpiles open up, public health experts explain who gets dibs

The country has a stockpile, but there are not enough vaccines for everyone 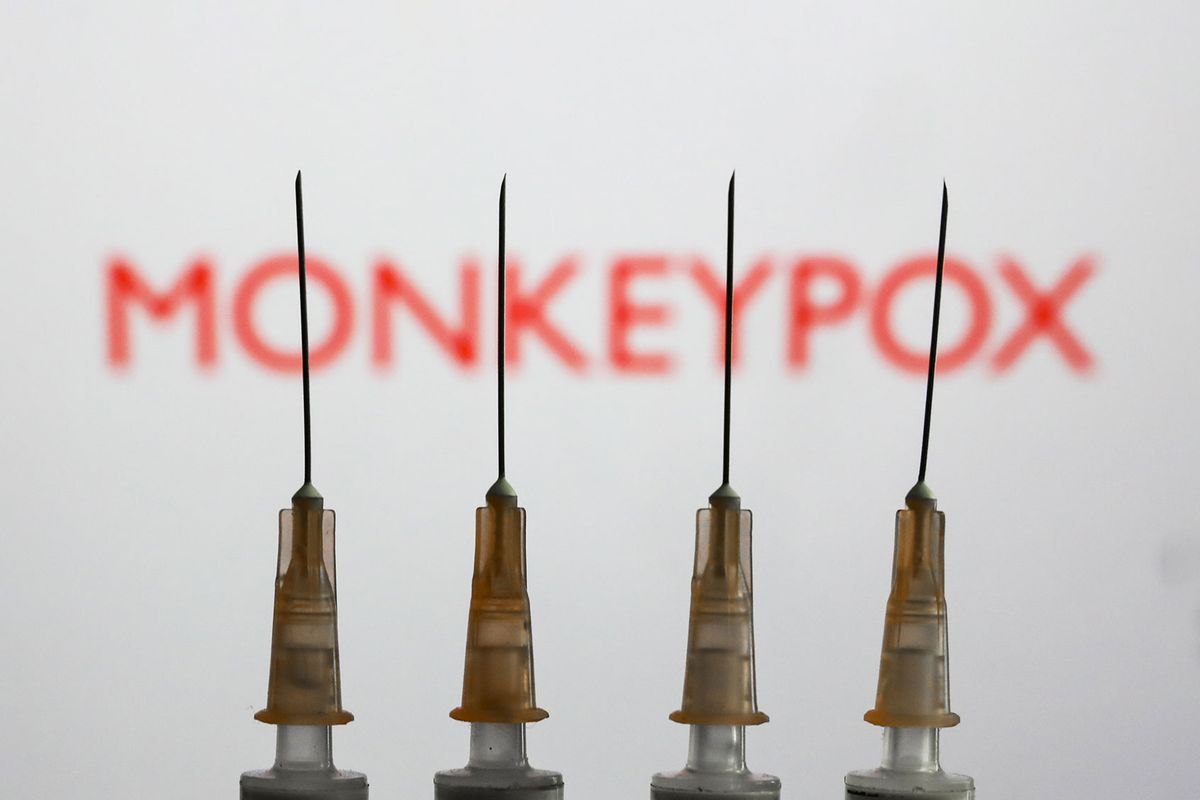 Medical syringes are seen with 'Monkeypox' sign displayed on a screen in the backgound in this illustration photo taken in Krakow, Poland on May 26, 2022. (Jakub Porzycki/NurPhoto via Getty Images)
--

Nearly three weeks ago, news broke that public health officials detected the first case of monkeypox in the United States. While a minor panic has circulated among the public and some media outlets, health authorities have emphasized that there is no need to panic-buy toilet paper as if another pandemic were about to kick off, as case numbers remain very low. Indeed, as of June 1, the Centers for Disease Control and Prevention (CDC) reports there have been at least 19 confirmed cases in 10 states.

Still, as a precautionary measure, the country is gearing up to release vaccines from its national stockpile.

"I can report that there has been a request for release of the Jynneos vaccine from the National Stockpile for some of the high-risk contacts of some of the early patients, so that is actively happening right now," Dr. Jennifer McQuiston, deputy director of the Division of High Consequence Pathogens and Pathology within the CDC's National Center for Emerging and Zoonotic Infectious Diseases, said in a media briefing last week.

RELATED: How 40 years without smallpox vaccinations could make the monkeypox outbreak worse

Indeed, unlike COVID-19, which was caused by a newly-discovered virus (SARS-CoV-2), the country has some monkeypox vaccines readily available in the event that they are needed. That's because monkeypox isn't a new virus, nor is it new in the United States. In 2003, 47 people in six states had confirmed or probable cases of monkeypox. But there aren't that many vaccines in the event that a serious outbreak occurs.

As public health officials noted during a media briefing in May, the U.S. has over 1,000 doses of the two-dose Jynneos vaccine for people 18 years-old and over; that vaccine is licensed to prevent specifically monkeypox — though it also prevents smallpox too, which is closely related. Luckily, the Jynneos vaccine is 85 percent effective in preventing monkeypox. Health officials said they are readying to ramp up availability in the coming weeks.

Monkeypox is a virus that originated in wild animals like primates, and occasionally jumps to humans. The first known case of monkeypox was found in 1970 in a 9-year-old boy in a remote part of Congo. However, it was first identified by scientists in 1958, when there were two outbreaks of pox-like diseases in monkeys used in research laboratories.

According to the CDC, monkeypox can cause symptoms like painful rashes that can appear all over a person's body, swollen lymph nodes, muscle aches, backaches, headaches, fever, fatigue and chills. Eventually lesions form and progress through a number of stages before falling off. Current data from this strain suggests a 3.6% fatality rate, according to the European Centre for Disease Prevention and Control. Most people will recover within two to four weeks after developing symptoms. Unlike COVID-19, which is one of the most contagious viruses ever discovered, transmission of monkeypox is more difficult.

"[Monkeypox] can be spread through close personal contact, often, but not exclusively, skin to skin contact," William Schaffner, a professor of infectious diseases at the Vanderbilt University Medical Center, explained to Salon. "You can also transmit it if you're very close to a person and you're breathing together, but that usually takes a fair amount of time."

As the country gears up to release monkeypox vaccines, the question of who will receive them weighs on the minds of many — particular since there won't be a large supply.

"We are hoping to maximize vaccine distribution to those that we know would benefit from it,"  McQuiston said at the press briefing. "Those are people who've had contact with a known monkeypox patients, health care workers, very close personal contact, and those in particular who might be at high risk for severe disease."

However, Schaffner noted that contact tracing often has issues, and is not a perfect method.

"This is not always easy because not everybody wants to tell you who their contacts are, especially if they've been sexual contacts," Schaffner said. "Sometimes, sexual contacts have been known to be anonymous or people don't use their actual names, so some of this is really very, very challenging."

"There is the possibility that this virus could smolder, traveling person-to-person for quite some time," Schaffner said.

Schaffner added when monkeypox first reappeared, he was "optimistic" public health authorities "could get our arms around this in a couple of weeks." But now, he thinks it could take longer.

Currently, those who have been exposed to monkeypox are being offered vaccines from the stockpile, according to the CDC. Luckily, there is another smallpox vaccine licensed in the United States, ACAM2000, that could be used to prevent monkeypox. The country has more than 100 million doses of that vaccine.

"ACAM2000 is an older-generation smallpox vaccine that has some potential significant side effects with it,"  McQuiston said. "So a decision to use that widely would have to have some serious discussion behind it."

Those who received the smallpox vaccine before it stopped being given in the 1970s will likely have protection against monkeypox.

While the U.S. does seem to be in front of this potential outbreak, that doesn't mean monkeypox isn't a cause for concern.

"There is the possibility that this virus could smolder, traveling person-to-person for quite some time," Schaffner said. "So this may not go as quickly as we first hoped when there were previous introductions of multiple monkeypox into the developed world, that was easier."

Read more on monkeypox and smallpox: