Smallpox vaccinations seem to help prevent monkeypox. Yet they've rarely been given since smallpox was eradicated 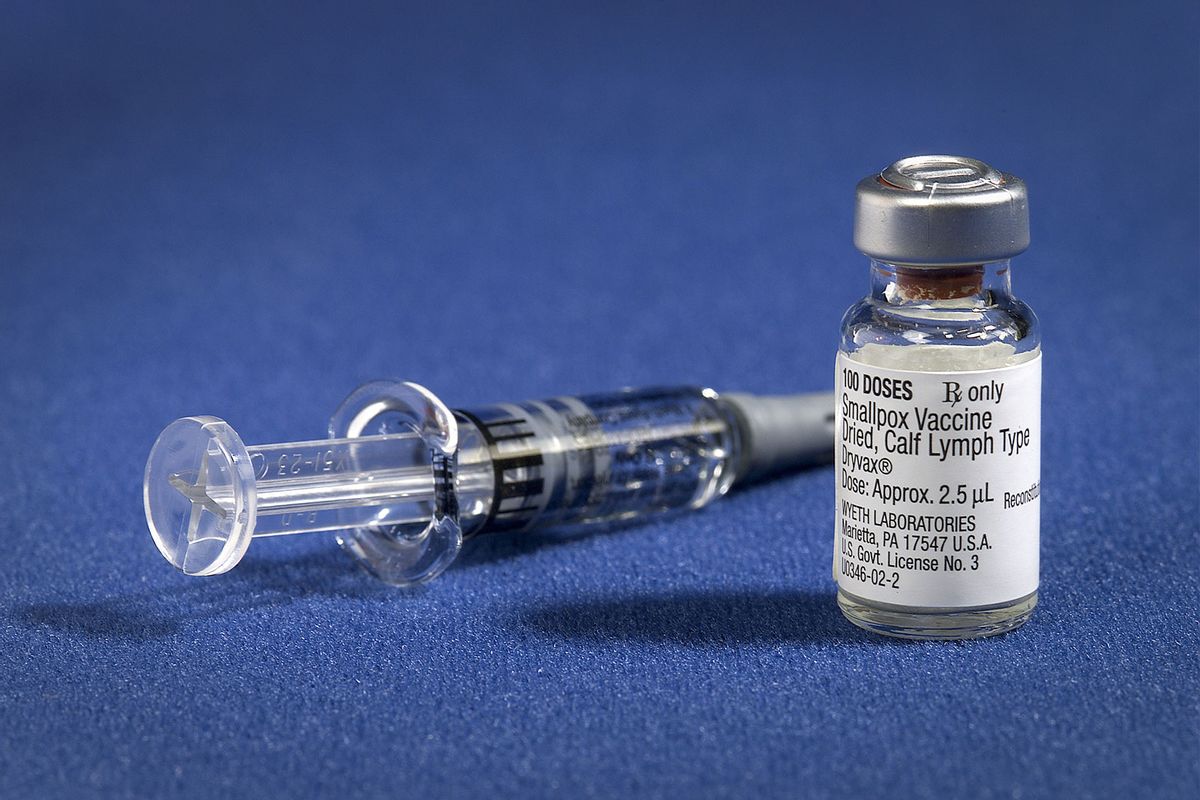 When the World Health Organization announced in 1980 that smallpox had been eradicated, it was considered a great victory for public health — and as a result, vaccination against smallpox became uncommon. While the eradication of a disfiguring disease is unequivocally good, the increase in poxviruses around the world since then is a curious side effect. The reason? Those with the smallpox vaccine (who are almost entirely older than 40) are more protected against other poxviruses, including monkeypox; those who haven't been vaccinated, which is almost all of the younger population, are less protected.

The variola virus, which causes smallpox, is the only disease to have been eradicated by human medicine. Variola now only exists in two locations in the world in secure laboratories in both Russia and the United States. With millions of recorded deaths attributable to smallpox, the WHO aptly describes it as "one of the most devastating diseases known to humanity." However, it was not the only virus of its kind.

Other poxviruses have proliferated around the world, particularly in tropical regions, as climate change progresses, encroachment on wildlife habitats progresses, and geopolitical and armed conflicts impact endemic regions of diseases. When one such poxvirus, known as monkeypox, reached Europe recently, it raised alarm bells.

According to tropical disease epidemiologist Dr. David Heymann, smallpox vaccinations could have prevented the spread of monkeypox.

"If the population was still being vaccinated against smallpox as they were before the eradication [of smallpox], monkeypox would not be transmitting as easily as it is now," Heymann told Salon. "It may have been curtailed in West Africa and other places because of vaccination."

RELATED: The scramble for the smallpox vaccine

As few people younger than 40 to 50 years old have been vaccinated, an estimated 70% of the population no longer has immunity against smallpox — and thus they also have no immunity against monkeypox. Endemic to animal populations — so-called "reservoirs" for the disease — in sub-Saharan Africa, monkeypox has typically only infected humans that come into contact with rodents or other infected animals. Now its epidemiology appears to be changing course for unknown reasons, but one explanation could be waning immunity garnered by smallpox vaccinations.

"Monkeypox is prevented by smallpox vaccination — there's no question about that."

"What we're seeing is the result of non-vaccination for the last 40 years, which is what should have happened. We couldn't continue to vaccinate because vaccination was more dangerous at that time than getting smallpox, which was eradicated," Heymann continued.

This is because smallpox vaccinations offer what is known as cross-immunity. Closely related poxviruses, including orthopoxviruses such as monkeypox, are susceptible to the same antibodies.

According to Dr. Heymann, the interchangeable use of smallpox vaccinations to prevent monkeypox is verified, and is a tangible way to contain an outbreak.

"Monkeypox is prevented by smallpox vaccination," he asserted. "There's no question about that."

Back in 2019, an uptick in monkeypox outbreaks outside of endemic regions precipitated an unofficial meeting between concerned experts in the field, which was held at Chatham House — a London-based think tank. Among the researchers was Dr. Heymann, who is affiliated as a professor with the London School of Hygiene and Tropical Diseases which published a report on their discussions.

Some researchers speculated about the possibility that monkeypox could fill the ecological niche of smallpox, which would have devastating consequences. Indeed, at least 300 million people are estimated to have died from smallpox in the 20th century alone. Now, the epidemiology of monkeypox appears to be changing and reports of other poxviruses are spreading.

Unlike coronaviruses, monkeypox does not mutate rapidly. Only two major strains — the Congo Basin and West African clades — are known. The latter, the West African clade, is responsible for the current outbreak. This is a stroke of luck for those infected.

The Congo Basin clade is also far more deadly. Outbreaks of the West African clade claim the life of approximately 1 out of every 100 people who contract it, which is on par with COVID-19's mortality rate. The Congo Basin clade would be of far greater concern if it were to spread, with an average of 1 out of 10 infections leading to death. That being said, neither are nearly as deadly as smallpox, which historically had a 30% fatality rate.

"The good news is that we have in our own hands the ability to prevent it if we do a risk assessment," Heymann added somewhat optimistically. "If we feel that someone who we're going to be intimate with or going to be in close contact with might have monkeypox then we should take the proper protective measures. … Individuals can have that power even without being vaccinated.

Read more on monkeypox and smallpox: