Federal grant may pay for demolition of Robb Elementary

Uvalde Mayor Don McLaughlin says the location of the school shooting massacre should be wiped, and Biden agrees 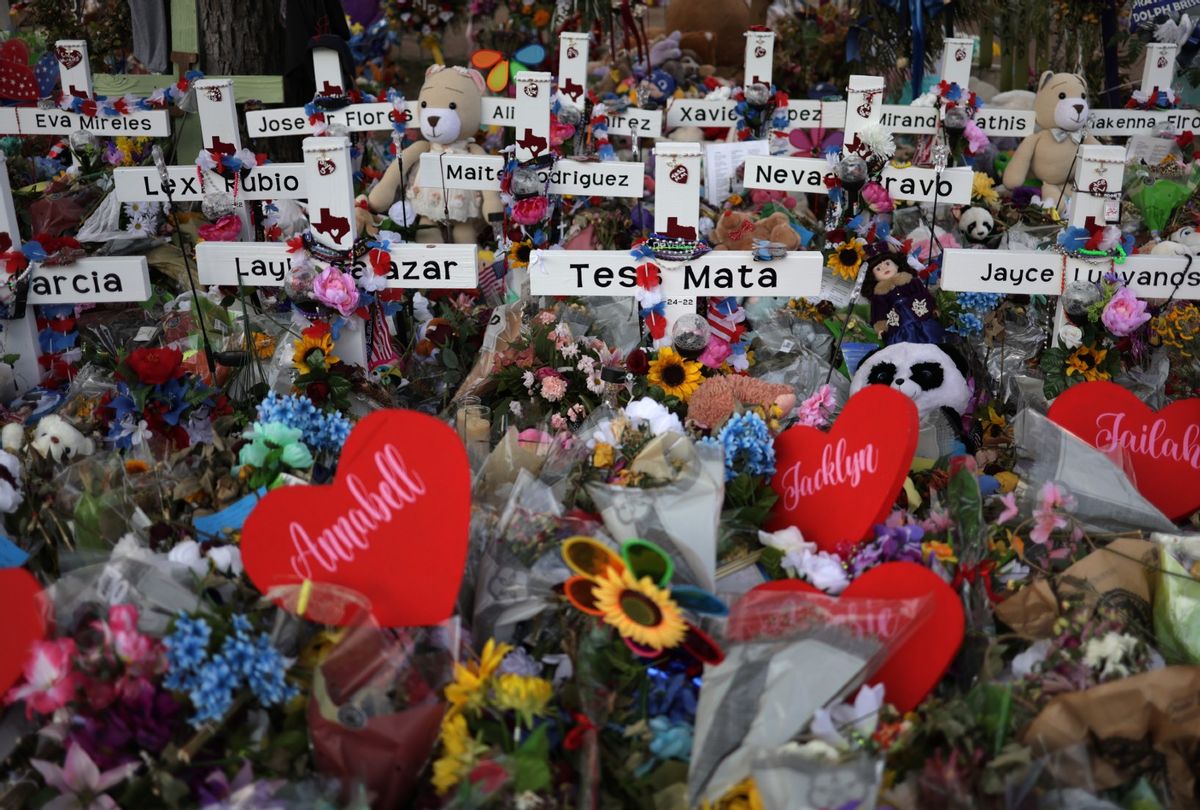 Wooden crosses are placed at a memorial dedicated to the victims of the mass shooting at Robb Elementary School in Uvalde, Texas (Alex Wong/Getty Images)
--

Robb Elementary School, the site of the tragic shooting on May 24 where 19 children and two teachers were killed, may be demolished using federal grant money, according to Uvalde Mayor Don McLaughlin.

"I don't think anybody's plans are but to tear that building down," McLaughlin said in a quote to NBC. "I would never ask, expect, a child to ever have to walk in those doors ever, ever again. That building needs to be gone."

State Sen. Roland Gutierrez of San Antonio, who oversees the Uvalde district, agrees with McLaughlin and when President Biden paid a visit to the school to pay his respects at a memorial service, the matter was discussed with him in an effort to gain federal assistance.

RELATED: Why Republicans will always ignore the red flags of mass shootings

"The president said we're going to work on a grant," Gutierrez said in an interview with MSNBC. "Here's a sad state of affairs, we actually have a federal grant for schools that undergo this type of devastation, and it's upwards to $45 million to raze these schools. What does that say about this problem in America?"

On Wednesday, the Robb Elementary school district's superintendent issued a statement saying the surviving staff and student body will not be returning to the school.

"We are working through plans on how to serve students on other campuses and will provide that information as soon as it is finalized," Superintendent Hal Harrell's statement details. "We are also working with agencies to help us identify improvements on all UCISD campuses."

"We're going to look to raze that school and build a new one," President Biden is said to have told State Sen. Gutierrez during his visit to the school.

The demolition of Robb Elementary will follow the precedent set by Sandy Hook Elementary, destroyed in 2013 in response to the mass shooting that took place there in 2012.