Why won't Joe Biden tell us the truth about the danger of nuclear war?

The danger of nuclear war is higher than at any time since the Cuban missile crisis. Yet our president is silent 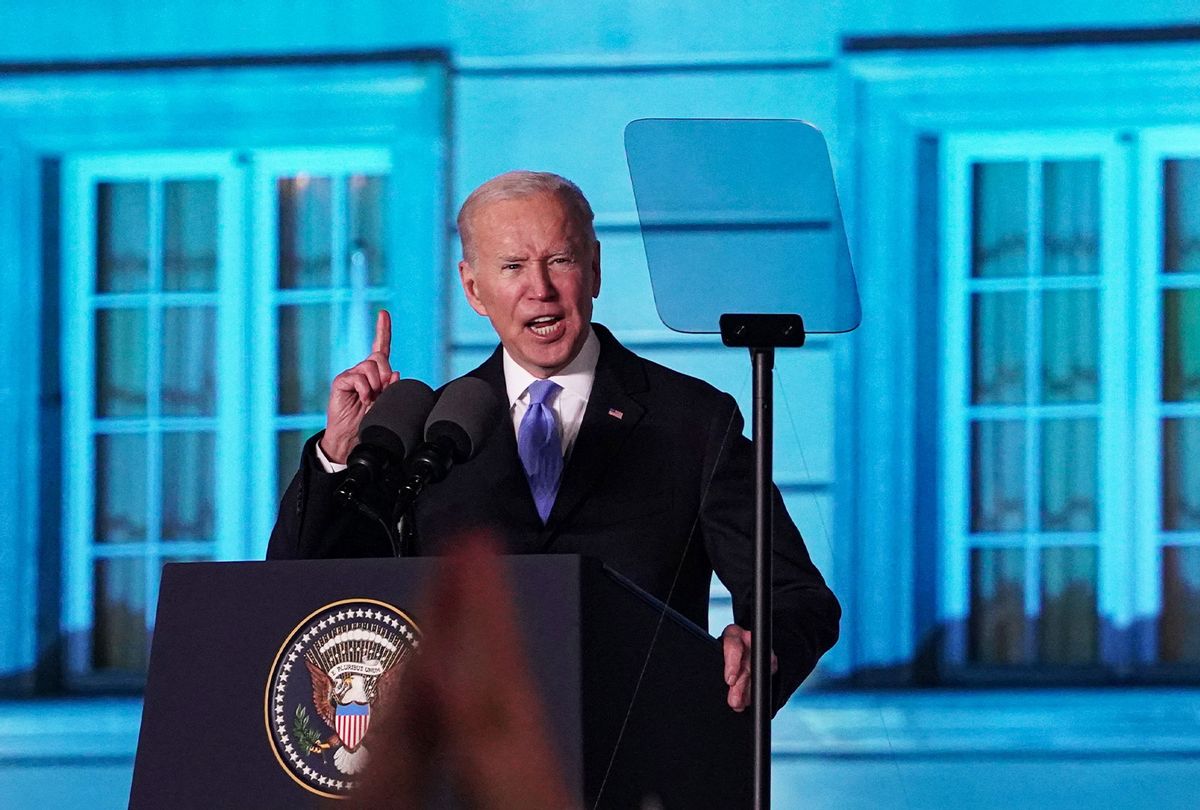 I've just finished going through the more than 60 presidential statements, documents and communiqués about the war in Ukraine that the White House has released and posted on its website since Joe Biden's State of the Union address in early March. They all share with that speech one stunning characteristic — the complete absence of any mention of nuclear weapons or the danger of nuclear war. Yet we're now living in a time when those dangers are the worst they've been since the Cuban missile crisis in 1962.

You might think that the risks of global nuclear annihilation would merit at least a few of the more than 25,000 words officially released on Biden's behalf during the 100 days since his dramatic speech to a joint session of Congress. But an evasive pattern began from the outset. While devoting much of that speech to the Ukraine conflict, Biden said nothing at all about the heightened risks that it might trigger the use of nuclear weapons.

A leader interested in informing the American people rather than infantilizing them would have something to say about the need to prevent nuclear war at a time of escalating tensions between the world's two nuclear superpowers. A CBS News poll this spring found that the war in Ukraine had caused 70 percent of adults in the U.S. to be worried that it could lead to nuclear warfare.

RELATED: Putin's endgame: Will it be stalemate, nuclear war — or regime change in Moscow?

But rather than publicly address such fears, Biden has dodged the public — unwilling to combine his justifiable denunciations of Russia's horrific war on Ukraine with even the slightest cautionary mention about the upward spike in nuclear-war risks.

Biden has used silence to gaslight the body politic with major help from mass media and top Democrats. While occasional mainstream news pieces have noted the increase in nuclear-war worries and dangers, Biden has not been called to account for refusing to address them. As for Democratic leaders on Capitol Hill, party loyalties have taken precedence over ethical responsibilities. What's overdue is a willingness to insist that Biden forthrightly speak about a subject that involves the entire future of humanity.

Biden has used silence to gaslight the public about the nuclear danger, with help from major media and top Democrats.

Giving the president and congressional leaders the benefit of the doubt has been a chronic and tragic problem throughout the nuclear age. Even organizations that should know better have often succumbed to the temptation to serve as enablers.

In her roles as House minority leader and speaker, Nancy Pelosi has championed one bloated Pentagon budget increase after another, including huge outlays for new nuclear weapons systems. Yet she continues to enjoy warm and sometimes even fawning treatment from well-heeled groups with arms-control and disarmament orientations.

And so it was, just days ago, when the Ploughshares Fund sent supporters a promotional email about its annual "Chain Reaction" event — trumpeting that "Speaker Pelosi will join our illustrious list of previously announced speakers to explore current opportunities to build a movement to reduce and eventually eliminate nuclear weapons once and for all."

The claim that Pelosi would be an apt person to guide listeners on how to "build a movement" with such goals was nothing short of absurd. For good measure, the announcement made the same claim for another speaker, Fiona Hill, a hawkish former senior director for Europe and Russia at the National Security Council.

Bizarre as it is, the notion that Pelosi and Hill are fit to explain how to "build a movement to reduce and eventually eliminate nuclear weapons" is in sync with a submissive assumption — that there's no need to challenge Biden's refusal to address nuclear-war dangers.

The president has a responsibility to engage with journalists and the public about nuclear weapons and the threat they pose to human survival on this planet. Biden should be urgently pushed toward genuine diplomacy, including arms-control negotiations with Russia. Members of Congress, organizations and constituents should demand that he acknowledge the growing dangers of nuclear war and specify what he intends to do to diminish those dangers instead of fueling them.

Such demands can gain momentum and have political impact as a result of grassroots activism rather than beneficent elitism. That's why, this Sunday, nearly 100 organizations are co-sponsoring a "Defuse Nuclear War" live stream — marking the 40th anniversary of the day when a million people gathered in New York's Central Park, on June 12, 1982, to call for an end to the nuclear arms race.

That massive protest was in the spirit of what Martin Luther King Jr. said in his speech accepting the Nobel Peace Prize in 1964: "I refuse to accept the cynical notion that nation after nation must spiral down a militaristic stairway into the hell of thermonuclear destruction."

In 2022, the real possibility of such a hell for the entire world has become unmentionable for the president and his enablers. But refusing to talk about the dangers of thermonuclear destruction only makes it more likely.

Read more on the threat of nuclear war: