From chains of command to complicated arming switches, this is what stops nuclear accidents from happening (so far) 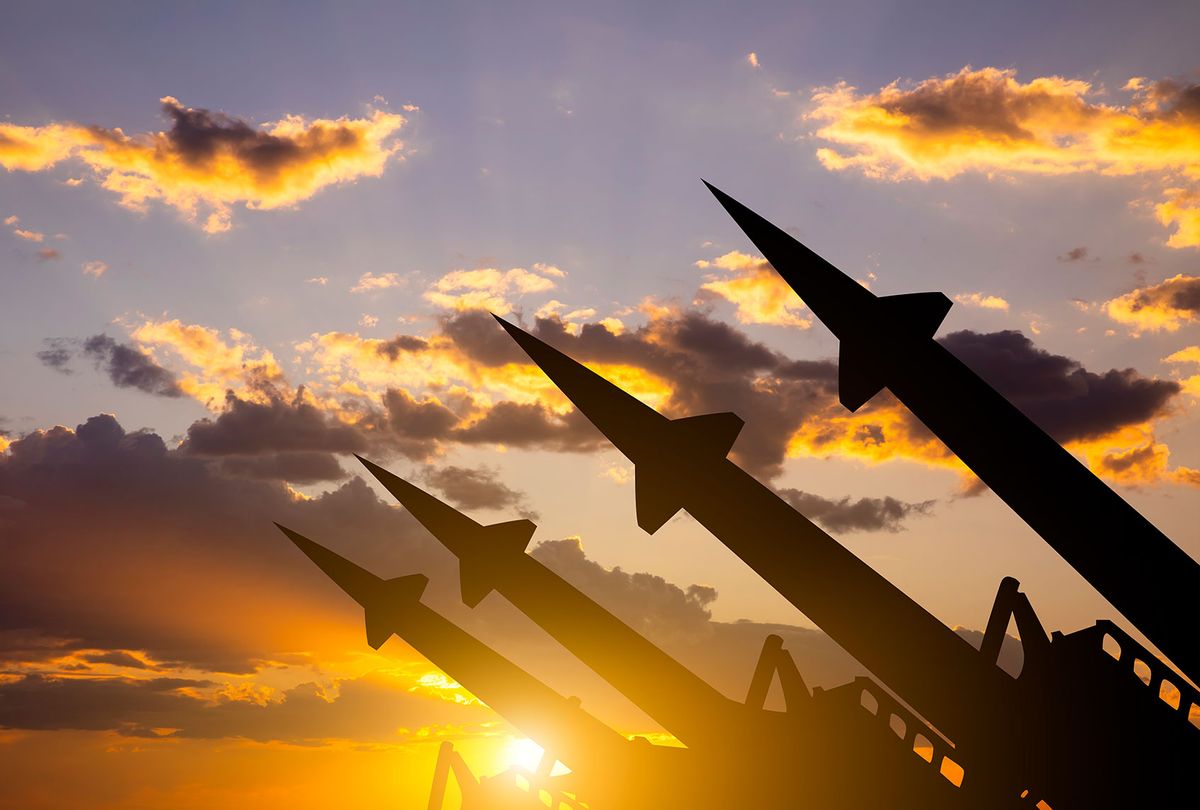 During the nadir of the Watergate scandal in the 1970s, President Richard Nixon hit the bottle hard — to the point that the American security establishment was scared that he might drunkenly cause an international incident. Given that Nixon had control over the American nuclear arsenal, this was, to say the least, a sobering prospect. Yet thankfully for humanity (if not as much for the integrity of American democracy), the military figured out a way to circumvent the elected commander in chief.

"If you go back to the Nixon era, right toward the end during the Watergate period, when Nixon was drinking heavily and had become erratic, the secretary of defense at that time was Jim Schlesinger, an extraordinarily bright man and very principled," David Gergen, a veteran political operative whose career traces back to Nixon's administration, told Salon in 2017. "And he told the joint chiefs, if you get an order from the president to fire a nuclear missile, you do not do that. Don't take an order from the commander in chief until you call me and I give you personal approval, or you get the personal approval of the secretary of state."

The Nixon incident seems particularly relevant in 2022, as Russian President Vladimir Putin's botched invasion of Ukraine is again raising the prospect that one world leader's personality quirks will result in a nuclear war. Yet there are mechanisms in place, figuratively and literally, to protect the human species from the capriciousness of the handful of people who get to control nuclear weapons. Some of those controls are human — people, often military brass, that provide some friction in-between a politician and the big red button. In other cases, the controls are technologic — electrical controls designed to stop an accident or a rogue incident.

Bombs are designed to be idiot-proof (though idiots are unpredictable)

According to the nonprofit global security organization The Nuclear Threat Initiative, the way to assess if a nuclear weapon is "safe" is to determine if it will "produce yield," which is the scientific term for a nuclear explosion. They also differentiate between an accidental detonation of that nature, and a lesser accident that merely spreads nuclear material around. While the latter event is still terrible (the Chernobyl nuclear incident in 1986, though involving a plant and not a weapon, is a good example of why), it is the former that most frightens both experts and the public — and has prompted a number of key design decisions in the devices themselves.

The gold standard is something known as the Walske Criteria, named after nuclear expert Carl Walske. He determined that every weapon must be designed so that, from a strictly mathematical perspective, there is only a one-in-a-billion chance that it could produce yield in a routine situation (such as while it is sitting in a silo) and only a one-in-a-million chance of it doing so during a freak occurrence like being dropped or an explosion going off near it. Every weapon contains layered components and numerous systems that have to all be activated in a precise order before it can detonate.

One crucial concept, attributable to Los Alamos physicist Harold Agnew, is known as "one-point safety." Agnew recognized that human beings who interact with weapons every day will eventually develop a casual approach toward handling them, making small accidents inevitable. Each weapon would need to be able to withstand the impact of, say, being fumbled onto a tarmac; this principle was eventually broader to cover being mistakenly dropped from a large height. According to a 1987 report by Los Alamos weapons designers Robert Thorn and Donald Westervelt, "it thus became a major design objective to assure that even when fissile and high-explosive components were fully assembled, there would be no nuclear yield if an accident resulted in detonation of the high explosive. Since such a detonation might start at any single point on or in the explosive components, this design objective came to be known as 'one-point safety.'"

Of course, this does not account for Russia's nuclear arsenal, nor those of other nuclear countries like China, France, India, Israel, North Korea, Pakistan and the United Kingdom. It does not account for how America's nuclear arsenal is aging, and as such is in constant risk of experiencing potentially dangerous mechanical failures due to simple neglect. In addition, it does not consider the situation with Nixon — where the "mistake" is not mechanical or human error, but rather a human bad actor.

In theory, no rational person would intentionally implement a policy that would result in the end of the world — and, by extension, their own death. This hypothesis has informed foreign policy since America dropped nuclear weapons on Japan in 1945 to end World War II. As Dr. Jasen Castillo from the George H.W. Bush School of Government at Texas A&M University told Salon earlier this month, "there are very few cases where people pursue goals other than self-preservation — or in other words, where self-preservation is not the primary goal."

Yet he also acknowledged exceptions such as Adolf Hitler vowing to "fight to the death" near the end of World War II. Fortunately for humanity, Hitler did not have nuclear weapons — but what of the Nixons?

The unsettling answer is that, to the extent that countries are transparent about their procedures for using nuclear weapons, it seems that the power is concentrated in the hands of the executive. This means that, for Russia, Putin alone has discretion over whether to use those weapons. That power is held in the Cheget, a small briefcase that Putin keeps close to himself at all times. It provides him with complete and undisputed command over Russia's entire strategic nuclear arsenal, and allows Putin to immediately transmit orders to the appropriate military personnel. Putin is also keeping himself physically remote from all but a handful of people, rarely meeting with people face-to-face and when doing so almost always maintaining significant distance. It remains unclear how these details impact the processes for his use of nuclear weapons.

In the United States, however, things are not necessarily much better. During Trump's presidency, Gergen told Salon in 2017, "I've asked people in the Defense Department, 'Do you think there's a similar arrangement today between [Secretary of Defense Jim] Mattis and the four-star generals?' And the answer they've given me back — I don't think there's any reason to believe he's giving such an order ... [is] that if they're given an order that they think comes from an erratic personality, they will double-check it with the secretary before they carry it out." In both the Nixon and Trump situations — as well as those for any other hypothetical presidents who may be unfit to control America's nuclear arsenal — it seems that unelected military officials adopted a "fly by the seat of their pants" approach to contain potentially volatile situations.

Things got hairy a few times

A "Broken Arrow," in this context, does not refer to a damaged street sign, but one of the dozens of occasions since 1950 when there was a dangerous nuclear weapon accident. One of the most infamous is the so-called Damascus Incident, which occurred in 1980 in an Arkansas town of the same name. While performing routine maintenance, an Air Force repairman accidentally dropped a heavy wrench socket, which landed at the bottom of the silo after bouncing off a nuclear missile and striking a pressurized fuel tank. The entire area was evacuated and, more than eight hours later, an explosion killed one person and injured 21 others.

Sometimes the incidents drag in innocent countries. In 1966, a B-52 bomber carrying four hydrogen bombs was flying over Spain as part of America's policy to always have a first strike capability over the Soviet Union in the event of a "hot" war. During a routine refueling, the bomber accidentally crashed into a KC-135 tanker. The entire unarmed nuclear payload was released; three of the hydrogen bombs landed on the ground while the fourth was dropped into the Mediterranean Sea. (Seven military personnel were also killed in the incident.)

Then there are other types of close calls. Many are false alarms — some official being incorrectly told that a major nuclear retaliation might be warranted based on faulty information usually due to human or technical errors. But sometimes things get even hairier. In 1961, a B-52 bomber experienced a mechanical failure and in the process accidentally dropped and almost detonated a hydrogen bomb in North Carolina. As journalist Eric Schlosser told NPR in 2014, "One of those hydrogen bombs went through all of its proper arming steps except for one, and when it hit the ground in North Carolina, there was a firing signal sent. And if that one switch in the bomb had been switched, it would've detonated a full-scale — an enormous, enormous thermonuclear explosion — in North Carolina."