Experts once thought mutually assured destruction would prevent nuclear war. Now they're not so sure 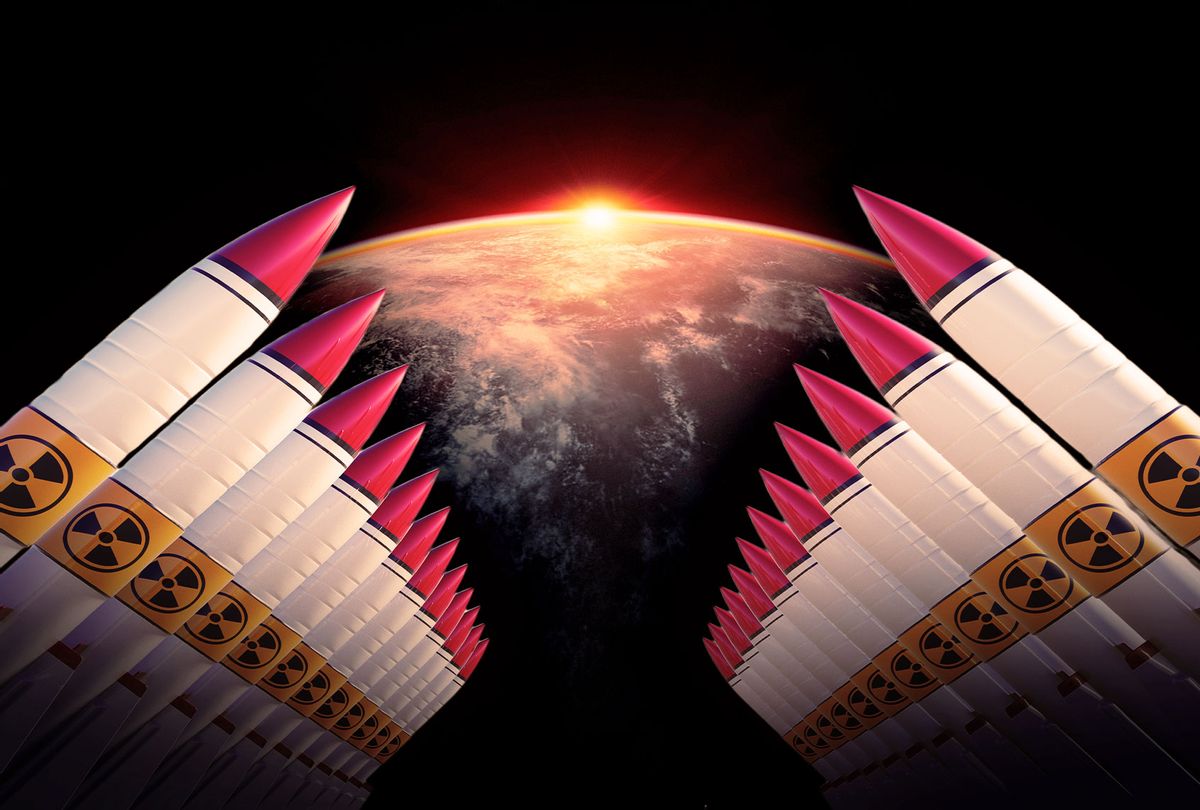 In a recent editorial for The New York Times, Russian journalist Mikhail Zygar — who wrote a book about Vladimir Putin called "All the Kremlin's Men: Inside the Court of Vladimir Putin" — explained that the autocrat's most influential adviser is Dr. Yuri Kovalchuk, the largest shareholder in Rossiya Bank and controlling shareholder of several state-approved media outlets. As a result, Putin seems to share Kovalchuk's worldview, one which "combines Orthodox Christian mysticism, anti-American conspiracy theories and hedonism." It is also obsessed with resurrecting the Russian empire, holds that the way to do so is to conquer Ukraine, and which is utterly unconcerned with how present conditions might hinder the achievement of that goal.

In other words, while Putin still sounds like a man who is concerned about his own survival, it is not absolutely certain that this is still how he feels. Even though it is likely his priority, observers cannot be positive that he feels that way — and considering that he controls nuclear weapons which could destroy humanity, that poses a significant problem.

So is the doctrine of nuclear deterrence — that is, the idea that nations which possess nuclear weapons will be less likely to start major wars because of the potentially devastating human costs — now obsolete?

The notion of mutually assured destruction drove Cold War foreign policy, and led both the Soviet Union and the United States to spend tremendous sums of their money on massively expensive nuclear arsenals rather than social programs. Now, many experts think that it's obsolete and may have never even worked in the first place — suggesting we made all these world-destroying weapons for nothing.

"Putin has shown that relying on nuclear deterrence to deter all war is flawed," Dr. Scott D. Sagan, Co-director of the Center for International Security and Cooperation at Stanford University, told Salon by email. "Clearly it has not deterred his willingness to attack a neighbor, though not a NATO ally of the [United States]."

Part of the problem, from a psychological perspective, is that the theory of nuclear deterrence rests on the idea that world leaders will be averse to their own possible deaths. That is the fundamental premise of mutually assured destruction, which is often referred to by the apropos acronym "MAD." Because nations with nuclear weapons can destroy the planet, the premise of MAD is that leaders of nuclear powers will avoid wars that could potentially involve those weapons out of pure self-interest.

Yet this belief rests on the assumption that those leaders will always prioritize their own survival above all else — or that their assessment of the political circumstances surrounding their best interests will always be based on relatively accurate information. And this is the potentially flaw in the psychological assumption underpinning nuclear deterrence.

"I think that it's a good assumption as a baseline assumption, but there are probably exceptions," Dr. Jasen Castillo from the George H.W. Bush School of Government at Texas A&M University, told Salon.

Castillo wrote an article last year about whether nuclear deterrence is still relevant in the modern age. "I'm thinking about Hitler playing a lot of Wagner at the end of World War II and talking of fighting to the death. My dissertation advisor and a colleague are writing a book on this question and they argue that the assumption is good. And there are very few cases where people pursue goals other than self-preservation — or in other words, where self-preservation is not the primary goal."

"Nuclear deterrence is unstable," Kugler told Salon by email. "Massive retaliation that applies to all nuclear versus non-nuclear nations has been rejected. Our work shows that Mutual Assured Destruction is tenuous. The adoption of wear fighting strategies by the global powers and all smaller nuclear nations are preparations for potential conflict. The Ukraine crisis is not changing structural conditions."

He added that, while experts agree that the probability of war goes down as the likely costs go up, "for too long analysts argued that nuclear war can only be initiated by 'accident' or 'miscalculation.' Analysis of deployment of nuclear weapons shows that policy makers make rational decision to advance their policies. Deployment of tactical nuclear capabilities indicate that the objective is to limit the costs of a nuclear war, not avert it."

This means that, in the case of someone like Putin, the leader of a nuclear power could be incorrectly convinced that they can run a successful war with limited costs and thereby put the rest of the world in danger.

"Putin is a personalist dictator surrounded with yes men," Sagan opined. "His decision to attack Ukraine illuminates the dangers of leaders making life and death decisions without the checks and balances systems that democracies included."

Castillo had a similar observation, pointing out that "Putin and other leaders might care about survival but also be very risk acceptant in their behavior, especially when it comes to pursuing an objective that is high stakes."

If there is any comfort, it is that Putin has not deviated significantly from the geopolitical order that has existed since the start of the Cold War. He has merely reminded humanity that it never went away.

"I don't think he's flouting the idea of mutually assured destruction or nuclear deterrence, but instead he is reminding us that we need to stay out [of Ukraine] because that's what you risk," Castillo explained. "This is a very uncomfortable topic for Americans because — I don't know your age, but I am a child of the Cold War, and I remember "The Day After" — and then the Cold War ended." Yet while nuclear deterrence may protect the countries that have nuclear weapons, it still does not extend to the rest of the world. Just because the Cold War ended, however, that does not mean the nuclear issues at their core also went away.

"Now we're entering a period where we need to think about what it's gonna be like to conventionally fight nuclear-armed adversaries," Castillo told Salon. "The American military wants every war to be like the first Gulf War and our adversaries want us to calculate that not so fast, because we have something that Saddam Hussein didn't have. We have nuclear weapons."

For more Salon coverage of nuclear war and related issues: