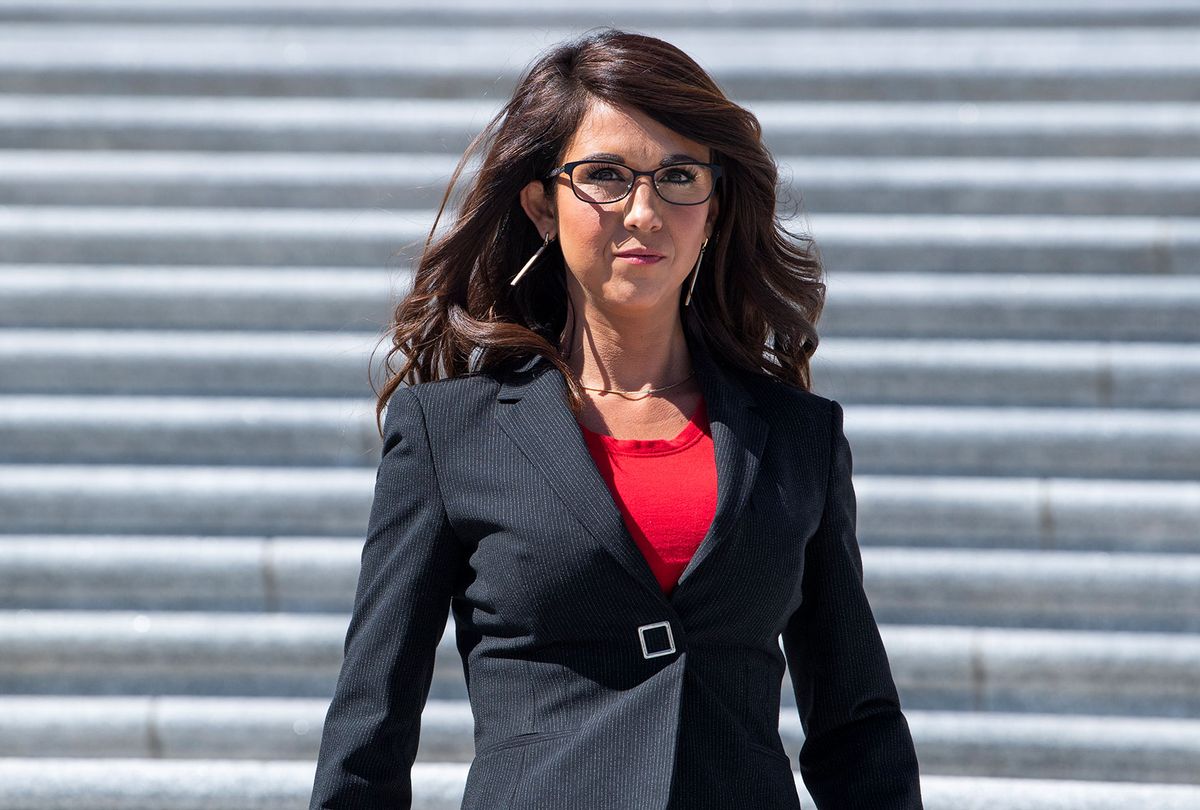 Colorado officials are investigating whether Rep. Lauren Boebert, R-Colo., violated laws by reimbursing herself more than $22,000 from her campaign before paying off $20,000 in state tax liens.

Colorado Attorney General Phil Weiser's office told The Denver Post on Wednesday that it referred a complaint accusing Boebert of fraud to "appropriate agencies to evaluate the allegations and whether any legal actions are justified."

The Denver Post reported in February 2021 that Boebert paid herself more than $22,000 in mileage reimbursements, sparking questions from campaign finance watchdogs. Candidates for federal office can reimburse themselves up to 57.5 cents per mile, meaning Boebert would have had to drive more than 38,000 miles — far more than the entire circumference of Earth — despite attending few publicly advertised events amid the pandemic.

American Muckrakers PAC, a group that recently helped spread embarrassing photos and videos of Rep. Madison Cawthorn, R-N.C., before his primary defeat, filed a complaint to Weiser earlier this month.

Deputy Attorney General Janet Drake told David Wheeler, the group's president, that the department would work with the Colorado Department of Revenue and Department of Labor and Employment "to investigate the issue," according to The New York Times.

"Colorado deserves more than an irresponsible, loudmouth member of Congress," Wheeler told the outlet. "Maybe it's time for Boebert to look for another line of work."

Boebert, the owner of Shooters Grill, faced eight tax liens from the Department of Labor and Employment totaling about $20,000 between 2016 and 2020 for failing to pay unemployment premiums. In late 2020, Boebert reimbursed herself for the mileage and paid off the liens.

"As you are both fully aware, utilizing an illegal source of funds or ill-gotten funds to pay off a tax lien is illegal in Colorado and under federal law," the group said in its complaint to the attorney general, calling it the "very definition of ill-gotten funds."

"This is another swing and miss from a partisan political group," she said in a statement on Wednesday. "I represent over 50,000 square miles of Colorado; I connect with the people I serve rather than sitting at home in a basement like most Leftists."

Her aides told The Times that Boebert had accounted for the mileage she reported and the campaign revised the initial total after coming under scrutiny, adding that other reimbursable travel expenses like hotel costs were combined with the mileage. The aides also said that Boebert paid off the tax liens before the reimbursement hit her bank account.

Colorado Public Radio last year tracked 129 public campaign events by Boebert's campaign, generously estimating that even with round-trip drives the mileage total was at least 9,000 less than the nearly 39,000 miles she claimed.

Boebert has faced several complaints to the Federal Election Commission but the agency has been gripped by hopeless partisan gridlock. An attorney for the House Ethics Committee declined to tell the Times whether it was investigating the matter.

But American Muckrakers has been effective in getting its foes in hot water, prompting a House Ethics Committee investigation into whether Cawthorn had an improper relationship with a staff member he is related to and whether he improperly boosted a cryptocurrency he failed to disclose his financial interest in.

"This is not an attack on Lauren Boebert," Wheeler told The Times. "Had Representative Boebert paid her restaurant staff properly and also paid the unemployment premiums to the State of Colorado, an investigation never would have been necessary."