“We have child protective statutes on the books," the governor said. "We have laws against child endangerment" 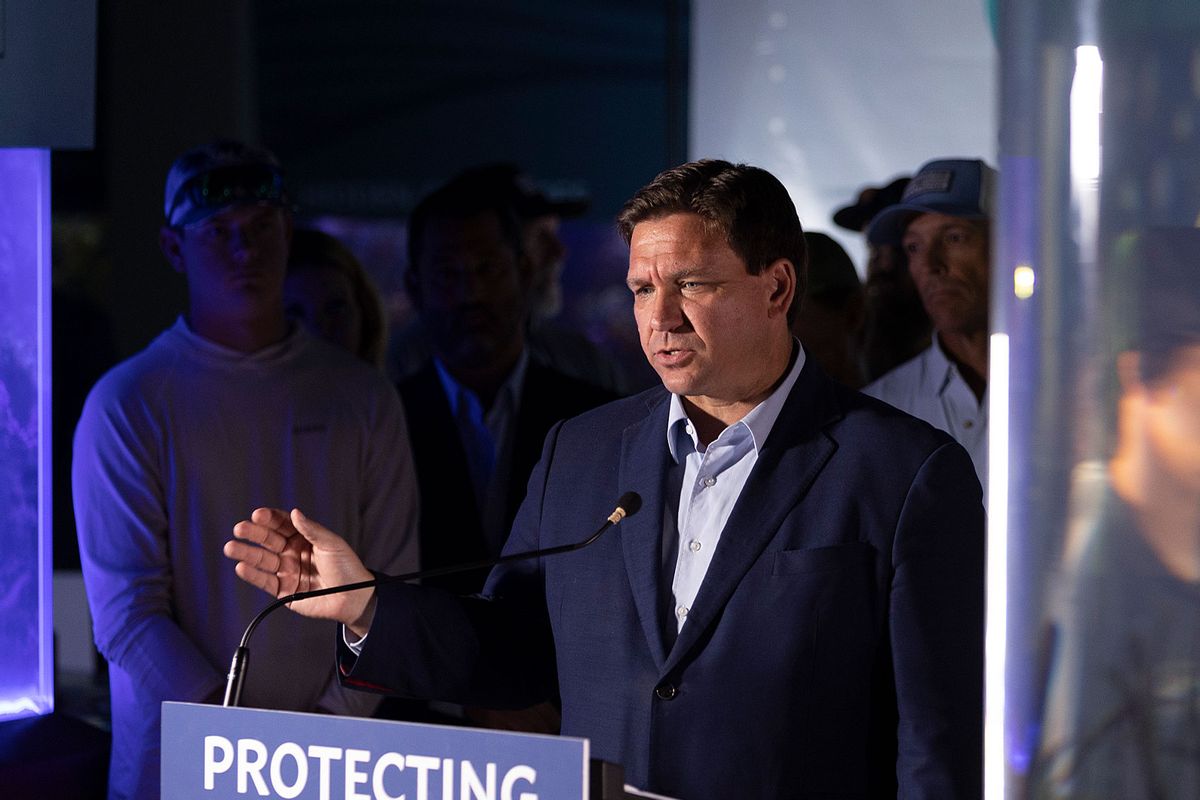 Florida Gov. Ron DeSantis, a Republican who has sought to brand himself as a champion of "parental rights," on Wednesday floated the notion that he might order the state's child protective services to investigate parents who take their kids to drag shows.

The governor's outlandish comments came during a recent news conference, where he was asked whether he'd aim to hold parents who take their children to such performances criminally liable.

"We have child protective statutes on the books," the governor said. "We have laws against child endangerment."

"It used to be kids would be off-limits. Used to be everybody agreed with that," DeSantis added. "Now it just seems like there's a concerted effort to be exposing kids more and more to things that are not age-appropriate."

This week, Republican Florida state Rep. Anthony Sabatini proposed a bill that would formally ban parents from taking their kids to such events, charging wrongdoers with felonies and terminating their parental rights.

The debate around drag shows was originally sparked shortly after videos of children attending a Saturday drag show in Dallas surfaced online. The event, dubbed "Drag the Kids to Pride Drag Show," was reportedly billed as a "family-friendly spin-off." It featured a number of drag performers who were reportedly tipped by kids with cash.

State Republicans in Florida have widely condemned the performance, calling specific attention to a sign on the bar's wall that read: "IT'S NOT GONNA LICK ITSELF."

State Rep. Bryan Slaton called the performance "horrifying" and said it shows a "disturbing trend in which perverted adults are obsessed with sexualizing young children."

Since the footage appeared, the Dallas bar, Mr. Misster, has defended the event, saying that "everyone should have a space to be able to celebrate who they are."

The Republican reaction to the event falls in line with the Florida GOP's broader legislative effort to undermine LGBTQ+ rights and across the state. Back in March, the state legislature passed a Republican-led bill, dubbed by critics as the "don't say gay" bill, which puts vague restrictions on the discussion of gender and sex in the classroom. Florida Republicans have also sought to attack Disney over its opposition to the bill, stripping the company of its special tax status.