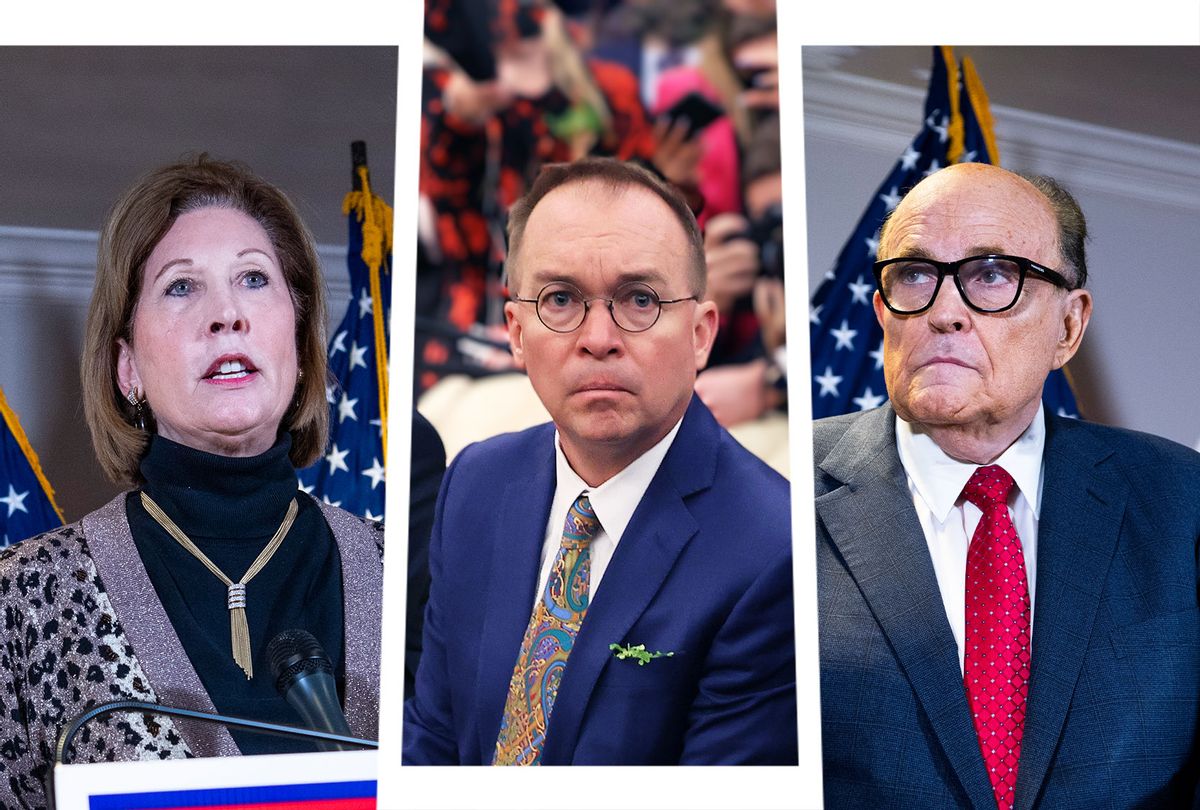 Mulvaney's comments come as the select committee investigating the Capitol riot holds its second day of televised hearings, during which new evidence was brought to light surrounding Donald Trump's failed efforts to overturn the election.

During the hearings, Bill Stepien, Trump's former campaign manager, revealed that Trump allies like Giuliani and Powell had fed the former president grandiose, yet baseless, stories of widespread voter fraud with which Trump could create a narrative that the election had been "stolen" by President Biden.

Mulvaney, a former U.S. representative, was once a staunch Trump backer. In February 2020, Mulvaney claimed it was "absolutely 100% true" that the deep state – a shadowy body of non-elected and influential conspirators – was plotting to undermine Trump's presidency. After Trump lost the 2020 election, Mulvaney predicted that the former president would concede "gracefully" and will "fight to make sure the results are fair."

Since then, Mulvaney, who stepped down in the wake of the Capitol riot, has become a vocal critic of Trump.

Back in July, the former Trump aide slammed Trump for failing to ramp up COVID-19 testing to his liking, calling the delay "inexcusable."

"I know it isn't popular to talk about in some Republican circles, but we still have a testing problem in this country," he wrote in an op-ed at CNBC. "That is simply inexcusable at this point in the pandemic."

And last March, after the former president claimed that the Capitol rioters posed "zero threat" to the Capitol police, Mulvaney trashed Trump's allegations as "manifestly false."

"I was surprised to hear the President say that," Mulvaney said in a CNN interview. "Clearly there were people who were behaving themselves, and then there were people who absolutely were not, but to come out and say that everyone was fine and there was no risk, that's just manifestly false – people died, other people were severely injured."