Is it too late now for anti-vaxxers to say sorry to Bieber for drafting him into their misinformed narrative? 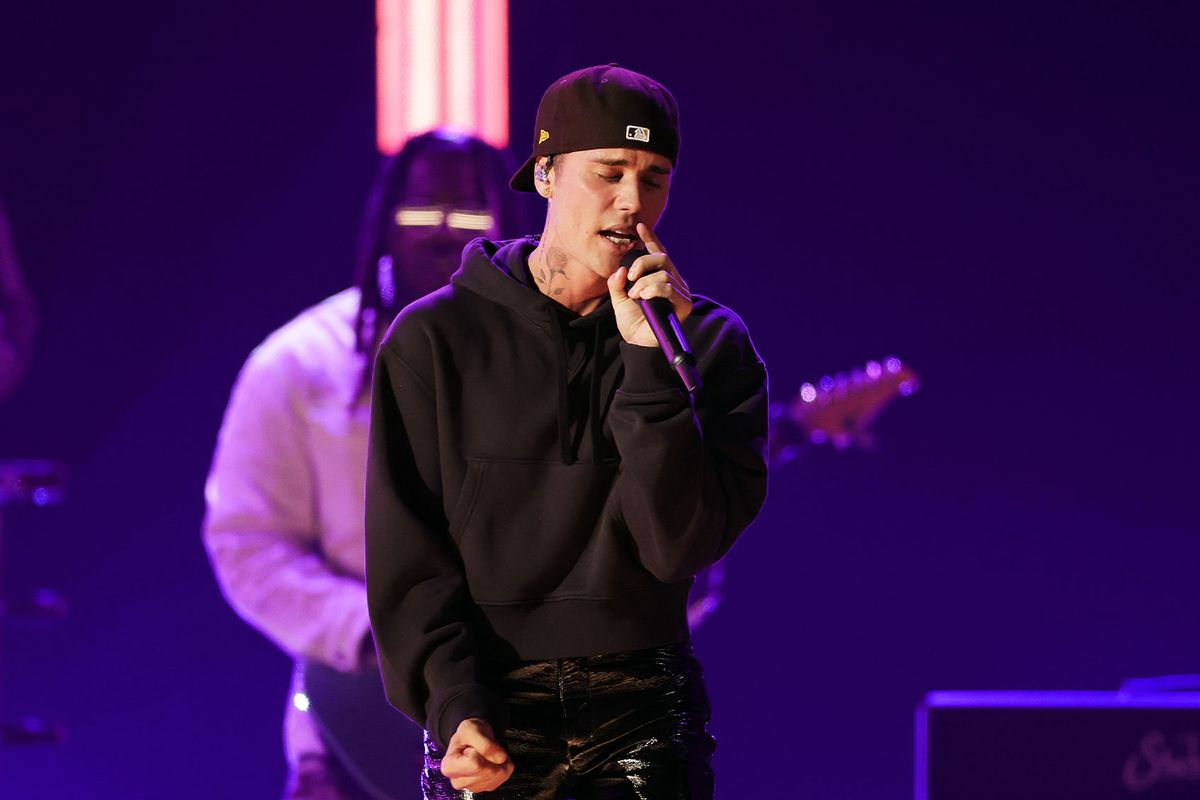 Last Friday, pop icon Justin Bieber revealed he has a rare neurological disorder that has paralyzed half of his face. The condition is known as Ramsay Hunt syndrome.

"As you can probably see from my face, I have this syndrome called Ramsay Hunt syndrome," the singer told fans in a video posted to social media. "And it is from this virus that attacks the nerve in my ear and my facial nerves and has caused my face to have paralysis."

In the Instagram post in which he revealed the diagnosis, Bieber said he can't blink his right eye, nor can he smile on that side of his face. His right nostril won't move, either. The 28-year-old emphasized he's "physically not capable" of doing any shows right now and that his body needs to rest.

Bieber explained that it is "pretty serious," and that he wishes he was still able to tour. Bieber cancelled several upcoming performances for his Justice tour in North America.

RELATED: What happens when you drink blood

According to the National Organization for Rare Disorders, Ramsay Hunt Syndrome is the second most common cause of atraumatic peripheral facial paralysis; it affects 5 out of every 100,000 people in the United States each year.

So, what could cause Bieber to have to face such a debilitating and rare disorder? It turns out the culprit is the same virus that causes chicken pox.

Most adult residents of developed nations are immune to chicken pox, either because they were vaccinated against it as children, or gained immunity after contracting it as children. However, unlike some viruses (including COVID-19), the chicken pox virus doesn't actually ever leave one's system after infection.

"When we used to get infected with the chicken pox virus, before the vaccine, we'd of course recover — but the chicken pox virus doesn't go away, it actually becomes latent or dormant," William Schaffner, a professor of infectious diseases at the Vanderbilt University Medical Center, told Salon. "Think of it as hibernating in certain areas in our nervous system, and then years later elements of that chicken pox can reactivate and can come out and express themselves in parts of the surface of our body."

Thus, Ramsay Hunt syndrome is technically caused by the varicella-zoster virus, which is the same virus that causes chicken pox. As Schaffner explained, the virus can remain dormant for decades but can be reactivated at any time in someone's life. In some cases, this results in the shingles, which is a more well-known condition that frequently occurs in seniors whose immune systems are weaker. But in rare cases, varicella-zoster can develop into Ramsay Hunt syndrome, even in younger people like Bieber.

Technically, anyone who has had chicken pox can develop Ramsay Hunt syndrome. Most cases affect older adults, especially those over 60. Bieber was born in 1994; the chicken pox vaccine became available in the United States in 1995, and it is unknown if the Canadian pop star was vaccinated as a baby. Schaffner notes that it took time for the vaccine to be widely administered in children.

"It took several years for the chicken pox vaccine to really become widely accepted," Schaffner said. "And now in virtually the whole country, it's on that list of vaccines that children need to get before they can go to school."

Why varicella-zoster can cause shingles for some people, and Ramsay Hunt syndrome in other cases, is not well understood. Schaffner explained the older someone gets, the more common it is for the virus to be reactivated and become shingles.

If the varicella-zoster virus is reactivated and turns into Ramsay Hunt syndrome, this can happen in any major nerve that comes out of the central nervous system — such as the brain or the spinal cord.

"There is a nerve called the seventh cranial nerve that's involved with the Ramsay Hunt syndrome and it involves part of the face, particularly the ears," Schaffner explained, noting that it may only happen on one side of the face. "You can often see these blisters in your ear canal when the doctor looks in," which can cause deafness, he added.

"Another part of this seventh nerve involves being able to move the muscles of your cheek and Justin Bieber has those paralyzed at the moment; he can't smile on that side of his face," Schaffner noted.

Unfortunately, the revelation of Bieber's condition has become fodder for anti-vaccine conspiracy theorists, who falsely connected Bieber's Ramsay Hunt syndrome to the COVID-19 vaccine. Misinformation to that effect, claiming that the syndrome is frequently caused by COVID vaccines, is rife on Twitter and TikTok.

"Justin Bieber got that disease from the Covid 19 vaccine, they are NOT safe," one user on Twitter wrote.

"Justin Bieber has a vaccine injury (his tour requires proof of vaccination for entry) & he's voiced in the past how important the Covid-19 Vaccine is. Now the popstar has facial paralysis that could end his career," another user wrote.

There is no evidence that Bieber's diagnosis is an adverse side effect from the COVID-19 vaccine. Moreover, Bieber has never spoken out whether he has been vaccinated against the coronavirus or not. Notably, he does require attendees at his concerts to be vaccinated.

There is very limited evidence to suggest that Ramsay Hunt Syndrome can occur after vaccination. The only known possible case occurred in January 2022, and was reported in a 78-year-old woman three days after receiving the Pfizer-BioNTech vaccine. The doctors who flagged her case did so in a letter to the editor in the science journal Elsevier. Because Ramsay Hunt syndrome is caused by the varicella-zoster virus, the biology of this kind of case is complicated — and would involve an immune system reaction caused by the COVID-19 vaccine that would result in the varicella-zoster virus emerging from dormancy to cause Ramsay Hunt syndrome.

The authors said that at the time of publication they weren't aware of any other reported cases of Ramsay Hunt syndrome following COVID-19 vaccination. They also emphasized "the importance of vaccination to put an end to the pandemic," and that "the possible onset of these conditions is rare and the risk is very low."

Bieber's case might be more logically perceived as a case for vaccines in general — as being vaccinated against chicken pox could prevent the possibility of one developing Ramsay Hunt Syndrome in the future.

Schaffner noted that there are other symptoms that are associated Ramsay Hunt Syndrome, such as dizziness and hearing loss. The onset of symptoms can be pretty rapid, over the course of a couple of days, depending on the spectrum of symptoms.

"The blisters can take a day or two to appear, and you can have itching and pain before then, and you can start to develop some of this paralysis of the cheek — so you can't smile — and by the time the doctor looks into your ear canal with their otoscope, the blisters are often there for viewing," Schaffner said. "It depends a little bit on the distribution of that nerve in each person, and how much it's involved, but it can happen over I would say two or three days."

Fortunately, there are treatments available such as antiviral medications like acyclovir or famciclovir, in conjunction with corticosteroids. As for how long this syndrome can last, Schaffner said, it depends.

"It can last several weeks, getting slowly and gradually better," Schaffner said. "Most people are restored to complete normal function, but some people are left with one or another degree of impairment after this syndrome; it's very difficult to predict."