A cheddar and caramel popcorn that's a taste of Chicago 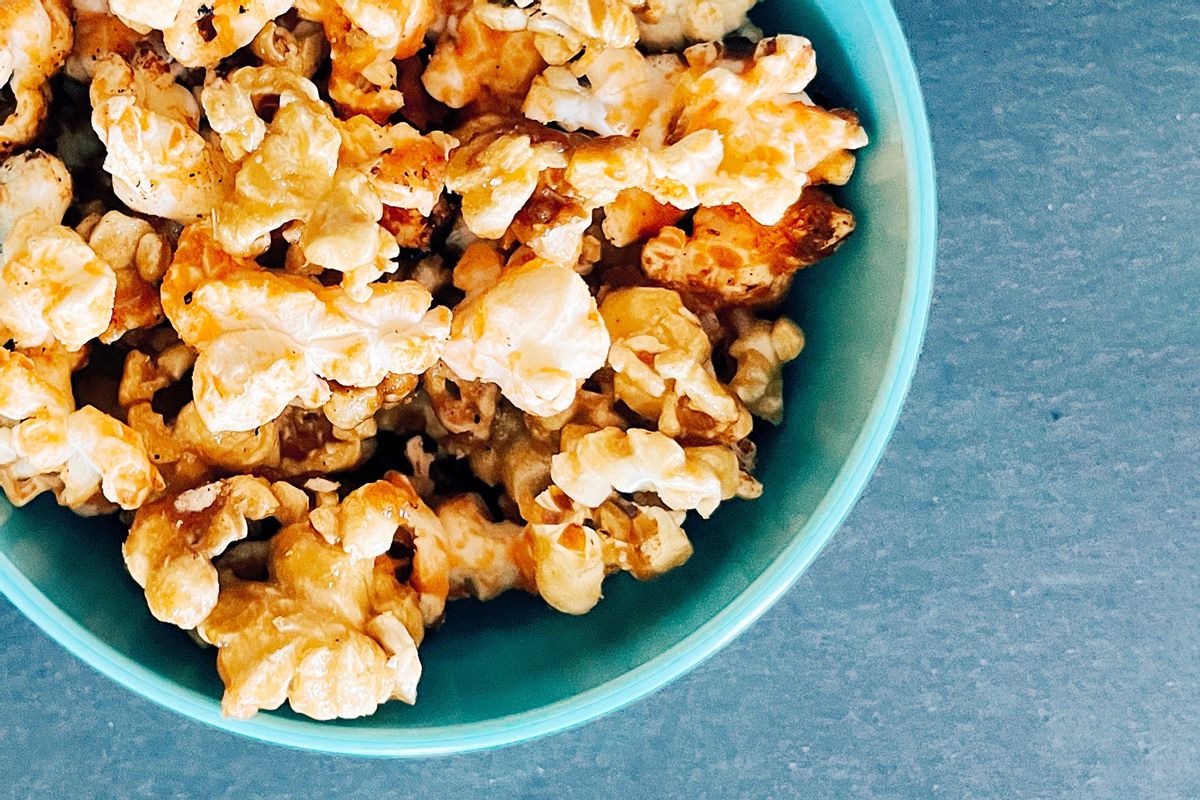 Do you have a "no brakes" food? You know, a "Get this stuff away from me" food? For me, it's the Garrett Mix from Garrett Popcorn, aka the Chicago Mix. An astonishingly addictive blend of cheese and caramel popcorn, it's the company's most famous creation. It's also the one food I am truly powerless against.

I discovered it, naturally, in Chicago several years ago. I'd taken my older daughter to the Windy City for a special weekend away, and there was a Garrett's near our hotel. We stopped in and ordered a big bag of their most popular item, then went back to the hotel to order a movie.

I should say here that I am generally indifferent to popcorn; I never even buy it at the movies. But from the moment I reached my hand into that fateful bag, I could not stop myself. I have had dumplings in Beijing and jamón ibérico in Barcelona, and I have had Garrett Mix in Chicago; they are all transcendent culinary experiences. It's the salt, it's the sweet, it's the buttery, it's the… cheesy. Thank God I don't live in Chicago, I'd have a medical condition from all the Garrett's I'd eat.

While I definitely advise you to try the real thing for yourself, if you are feeling that certain itch and want to try your hand at a home version, it's a relatively simple procedure. Garrett's uses "mushroom" popcorn, which creates up an exceptionally round popcorn that holds toppings well, but your own favorite supermarket brand makes a serviceable substitute. And while there are plenty of recipes for cheddar popcorn out there, most seem to casually list cheddar powder as an ingredient, even though it's not exactly a household item. I make mine with the little package in a box of mac & cheese, then just repurpose the pasta.

Would this mix fool anybody in a showdown against Garrett's? Heavens, no. But would I devour an entire bowl moments after putting it in said bowl? I would and I did. Get this stuff away from me. It's just too, too good.

For the cheese popcorn:

For the caramel popcorn:

More of our favorite easy snacks: