Along with Florida's new law, the GOP end game comes in to view: To turn Americans into a bunch of ignoramuses 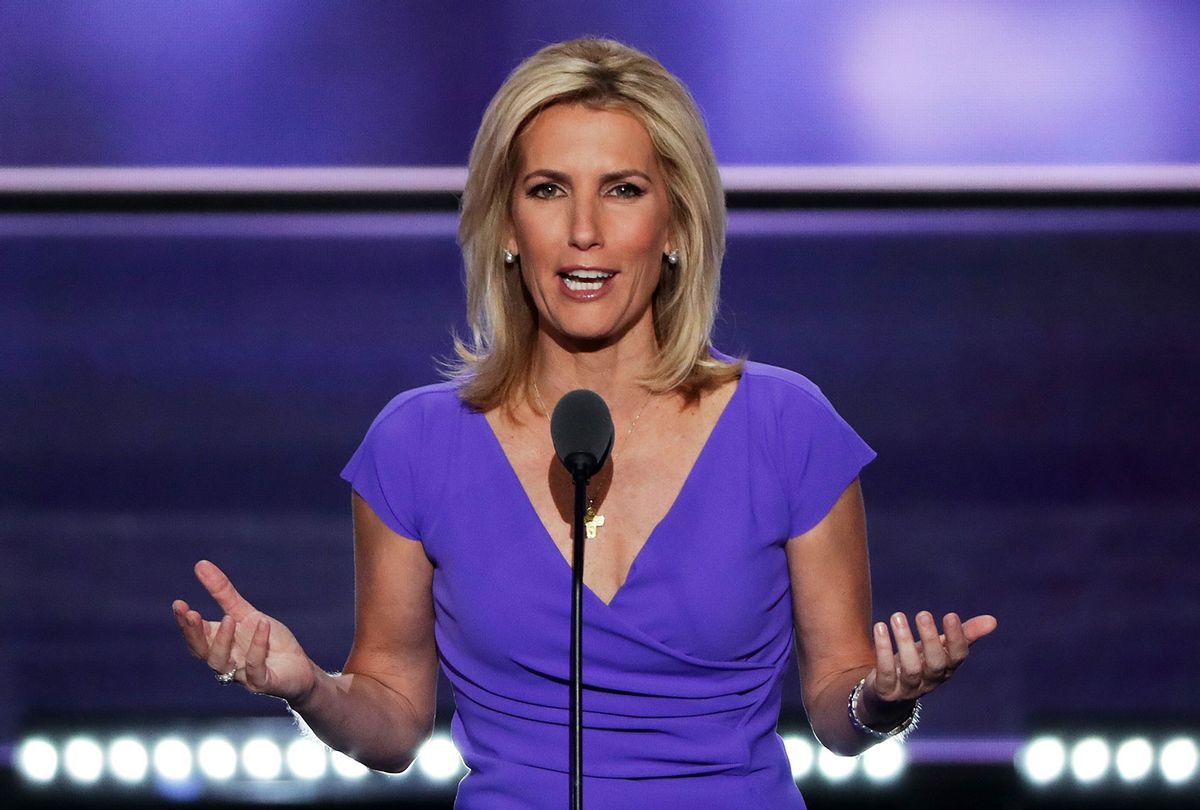 Anyone familiar with how Fox News gradually warms its audience up to an idea could see it coming. First, the network ran endless segments hyping the myth that school teachers were training kindergarteners to hate white people with something called "critical race theory." Next came false claims that schools that accept LGBTQ teachers and students were "grooming" children to be sexually abused by pedophiles. Having implanted the idea that public schools are a scary place turning their grandkids into self-loathing sexual perverts, the end game was finally rolled out during the popular primetime program "The Ingraham Angle": It's time to end public education entirely.

"A lot of people are saying it's time to defund government education or at least defund it by giving vouchers to parents so they can say, 'No, we're not doing this anymore,'" ranted host Laura Ingraham on Thursday. "And I think that just has to happen. We have to stop funding this madness."

This is not the first time that Fox News has seeded the idea of shutting down public education entirely.

Lisa Kennedy, a host for the daytime program "Outnumbered," tossed the idea out in April, calling now a "great time in our country's history where we rethink whether or not we have public schools," and suggesting "we should not have the government involved in education at all."

There's some truth to the saying that "knowledge is power." That is precisely why the activist right doesn't want the general public to be equipped with knowledge.

To journalists who have been closely observing the world of right-wing activism and think tanks, this escalation of anti-education rhetoric is no surprise. Salon's Kathryn Joyce, for instance, has been reporting on the growing movement in elite right-wing circles to destroy public education as we know it so that it can be replaced with right-wing propaganda and/or no education at all for lower-income Americans who can't afford to pay for private services.

There's some truth to the saying that "knowledge is power." That is precisely why the activist right doesn't want the general public to be equipped with knowledge. As I've written about before, ignorant people are flat-out easier to subject to authoritarian rule. They more easily believe fascistic propaganda and don't have access to the critical thinking skills that can undermine the arguments that authoritarian leaders make.

Schools are also a major threat to the anti-egalitarian politics of the right. At its most basic, the promise of public education is one where anyone who is smart and works hard can get ahead in society, by getting good grades and gaining entrance to a good university. That's an ideal too often honored in the breach, as Ivy League schools are still way over-dominated by the children of privilege. But it's also true that large numbers of Americans, equipped with moxie and public education, overcame class and race barriers to be leaders in business, public service, medicine, science and politics. The elites on the right would like very much to reverse that trend — and gutting public schools is the linchpin for that.

RELATED: Why the panic over "critical race theory" is the perfect right-wing troll

As Joyce has heavily covered for Salon, the GOP has been attacking the "problem" of universal education from two major angles. One angle, which Ingraham's rant touched on, is simply destroying schools by defunding them. The main avenue in this has been "vouchers," i.e. a system to funnel money out of public schools and into private schools run mainly by right-wing religious organizations. In Arizona, for instance, the Republican-run government is offering $7,000 to any family who pulls their kid out of public school to enroll them in schools that "reflect their values." The point of the program isn't particularly obscure: Push enough kids — and funding — out of public schools into the right-wing private school system and public school systems will collapse entirely. After that, people who can afford to pay for private education will get it, but everyone else will be left basically illiterate.

This strategy has gotten a major boost by the Supreme Court, which recently ruled against the state of Maine's restriction on using public funds for religious indoctrination. Now the state will be forced to spend taxpayer funds on tuition for schools that explicitly reject enrolling LGBTQ students and non-Christians, and openly proselytize on behalf of a fundamentalist, right-wing view of Christianity.

The other strategy, seen most prominently in Florida, is to replace real education with taxpayer-funded right-wing propaganda.

Right-wing think tanks have been developing "alternative" curricula that lie to students, downplaying the impacts of racism on American history and falsely asserting that the United States was founded to be a Christian nationalist society. (In reality, the founders were adamant about the importance of a secular government.) In Florida, a series of laws — the most famous being the "don't say gay" bill — were passed to block teachers from offering reality-based information on everything from health to history. In the face of public outrage over their book-banning campaign, Republicans swore up and down that the left was overreacting and that there was no intent to censor teachers or deny kids education.

Public disapproval is the biggest obstacle to the GOP's goal to decimate public education.

Those reassurances were, of course, total lies.

As the Miami Herald reported, Florida teachers are now being instructed to offer students highly misleading "lessons" on American history that falsely teach both that the U.S. was meant to be a "Christian" nation and that the founders who owned slaves somehow opposed slavery. Reassurances that the "don't say gay" law would only somehow ban explicit sex education in lower grades — which was already not happening — turned out to be lies, as well. Teachers are being told to out LGBTQ students to abusive parents. The pressure to conceal the existence of LGBTQ people has gotten so bad teachers are being forced to conceal the existence of same-sex spouses and the existence of pro-LGBTQ school clubs is imperiled.

RELATED: How this tiny Christian college is driving the right's nationwide war against public schools

This strategy is accompanied by a big dose of educator harassment, of course.

In Oklahoma, for instance, the Republican governor is using "audits" to abuse Tulsa public schools that have the temerity to teach their own history, including that of the biggest white supremacist riot in history. It's a two-pronged approach: Censor teachers who speak the truth and force them to replace the truth with silly right-wing lies.

Public disapproval is the biggest obstacle to the GOP's goal to decimate public education. Not just from Democrats, either, who may be the majority of voters but who Republicans have sidelined through gerrymandering and other sleazy tactics. Most Republican voters also tend to support the concept of public education. A majority even tell pollsters that history should be fact-based and not a bunch of right-wing lies. After all, most Republican voters, like most Americans, can't exactly afford elite private education, even with a voucher program that is certain to disappear as soon as its function (ending public schools) is fulfilled. They don't want their own kids to grow up illiterate and unable to get decent jobs because of it.

That's why the propaganda apparatus of the GOP — with Fox News taking the lead — has come at the issue sideways. Instead of flatly making "libertarian" arguments against public schools, they instead feed on their audience's fear of difference and, crucially, their fear that their own kids and grandkids will grow up to reject their narrow, bigoted worldview. There's been a steady stream of nonsense demonizing modern curriculum for being "different" than what the Fox News audience grew up with, as well. Common Core, which is a mundane way of organizing national educational standards, has been painted as some evil incursion by right-wing media, largely by pushing the idea that the "old" ways of learning things like math are somehow better than newer strategies that have been affirmed by repeated research. Sexist stereotypes of uppity feminists are being applied to teachers and teachers' unions to stoke loathing of educators in the right-wing audience.

Schools are places where kids leave their nuclear family and are often exposed to ideas — and crucially, people — that are different than what they experience within the four walls of a family home. Even conservatives generally admit, on some level, that this is a good thing. Growing into an adult means being able to deal with people outside of your immediate family. But after decades of escalating anti-education rhetoric meant to provoke the insecurities of Republicans who don't want their own kids to be "woke," Fox News clearly thinks their audience is ready to consider the possibility of ending public education. Sure, it may mean your kids are unhireable and illiterate, but hey, at least they won't cringe when you make a racist or homophobic joke, right?