From Pre-K through college, Republicans' war on education is meant to cement the GOP's grip on power 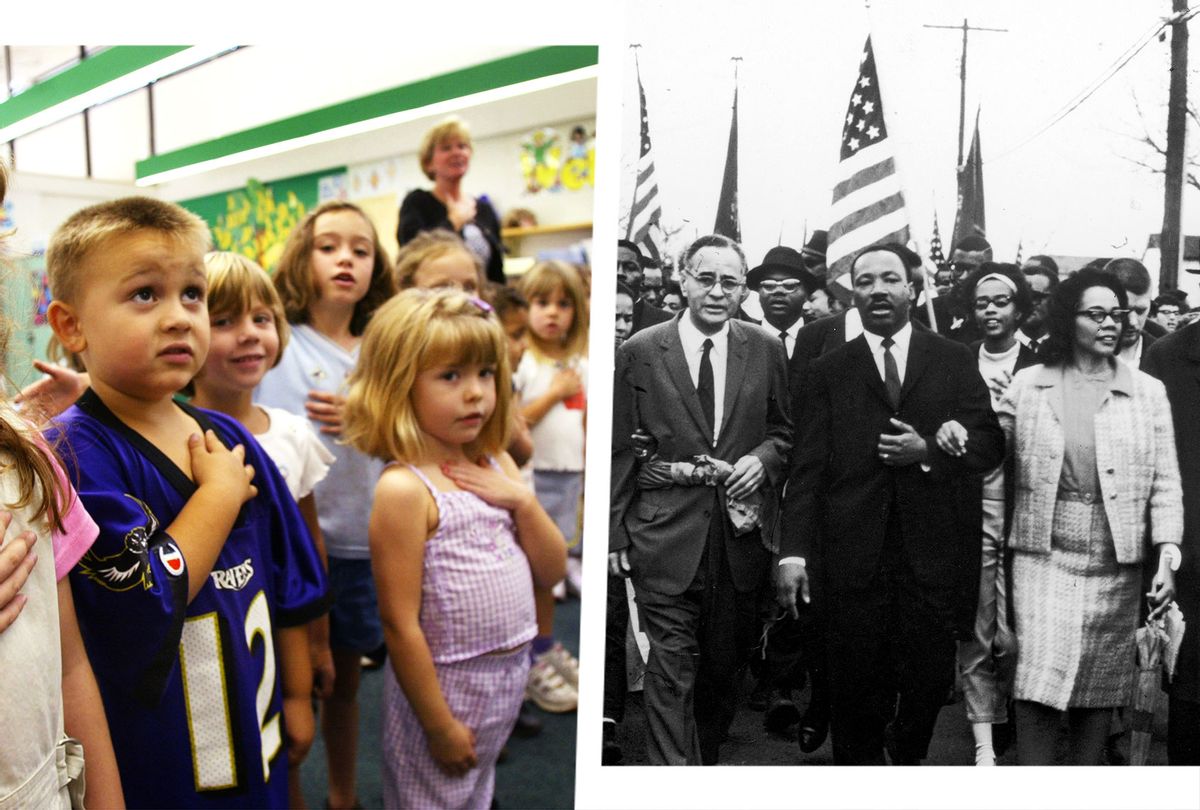 In his famous 1995 essay delineating the signposts of fascism, philosopher and linguist Umberto Eco singled out the authoritarian's loathing of learning as a critical indicator that what you're dealing with is not just garden variety conservatism, but outright fascism. "The Enlightenment, the Age of Reason, is seen as the beginning of modern depravity," to the fascist, and "[t]hinking is a form of emasculation." Therefore, Eco argued, "Distrust of the intellectual world has always been a symptom of Ur-Fascism."

So really, it's no surprise that the Republican Party — which has never been a friend of schools — has dramatically escalated its war on education on its march to becoming a fully fascist institution. Most of this is done under the guise of fighting "critical race theory. It's a real term in academia, but in GOP hands, "critical race theory" amounts to a conspiracy theory used to scare white people into supporting a full-blown assault on the teaching of history or literature in public schools. But with the early success of this tactic, particularly in the Virginia gubernatorial race, Republicans are feeling empowered to dramatically broaden their assault on all forms of education, from pre-K to the university level.

RELATED: Why the panic over "critical race theory" is the perfect right-wing troll

Most of these attacks use race-baiting to stir up emotions and bamboozle people about what is, ultimately, an anti-education agenda. But not always. For instance, as the Washington Post reported Tuesday, Republicans are already working on a plan to do whatever it is they can to kneecap President Joe Biden's plan to make pre-K available to all American children. Modeled on the strategy for depriving eligible people of Medicaid, the idea would be for red state governments to simply reject free federal funds that would expand pre-K programs to all 3- and 4-year-old children.

Decades of research shows that pre-K is hugely beneficial to educational development, helping kids not just with early education but also leading to higher rates of high school and college graduation. Of course, in the eyes of authoritarians, that is the argument against pre-K. Children learning skills like literacy, reasoning, and even skepticism? All that cuts against the social control goals of fascists. Unsurprisingly, then, efforts to bamboozle parents into backing an anti-education movement are starting to expand beyond conspiracy theories about "critical race theory."

As Judd Legum of Popular Info reported last month, the new scare tactic on the right is to freak out about "social-emotional learning." Far-right dark money groups are busy propagandizing against this educational concept with false accusations that it's "'racist garbage,' 'anti-white,' and 'a vehicle for introducing leftist propaganda in the classroom.'" In reality, social-emotional learning is merely pedagogical jargon for teaching kids "critical thinking, emotion management, conflict resolution, decision making, teamwork," all of which are necessary for "academic success, employability, self-esteem, relationships, and civic and community engagement."

Critical thinking skills and good emotional management tend to inoculate people against joining QAnon or listening to Tucker Carlson, so it's no surprise Republicans are opposed to it. It is important to note that they're using the same tactic that they use with "critical race theory": Exploiting unfamiliar jargon to terrify people over educational concepts that, when described in plain English, are downright banal.

Of course, this expansion doesn't mean that Republicans are giving up on the "critical race theory" nonsense. Far from it — they're clearly excited about the way the scare term can be used as cover to intimidate educators out of teaching anything that might lead to those dreaded "critical thinking skills." In particular, Republicans seem excited about the possibility of simply erasing huge chunks of American history from public school education altogether.

In Tennessee, the misnamed "Moms for Liberty" group has been leveraging the state's newly passed anti-"critical race theory" law in an effort to ban books about Martin Luther King Jr. and Brown v. Board of Education. The group claims these lessons make kids "hate their country, each other and/or themselves." The state's department of education rejected the complaint, although —notably — not on its merits but over a technical concern about how the complaint was filed. There is still a possibility that the next complaint will be upheld and the books banned. But even if that doesn't happen, these complaints have a chilling effect.

"Part of the goal of this is just to strike fear and hesitation with teachers -- that if they mess up, it could be catastrophic for them professionally," a former school board member in Tenneessee told Legum for another newsletter. To protect their jobs, many teachers may simply skip over lessons on slavery, Jim Crow, or the civil rights movement. That's the clear goal of groups like Moms for Liberty. They want to indocrinate children with a fake American history that pretends those things never happened.

In Wisconsin, the GOP-controlled legislature is moving foward with a similar bill meant to silence any public school discourse about race or racism. While Republicans are promoting this as a strike against "critical race theory," the list of banned terms attached to the bill by its main sponsor, Republican state representative Chuck Wichgers, tells the true story: This is about intimidating teachers from ever talking about the history of American racism.

Among the list of banned terms are "racial prejudice," "racial justice," and "equitable." There is simply no way, of course, to talk about an event like the March on Washington — which demanded equitable treatment and racial  justice, after a history of Black people enduring racial prejudice — when the very words to describe the situation are banned from schools.

This war on public schools is, unsurprisingly, also playing out on the university level.

The University of Nebraska at Lincoln has been under a full-blown assault by state Republicans, including Gov. Pete Ricketts, because the school released a plan to improve on-campus diversity. In particular, Republicans have been trying to force chancellor Ronnie Green out of his office because he signed off on this plan "to attract, recruit, retain, and support students, staff, and faculty from racially minoritized populations."

The whole thing is playing out how one would expect, with Republicans making bad faith claims about how the chancellor is promoting a "radical ideology." As UNL professor Ari Kohen explained, the campaign is working not just to stir up racist hysteria, but to stigmatize the very idea of college education among the general public.

"When I moved to Nebraska in 2007, the university was universally beloved," Kohen explained in a long Twitter thread. But now when he tells people he teaches there, they "sneeringly refer to me as 'professor' because it meant I was an out-of-touch ivory tower liberal." For this, he blames the GOP's relentless propaganda campaign against the school.

Their goal--and it is & has been a long term right wing goal nationally--has been to permanently damage the prestige of the University of Nebraska, to convince people who love it that it doesn't respect them or represent their values, and that enrolling their kids will harm them.

As Eco noted in 1995, thinking is the enemy of fascism. So of course the increasingly fascist right is doing everything they can to shut the whole "thinking" thing down.

First they push kids away from going to school, as demonstrated by the attacks on pre-K or, as Kohen notes, discouraging kids from applying to universities. If keeping kids out of school isn't possible, the strategy is to intimidate teachers out of any lesson that could provoke critical thinking. And in the general public, there's a sowing of hostility to schools, so that when some education actually slips through to kids, the parents will scare children away from actually learning from it.

It's been clear for a long time that the right values obedience in young people, and shuns intellect. But Republicans know that being upfront about their goals will cause parents to reject them. So they swaddle their campaign in conspiracy theories about "critical race theory" and other such scare tactics. Their actions, however, belie their true goal: the mass production of right-wing automatons who unthinkingly support unjust and authoritarian systems.