The Supreme Court, the fate of women — and Birgitte Nyborg of "Borgen"

If the main character of "Borgen" offers an object lesson for women today, so does Justice Amy Coney Barrett 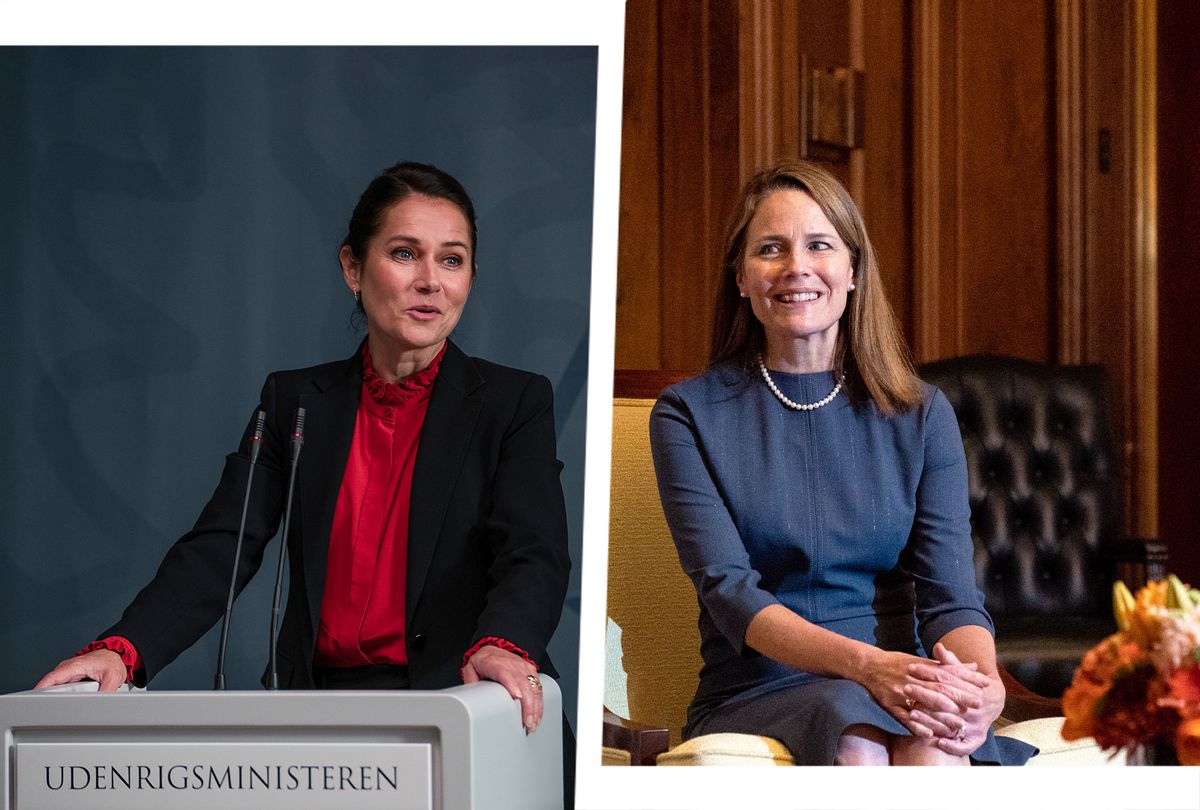 When I watched the fourth season of the Danish political drama "Borgen," recently released on Netflix, I initially concluded that the show had captured the changing zeitgeist: Women's aspirations were spiraling downward. I was wrong. Women's rights and women's power never advanced as much as we hoped they would. We may have talked ourselves into believing that women could actually achieve equality. Now, both in fiction and reality, the darker truth is inescapable.

When "Borgen" first hit the U.S. airwaves in 2011, American audiences were smitten by Birgitte Nyborg (played by Sidse Babett Knudsen), a relatable but politically savvy party leader who becomes Denmark's first female prime minister. She was juggling work and family, but keeps most of the balls in the air. That first series concluded in 2013.

Last month, nearly a decade later, the fourth season of "Borgen" returned to the U.S. to critical acclaim. This time, however, "Borgen" is not aspirational. It shows us women in power who stumble.

Nyborg, now back in politics as foreign minister, is in the throes of menopause, her hot flashes and unpredictable menstruation apparently clouding her heretofore good judgment. TV journalist Katrine Fønsmark (Birgitte Hjort Sørensen), now news director of a major media outlet, finds herself unable to lead, challenged by both the women she supervises and her corporate masters. Birgitte sweats and bleeds; Katrine vomits.

They also are cast as bad mothers, or at the very least inattentive ones, whose fall from grace may be deserved, given their flouting of parental norms. This is the "Borgen" of women who lean in, teeter and then walk away from power. Vox may exalt in the demise of "the girlboss," but I don't find cause for joy.

This change in attitude is reflected in the real world. I don't expect Fox News host Tucker Carlson to say anything I agree with. But I was shocked when journalist Ben Smith, in a "dialogue" with Carlson this past week, had no retort or even a follow-up question when Carlson, while denying that he was a white supremacist, made this admission: "In my mind the sort of archetype of the person I don't like is a 38-year-old female white lawyer with a barren personal life."

Smith never asked Carlson about the misogyny behind those words, nor called out his bizarre inclusion of the adjective "barren," which for generations was the word we used for a woman who could not bear children.

What we saw in the more upbeat "Borgen" of a decade ago was a world where women could assume power on their own terms, redefine leadership and make a difference. Fat chance. A UN commission estimates it will take 130 years for women to achieve parity with men as national leaders. Worse, we've seen authoritarian strongmen increasingly take the reins of power. We endured a president who unabashedly admired them.

In this country, the Supreme Court has made our losing ground inevitable. Amid the rubble of reproductive rights smashed by the court is the economic wellbeing of millions of women. For them, this decision is not just about the right to choose, it's about survival. If you are a woman of color working a minimum-wage job, there is neither paid family leave nor affordable child care, and only limited access to decent housing and health care.

An unintended pregnancy can set poor women and their families back for years, perhaps with no ability to recover what little financial stability or prospects for a better future they may have had. The court knew that perfectly well, having received an amicus brief signed by more than 150 economists and researchers warning of women's financial peril if Roe were overturned.

And yet the judges persisted. Sadly, the gang of five included a wife and mother. Justice Amy Coney Barrett has borne or adopted seven children, including a child with special needs. But she's been sheltered and cosseted from the demands of motherhood her entire life. It's like saying that Marie Antoinette must understand the housing crisis because she's a homeowner.

Of course American women have made gains over the years. But our status is fragile. A pandemic knocked more than a million of us out of the labor force, when schools and day care centers closed. The Supreme Court's ruling now holds us hostage to lawmakers who know as much about a women's body as they do about the internet.

Even the most privileged among us now realize, like Birgitte Nyborg, that they need to watch their backs. The world likes nothing better than to see a powerful woman fail.