Someone with the same last name but 25 years younger showed up for jury duty, Heard's lawyers allege 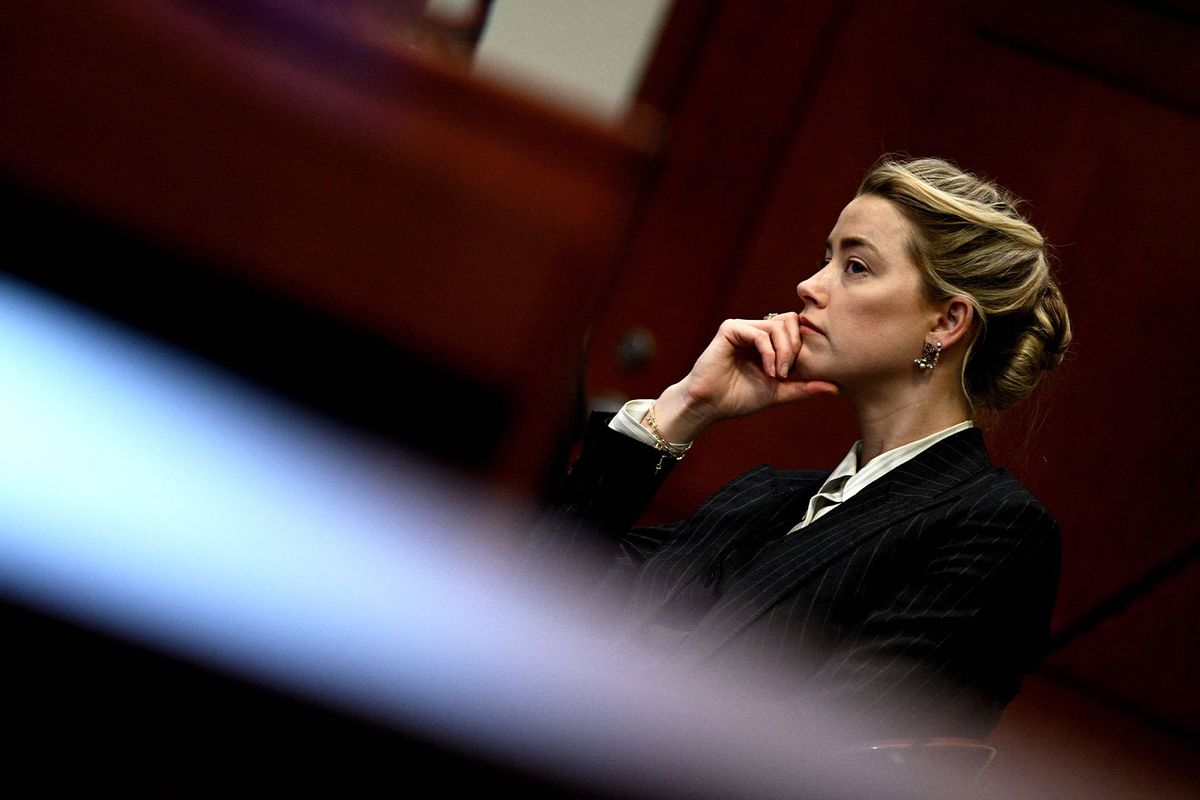 US actress Amber Heard looks on in the courtroom at the Fairfax County Circuit Courthouse in Fairfax, Virginia, on May 17, 2022. (BRENDAN SMIALOWSKI/POOL/AFP via Getty Images)
--

The Johnny Depp and Amber Heard defamation trial continues to make news weeks after its conclusion.

On Friday, Heard's legal team asked for a mistrial after learning one of the case's jurors was not legally supposed to be on the jury, having never received a jury summons.

As reported by Variety, one of the jurors who served in the trial was not an official selected juror. The jury summons had actually been received by a different member of the person's household who has the same last name but is 25 years older. Variety wrote, "If the wrong person showed up to the trial, Heard's lawyers would not have had the opportunity to do a criminal background check or look up the juror's social media posts in search of potential biases."

Heard's legal team said in a statement: "It is deeply troubling for an individual not summoned for jury duty nonetheless to appear for jury duty and serve on a jury, especially in a case such as this . . . a high-profile case, where the fact and date of the jury trial were highly publicized prior to and after the issuance of the juror summonses."

Forbes reported: "As a safeguard, jurors must fill out a questionnaire with their birthdate to ensure their identity, according to the filing." This means that the incorrect juror would have potentially had opportunities to realize their mistake. Neither the name of the wrong juror nor the person actually summoned for jury duty has been released.

This error deprived Heard of a fair trial, according to her lawyers, who have asked the court for a new trial.

The trial concluded on June 1 when the jury awarded Depp $10.35 million for defamation after his ex-wife Heard published an op-ed in the Washington Post about being an abuse survivor. The jury also awarded Heard $2 million from Depp after Depp was found liable for statements.

In other Depp and Heard news, Depp has allegedly donated money he made from the sale of NFTs to one of the charities Heard pledged she would support: the Children's Hospital of Los Angeles. Heard's donation pledges were a subject that came up during the contentious trial. Despite financial hardship due to legal fees, Heard says she still plans to donate millions from her divorce settlement with Depp. Depp's recent donations came out to about $800,000, all to charities supporting children.