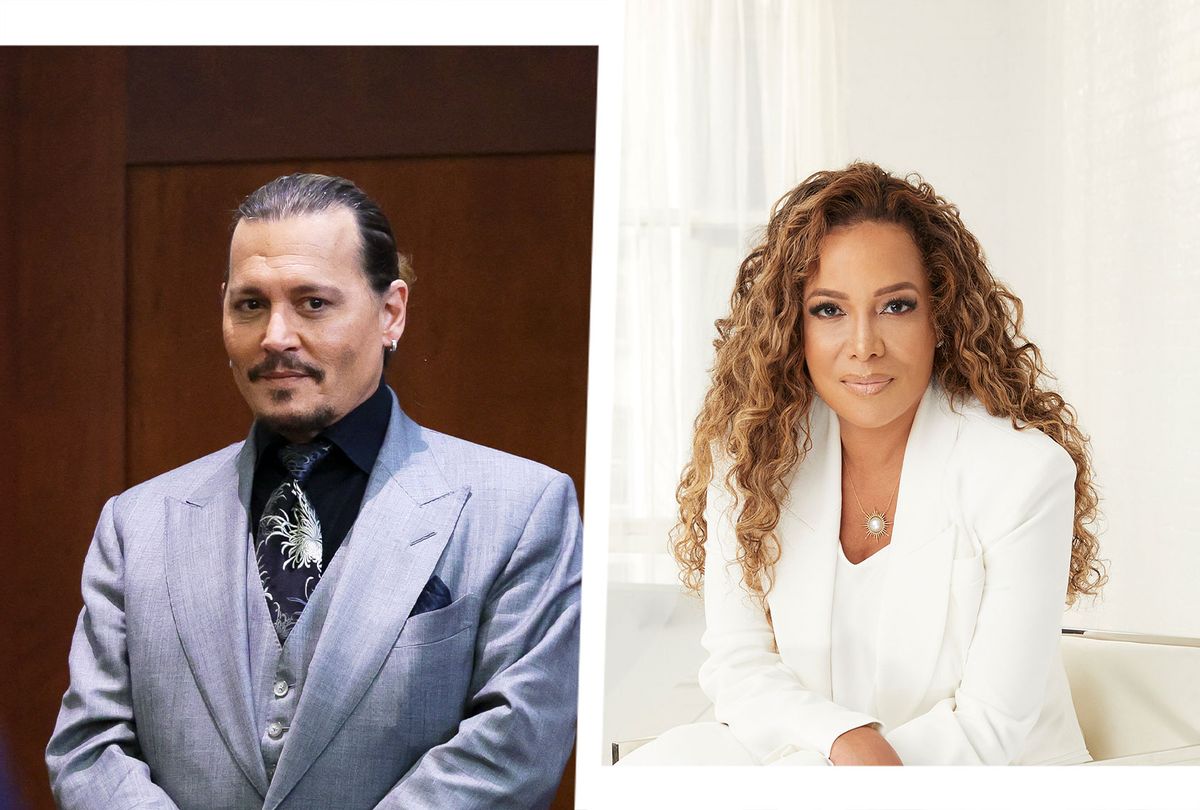 "The View" panel joins many others in chiming in on Johnny Depp winning his defamation lawsuit against ex-wife Amber Heard on Wednesday. The subsequent verdict provoked an array of online reactions, from Depp fanatics expressing their utmost support to impassioned feminists declaring the death of #MeToo.

Most of the women on "The View" stayed neutral on the two celebrities, instead discussing its possible effects on the #MeToo movement. Sunny Hostin focuses on the perceived gender equality of the abuse claims.

"I don't think it's the death of the Me Too movement because if you really look at the stats, while one in three women certainly are physically abused, one in four men are physically abused," claims co-host Sunny Hostin, citing statistics from The National Coalition Against Domestic Violence. "So, you know, the notion that the Me Too movement only applies to women is really a misnomer."

RELATED: What trial? Johnny Depp is playing the role of a lifetime, pandering to fans outside the courtroom

Sara Haines states that activist Tarana Burke, who is the founder of the movement against sexual abuse, sexual harassment and rape culture, has also said that the case doesn't fall under #MeToo.

"To not put words in her mouth, what I was trying to think is, Tarana Burke was trying to empower the silenced, and people that weren't heard, weren't seen, didn't have a voice," Haines explains. "I would think the distinguishing factor in this — not to minimize anything that went on in this courtroom — is these are people with platforms, with voice, with resources. So I think she was trying to distinguish that – don't just group it all together because this was not the spirit of the movement that's been kind of co-opted."

Meanwhile, guest co-host Tara Setmayer describes the trial as a "stupid celebrity trial" and adds that the social media treatment it has garnered ultimately turned it into a "celebrity spectacle." She also claims that the inclusion of cameras in the courtroom encouraged both Depp and Heard to "put on an act" and basically, "cheapens" the larger conversation on serious topics like abuse.

"I just don't like the celebrity spectacle of it because like Whoopi said, more people care about this [the Depp-Heard trial] than they will about the January 6th hearing in the next couple weeks, which is actually about defending our democracy and an insurrection that affects all of us in this country," Setmayer says.

Only one person hints that she aligned more with Amber Heard, if you read between her not-so-subtle lines. Joy Behar says, ""I did not watch this at all, zip. I have nothing. But I do know that Donald, Jr. and Megyn Kelly and a few others think that Johnny Depp was right. So take what you can from that."