No one has been prosecuted for contempt of Congress since 1983. But Steve Bannon, like his former boss, is unique 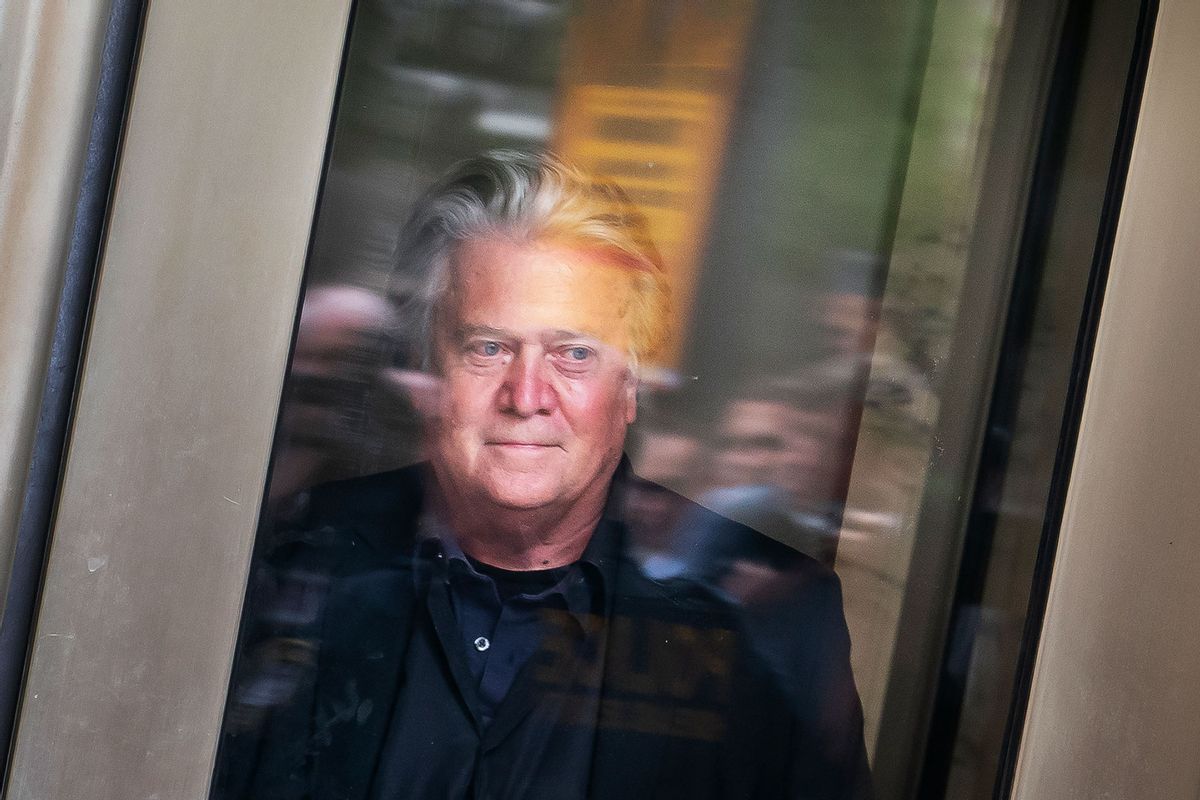 It is no understatement to say that the United States is experiencing its greatest political and constitutional crisis since the Civil War, "with a reasonable chance over the next three to four years of incidents of mass violence, a breakdown of federal authority, and the division of the country into warring red and blue enclaves," as Robert Kagan wrote last year in the Washington Post. Or, to paraphrase Donald Trump's 2016 tactician Steve Bannon, the U.S. is undergoing a "deconstruction of the state."

Bannon is in federal court this week charged with contempt of Congress after he failed to comply with a subpoena from the House select committee. He declined to sit for a deposition and to provide documents related to the events of Jan. 6, 2021. His defense has shifted from a claim of executive privilege (nonexistent in his case) to the allegation that he misunderstood the deadline set by the committee.

Bannon has been charged by a grand jury with two counts of contempt of Congress, both misdemeanors. If convicted of both counts, his sentence could be as short as 60 days or as long as 24 months.

The last time the Justice Department prosecuted someone for contempt of Congress was in 1983. This trial, which began Tuesday, is expected to last no more than three days before it goes to the jury.  Bannon is likely to be convicted on both charges, and is almost certain to appeal, no doubt dragging out the whole process many more months.

The organized 2020 "Stop the Steal" efforts were often amateurish, chaotic and comical. Nevertheless, the campaign to overturn the election and the failed coup were highly effective on their own terms, and have since been surpassed by Republican organizing nationwide meant to ensure that either Trump himself or a Trump surrogate is victorious in 2024.

The principal means for returning Trumpism to the White House, beyond extensive voter restriction legislation aimed largely at Black and Latino voters in urban areas, has been the establishment of a political infrastructure capable of legally nullifying vote counts and overturning election results. The endlessly repeated false accusations of a rigged and stolen 2020 election were dress rehearsals to undermine the democratic election process. These pre- and post-election campaign efforts were very successful in delegitimizing the voting system.

Two of the most influential figures behind Trumpism were Bannon and White House adviser Stephen Miller. In tandem, among other things, the two assisted Trump to stoke white voters' resentments toward immigrants, Muslims, Black Lives Matter protesters, political correctness, cancel culture, the teaching of critical race theory (which really doesn't occur below the university level) and the undefinable phenomenon known as "wokeness."

Before Bannon became Trump's third campaign manager in August 2016, he and Trump had been having a running conversation whenever their paths crossed at various conservative political events over the preceding several years. These interactions were usually at the prompting of Trump, who was always eager to know what Bannon was thinking.

For example, at the Conservative Political Action Conference both in 2013 and 2014, the self-described ethnonationalist organized panels that included former House Speaker Newt Gingrich and former Attorney General Michael Mukasey, the father of Marc Mukasey, who is one of Trump's trusted lawyers and a friend of Rudy Giuliani.

While these panels were busy discussing the usual Republican preoccupations like military spending and preparedness, or the attacks on the U.S. mission in Benghazi, Bannon was "speaking about sovereignty, economic nationalism, opposition to globalization, and finding common ground with Brexit supporters and other groups hostile to the transnational European Union," as Christopher Caldwell wrote in a 2017 column for the New York Times.

After taking office as president in January 2017, Trump announced that Bannon would be his chief strategist. This newly created position was to be equal in power to Reince Priebus, the first White House chief of staff (who didn't last long in Trump World). Priebus' replacement, retired general and former DHS Secretary John Kelly, excommunicated Bannon from the West Wing, partly for his frank conversations with journalist Michael Wolff. But in retrospect, it appears that Bannon's influence over Trump never waned.

Gregg Barak is an emeritus professor of criminology and criminal justice at Eastern Michigan University, co-founder and North American editor of the Journal of White Collar and Corporate Crime, and author of "Criminology on Trump."