Anonymous news reports said Tony Ornato and Bobby Engel were willing to testify under oath. Now, not so much 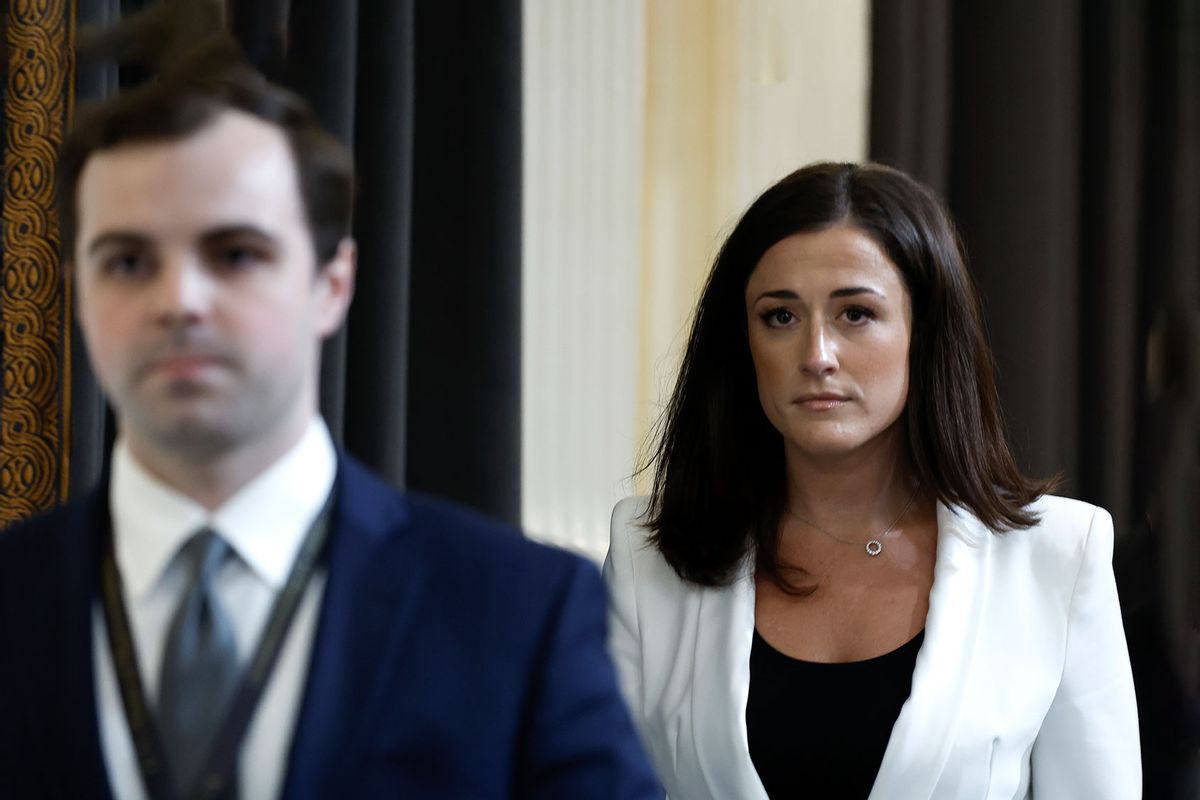 Correction: An earlier version of this story referred to the clearing of protesters at Lafayette Square. An inspector general report "did not support a finding that the [U.S. Park Police] cleared the park to allow the President to survey the damage and walk to St. John’s Church.”

Top Secret Service agents who tried to undermine former White House aide Cassidy Hutchinson's testimony to the Jan. 6 committee have hired private lawyers and are refusing to cooperate with the investigation, members of the panel said over the weekend.

Hutchinson, who worked as a top aide to former White House chief of staff Mark Meadows, testified last month that she was told by deputy chief of staff Tony Ornato that former President Donald Trump was so irate that his security detail would not take him to the Capitol with his supporters on Jan. 6 that he lunged at Secret Service agent Bobby Engel, the head of his detail. Hutchinson said Ornato, who made the unusual leap from working at the Secret Service to working for Trump before returning as a senior Secret Service official, described the incident with Engel present and he did not dispute it.

After her testimony, journalists citing anonymous sources reported that Engel and the driver of Trump's vehicle were "prepared to testify under oath" to dispute Hutchinson's account and that Ornato denied telling Hutchinson that Trump "grabbed the steering wheel or an agent."

Hutchinson's lawyer, Jody Hunt, a former aide to Trump Attorney General Jeff Sessions, said that she stood by her account and urged the Secret Service agents to testify under oath. Several witnesses, including a D.C. police officer assigned to Trump's motorcade, testified that Trump got into a "heated" confrontation with his security detail when he was told he could not go to the Capitol.

"Some of the officers said that they would be coming and talking under oath," said Lofgren, a member of the committee. "They have not come in, and they recently retained private counsel, which is unusual but they have a right to do that."

Rep. Adam Kinzinger, R-Ill., one of the two Republicans on the panel, told ABC News on Sunday that "it is not our decision that they have not [testified] so far."

Rep. Liz Cheney, R-Wyo., the committee's vice-chair, told Fox News Sunday that "we have not had the kind of cooperation that we really need to have" from the Secret Service.

Questions have swirled about Ornato and Engel's credibility since Hutchinson's testimony. Washington Post reporter Carol Leonnig, who wrote the book "Zero Fail: The Rise and Fall of the Secret Service" during the Trump administration, told MSNBC that both men were "very, very close to President Trump."

"Some people accused them of at times being enablers and 'yes men' of the president—particularly Tony Ornato—and very much people who wanted to do what he wanted and see him pleased," she said, adding that "both of these individuals lose a little credibility because of how closely they have been seen as aligned to Donald Trump."

Ornato made an unusual transition from working for the Secret Service to working directly for Trump at the White House, serving as deputy chief of staff for operations. Former White House spokeswoman Alyssa Farah accused Ornato, who helped coordinate Trump's infamous photo-op at a church near Lafayette Square, of lying about the incident. "There seems to be a major thread here… Tony Ornato likes to lie," Kinzinger tweeted last month.

The committee members also called out the Secret Service over missing text messages from around the time of the Capitol attack. The Secret Service said that agents' text messages were deleted during a system migration in Jan. 2021. The agency turned over just one text message thread in response to a subpoena from the committee. Joseph Cuffari, the top watchdog at the Department of Homeland Security, was aware of the deleted texts since February but did not inform Congress, according to The Washington Post. Cuffari's office has since opened a criminal investigation into the destruction of the text messages, NBC News reported last week, after the committee accused the agency of potentially violating federal record-keeping laws.

The committee, which held eight televised hearings over the last six weeks and plans to hold three more in September, vowed to continue its investigation, including into the "extent to which there are no text messages from the relevant period of time," Cheney said Sunday.

"Those are all the things the committee is going to be looking at in more detail in the coming weeks," Cheney told Fox News.

about the Secret Service and Jan. 6