“Can you imagine voting against your own child?” questioned former Rep. Joe Kennedy, D-Mass. 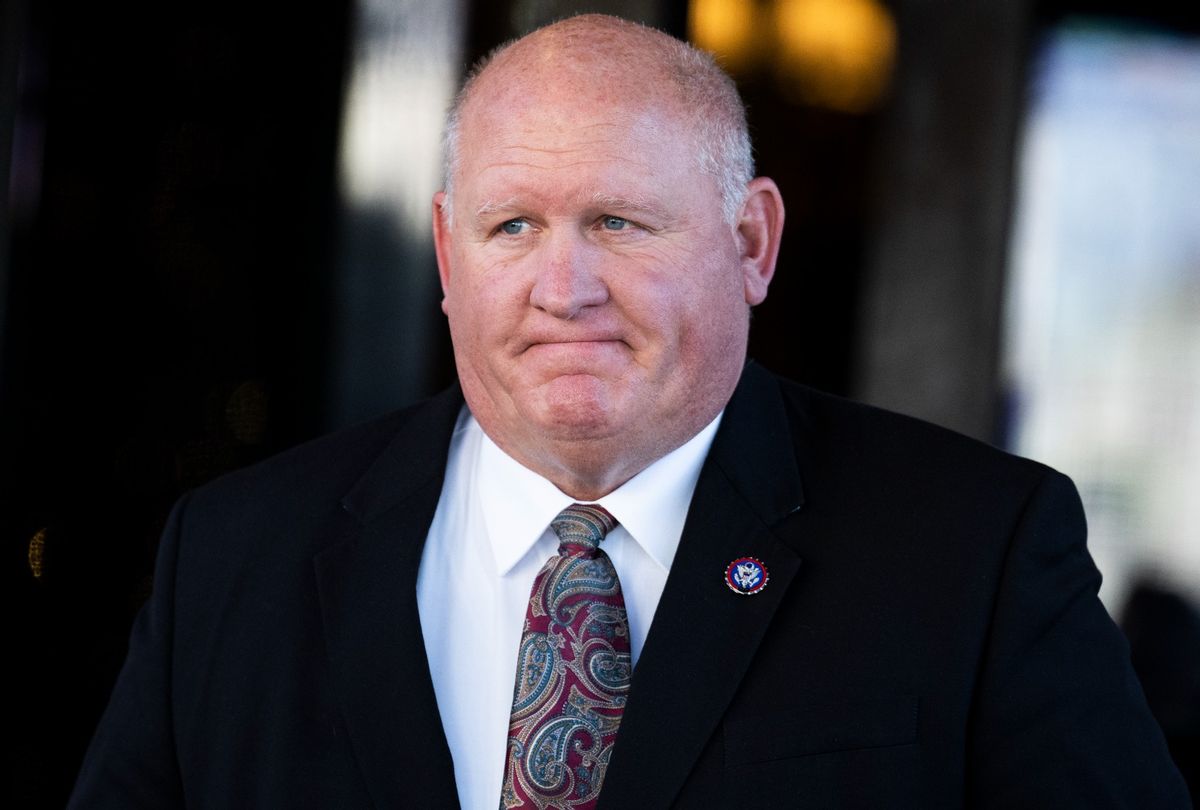 Rep. Glenn Thompson, R-Pa., attended his gay son's wedding just three days after he and about 75% of the House Republican caucus voted against a bill that would codify same-sex marriage protections.

Thompson's son told NBC News on Monday that he "married the love of [his] life" on Friday and that his "father was there" to look on.

"Can you imagine voting against your own child?" tweeted former Rep. Joe Kennedy, D-Mass.

Thompson's office confirmed that he was in attendance and supported his son's nuptials.

"Congressman and Mrs. Thompson were thrilled to attend and celebrate their son's marriage on Friday night as he began this new chapter in his life," Thompson press secretary Maddison Stone told NBC, adding that the family is "very happy" to welcome his partner "into their family."

No, same-sex marriage is not "settled": The GOP base demands more anti-LGBTQ extremism

Thompson, a western Pennsylvania congressman who was elected in 2008, was one of 126 House Republicans who backed a failed federal lawsuit seeking to overturn former President Donald Trump's election loss. He was one of 157 Republicans to vote against a bill that would codify same-sex marriage after Supreme Court Justice Clarence Thomas urged the court to reconsider its earlier ruling that effectively legalized same-sex marriage nationwide.

Stone dismissed the bill as a Democratic "messaging stunt."

"This bill was nothing more than an election-year messaging stunt for Democrats in Congress who have failed to address historic inflation and out of control prices at gas pumps and grocery stores," Stone told the Centre Daily Times last week.

The bill ultimately passed the House with 47 Republicans joining all Democrats in support. It's unclear if the bill can muster enough Republican votes to pass the Senate. Five Republicans have said they would vote for the bill, including retiring Sen. Rob Portman, R-Ohio, who changed his view on same-sex marriage after his son came out as gay in 2013.

"It's a change of heart from the position of a father," Portman said at the time. "I think we should be allowing gay couples the joy and stability of marriage."

Portman, who long held that marriage should only be between a man and a woman, supported an Ohio referendum to legalize same-sex marriage after his son "allowed me to think about this issue from a new perspective, and that's as a dad who loves his son a lot."

"Will ... came to Jane and me and announced that he was gay, that it was not a choice. It was who he is and he had been that way since he could remember," Portman said at the time. "Jane and I were both surprised, very surprised, but also very supportive of him. Our reaction was not about policy or positions. It was about him as a son and letting him know we were 110 percent supportive of him."

Support for same-sex marriage rights has risen to 71% from 27% back in 1996, according to Gallup. But the Republican Party has largely rejected the shift, describing marriage as only between a man and a woman in its most recent party platform. Republican National Committee Chairwoman Ronna McDaniel was even forced to apologize to conservatives after the party announced an outreach initiative targeting LGBTQ voters.

Rep. Liz Cheney, R-Wyo., who feuded with her gay sister over her longstanding opposition to gay marriage, told CNN on Sunday that her "initial opposition 10 years ago to same-sex marriage was wrong."

"Freedom means freedom for everybody," Cheney said, adding that "given the decision that we saw from the Supreme Court and the suggestion that the additional rulings could be at risk ... means that we have got to step up and make sure that we're providing protections."

Transportation Secretary Pete Buttigieg, who is gay, called out the vast majority of House Republicans who voted against the same-sex marriage bill.

"I don't understand how such a majority of House Republicans voted no on our marriage as recently as Tuesday," he told CNN, "hours after I was in a room with a lot of them talking about transportation policy ... only for them to go around the corner and say that my marriage doesn't deserve to continue."