Blake Masters, a mini Trump, has a plan to privatize (almost) everything everywhere 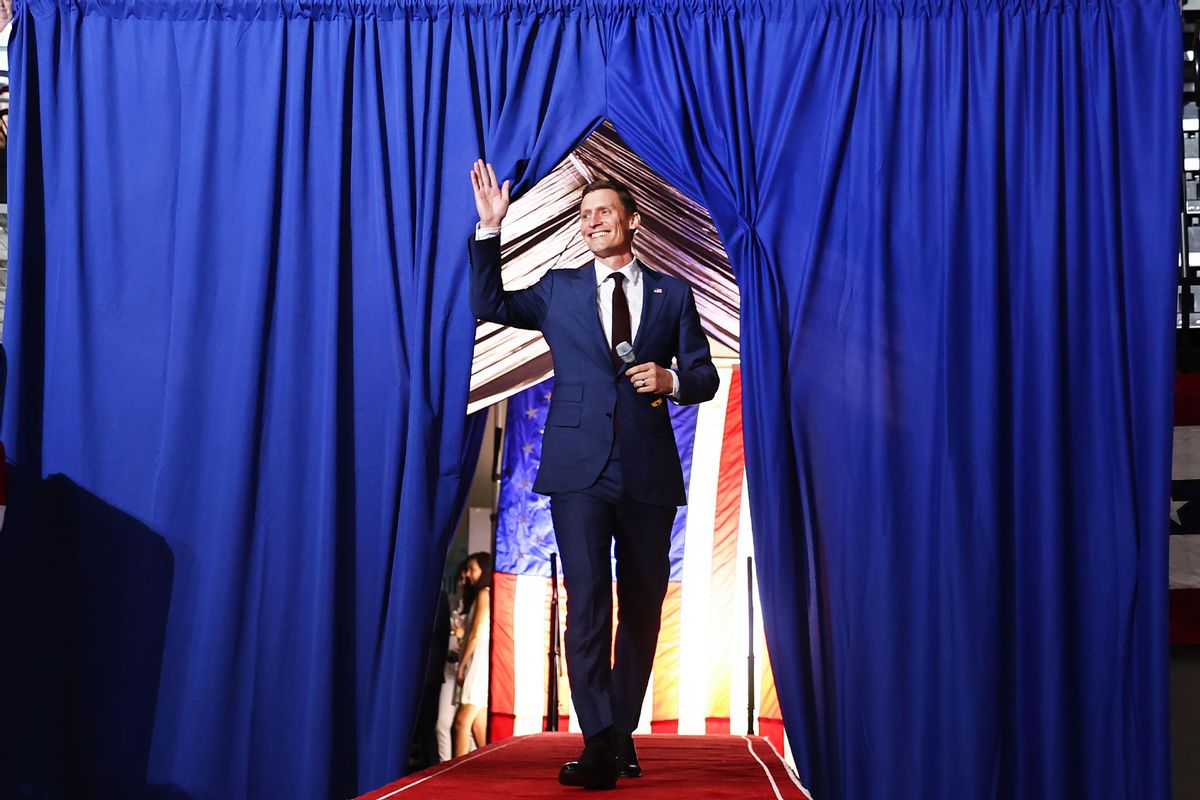 Since the beginning of his campaign, Blake Masters, the conservative venture capitalist turned U.S. Senate hopeful from Arizona, has been drawn to the kind of rhetorical extremism that now animates the Republican Party, bandying insults and talking points of the kind that require no specialized knowledge or experience but nevertheless leave an indelible impression on Republican voters. As far back as 2015, Masters told The Washington Post, he'd been entranced by the rhetoric of Donald Trump, a loud misogynist, who during one of his presidential debates proudly embraced accusations of sexism rather than deny them.

"Only Rosie O'Donnell," Trump interjected, before getting rapturous applause from the crowd.

It was during this now-notorious back-and-forth, Masters explained, that he had his lightbulb moment.

"Somehow he just busted through some wall," Masters recently told the Post of Trump. "He didn't apologize. He kind of just picked on her as this target."

Since then, Masters has largely emulated the former president's brashness on all matters political. Just this May, in the wake of the Supreme Court's rescission of Roe v. Wade, the former tech executive stressed the need for nationwide ban on abortion, a practice that he called "demonic" just last year, according to The Tuscon Weekly. Masters also believes that the Capitol riot was an FBI-led "false flag operation"; that the American education system is pushing "gay sex ideology" onto students; and that Democratic elites are deliberately attempting to loosen borders and win future elections with a more pliant voting bloc from the Third World.

Of course, none of this is particularly unique to the MAGA agenda, which has for the most part set its sights on culture war issues like abortion, race, immigration, sex, and gender. But Masters also espouses a strange flavor of half-baked libertarianism that calls for the complete abolition of long-standing cornerstones for American welfare.

For one, Masters supports a generalized push to privatize the country's water supply, according to audio provided to Salon by American Bridge, a Democratic Super PAC.

"Would you support the transferring of water resources to private ownership?" a voter asked Masters two weeks ago during a campaign event in Sedona, Arizona.

"In general, yes," Masters responded, because "the state can't do it and you don't want the government doing a lot of this stuff."

To be sure, private water companies would be nothing new for the nation. But anecdotal evidence suggests that water is the kind of basic human right that has no business under Corporate America's thumb.

Back in 2017, The Washington Post reported that states that offload their publicly-owned water infrastructure to private corporations tend to see rate hikes for customers, adding to the millions of Americans whose sinks, toilets, and showers are routinely disconnected for unpaid bills, as The Guardian reported.

Janice Beecher, the director of Michigan State University's Institute of Public Utilities, told the Post that state officials "should ask good questions, and they should understand the trade-offs" before selling off their municipal water systems, because "once it's gone, it's gone."

According to a sweeping 2016 analysis from the Food & Water Watch, a consumer rights organization, private water companies charge 58 percent more than their publicly-owned counterparts. In states like New Jersey and Pennsylvania, the premium can be as high as 79 and 84 percent respectively.

And that's just pricing. Public Citizen, another consumer rights group, found that privatization leads to worse water quality, job losses, over-extraction, and corruption. To add insult to injury, $26.5 billion of the EPA's budget goes to for profit-water providers, which presently control 10% of the nation's water supply, suggesting that water companies have trouble sustaining themselves without the largesse of the government.

Meanwhile, cities all across America are now attempting to expropriate water infrastructure they sold off in response to complaints about rate hikes and bad service. However, as the Post reported, exercising eminent domain in this area can be extremely costly, leading to municipal deficits that, ironically, might have been the original impetus for privatization.

Apart from water, Masters also has a grand, albeit ill-defined, vision to privatize Social Security, the federal insurance program that provides benefits to 65 million retired, disabled, and unemployed people.

"We got to cut the knot at some point though because I'll tell you what, I'm not going to receive Social Security," Masters said at a primary debate back in June. "I'm a millennial."

"We need fresh and innovative thinking, maybe we should privatize Social Security," he added at the time. "Private retirement accounts, get the government out of it."

Make no mistake: Social Security security has been a perennial punching bag for the Republican Party for decades.

As early as 2004, then-President Bush campaigned on privatizing the program, arguing that young people should be able to take "ownership" of their future benefits by investing their tax withholdings into a private account that would be subject to the whims of market forces.

"We should make the Social Security system a source of ownership for the American people," Bush said in a January 2004 State of the Union address.

However, the plan ultimately unraveled once it became clear that it was massively unpopular amongst the American public, 96 percent of whom currently support Social Security as is.

Today, both parties agree that Social Security needs to be reformed, in part because the retirement funds are projected to run dry by 2034. But what that reform should look like breaks down across party lines.

Democrats, for their part, have argued that the program should be expanded – along with provisions that would create a minimum benefit and a cost-of-living adjustment – through tax increases. Unsurprisingly, Republicans have repudiated this plan as anti-business, instead proposing plans to raise the minimum age of retirement, establish "rescue committees" that would mull cuts behind closed doors, and even sunset the program every five years.