Welcome to "The Stone Age," chronicling the Rolling Stones' epic career of rock, scandal and excess 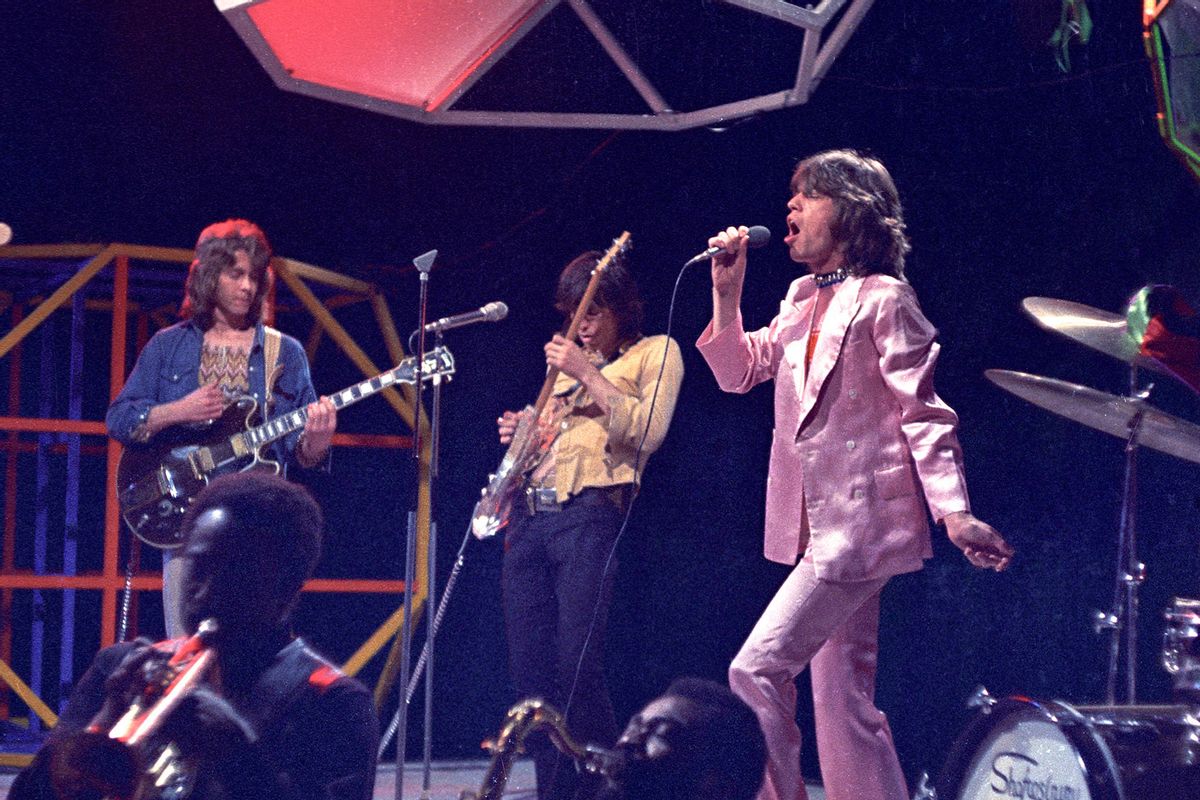 Lesley-Ann Jones's "The Stone Age: 60 Years of the Rolling Stones" is a strange, occasionally beguiling read. On the one hand, Jones — a veteran music journalist and rock biographer of artists such as David Bowie, Freddie Mercury and Marc Bolan — offers a no-holds-barred study of the Rolling Stones' private, drug- and sex-fueled lives. Yet on the other hand, the author makes vital gestures towards the band's blues roots, as well as the tragedies that marked the progress of their career, including the untimely death of Brian Jones and the murder and mayhem of Altamont.

The result is an at times awkward accounting of the Stones' life and times. When it comes to concocting a celebrity dish-fest, Jones is the veritable master. "The Stone Age" is a thoroughgoing play-by-play of the group's legendary overindulgences.

Rock 'n' roll biography tends to favor studies in over-the-top excess, and the Rolling Stones typified the genre's outrageous appetites, locating them within the vicinity of Led Zeppelin and the Who, who transformed debauchery and destruction into an art form. In "The Stone Age," Jones even goes so far as to feature an appendix detailing Mick Jagger's most renowned dalliances, both female and male, amongst a purported 4,000 sexual conquests.

The Rolling Stones' "Let It Bleed" at 50: An even darker "Gimme Shelter" emerges

What's missing — and what is sorely needed when it comes to books about the Rolling Stones — is the book that contextualizes their music within the mayhem that Jones catalogues. At times, the author makes gestures towards the issues at the heart of the Stones' creative achievements. In her analysis of the band's roots, for instance, Jones enumerates the bluesmen, both credited and uncredited, who influenced the Stones' sound. The British Invasion and the subsequent British Blues Boom owe a considerable, unpaid debt to their African American forebears, as Jones makes clear.

But the story of the Rolling Stones — the one that will see their wares playing a century from now in formats we can only just begin to imagine — would be better served by a narrative that gets to the unruly, beating heart of their music and helps us to understand how it was first inspired, performed and committed to tape in the studio.

Thanks to the group's quaternion of masterworks during the Jimmy Miller era, a period that produced "Beggars Banquet," "Let It Bleed," "Sticky Fingers" and "Exile on Main Street," new listeners will flock to the Rolling Stones' incredible music for decades, if not centuries to come. And it won't have anything to do with how many people fell into bed with randy old Mick.

In the book's finest moments, "The Stone Age" dispenses with the scandal and the gossip, capturing the essence of what makes a working rock 'n' roll band tick. As Jones brings "The Stone Age" to a close, she conjures up a primal image of the group, "captured in mono and preserved for all time," reminding us that ground zero for any musical fusion is the groove. "From such innocence and hope are legends made," Jones writes. And she's damned right.