"A Guide to the Labyrinth" is a portrait of Jim Morrison, the writer, in his own words

The late Doors frontman's siblings want fans to know their brother as an intellectual rebel, not just a rock star 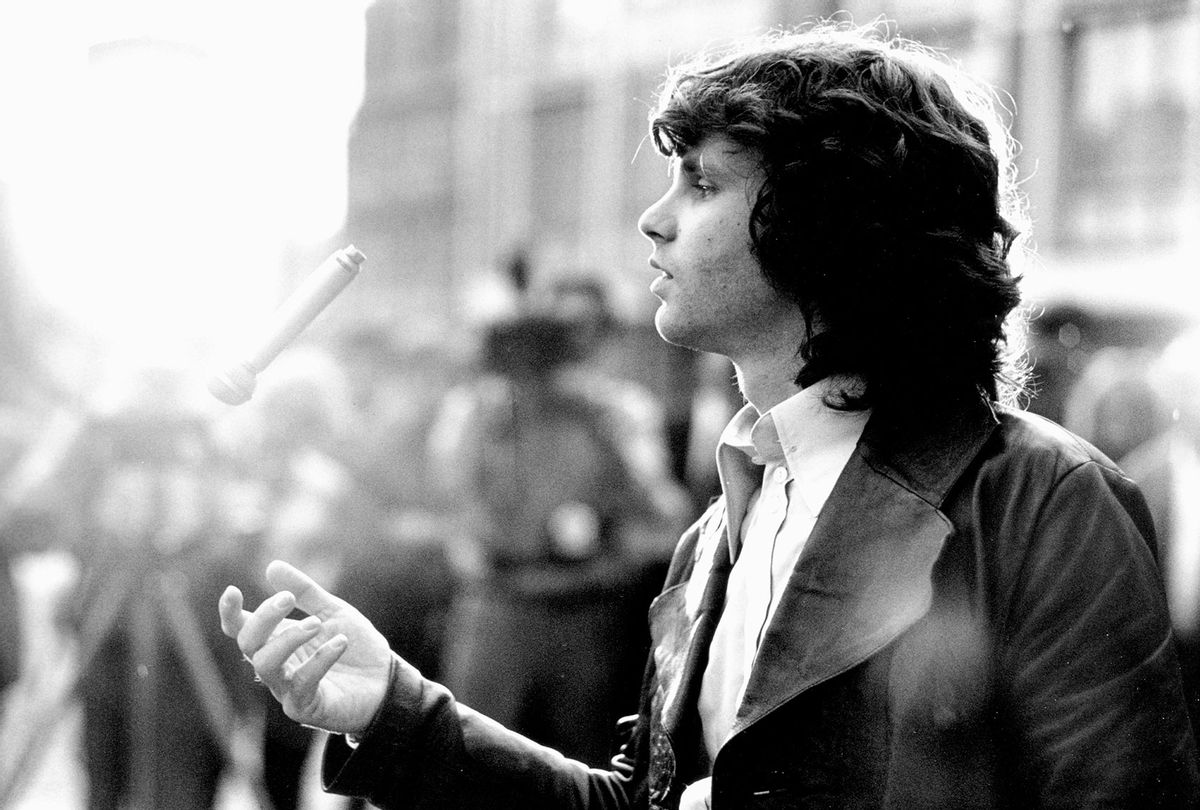 For fans of the music of the Doors, "A Guide to the Labyrinth: The Collected Works of Jim Morrison" is a must-read. Exquisitely illustrated, the anthology was published by Morrison's siblings in collaboration with famed Genesis Publications. And the results are simply breathtaking — and you don't have to be a Morrison or Doors devotee to understand why.

"A Guide to the Labyrinth" offers a staggering portrait of an artist on the cusp of greater things. Indeed, Morrison's untimely death at age 27 in July 1971 found him at a crossroads. He was the lead singer of a band that had reeled off a spate of artistically complex albums. But as "A Guide to the Labyrinth" so powerfully demonstrates, he was increasingly besotted by the language of poetry, an avocation he had pursued since his early teen years.

During a 1969 interview with Rolling Stone, Morrison wore his ambitions on his sleeve. When asked, "Do you see yourself going more towards print?" Morrison admitted, "That's my greatest hope. That's always been my dream."

As the pages of "A Guide to the Labyrinth" reveal, the self-styled Lizard King was on the verge of a brilliant literary career. His poems and notebooks find him making steady progress as a keen thinker about the world, as well as a gifted practitioner. A passion project of his surviving siblings Anne and Andy, Morrison's collected works is a testament not only to the genius behind the Doors, but a top-drawer mind in rapid fire engagement with a changing world.

Andy Morrison fondly remembers growing up with brother Jim, whom the world has painted in the decades since his death as a larger-than-life rebel. But for Andy, Jim was an "intellectual rebel" more than anything else — the sort who hung around with the smart set in high school, innately loved to read and write, and yet always had time for a young brother just coming into his own myriad teenaged problems.

Like Andy, Anne was determined to see the long-lost brother that they knew emerge from the pages of the anthology. For five decades, our understanding of Jim Morrison has been shaped by an evolving rock history that rightly describes him as an artistic giant, while often losing sight of the nuance that made his lyrics so unique. "I wanted the book to be about Jim, rather that everybody telling us who Jim was and what they that about him," Anne told me.

Instead, she wanted to see Jim come to life through the power of his own words as opposed to others' preconceptions of him via his celebrity. With "A Guide to the Labyrinth," she was determined for him to be understood as "an active writer and thinker," a highly literate person who often had his nose in his journal, sifting through one idea after another, and working out the problems associated with the serious task at the heart of writing.

In her fondest dreams, Anne hopes that the anthology will attract new, uninitiated readers to her brother's life and work. They surely won't be disappointed. "A Guide to the Labyrinth" has been lovingly curated with hundreds of unpublished photographs and drawings, as well as reproductions of Morrison's handwritten poems and notes. In one masterstroke, Jim Morrison's siblings have succeeded in affording lovers of music and poetry with an entryway into one of the twentieth century's most enduringly fascinating minds.