Paul McCartney’s “The Lyrics: 1956 to the Present”: A visual feast, if flawed, for Beatles fans

Edited by Irish poet Paul Muldoon, this book is worth it for the illustrations alone 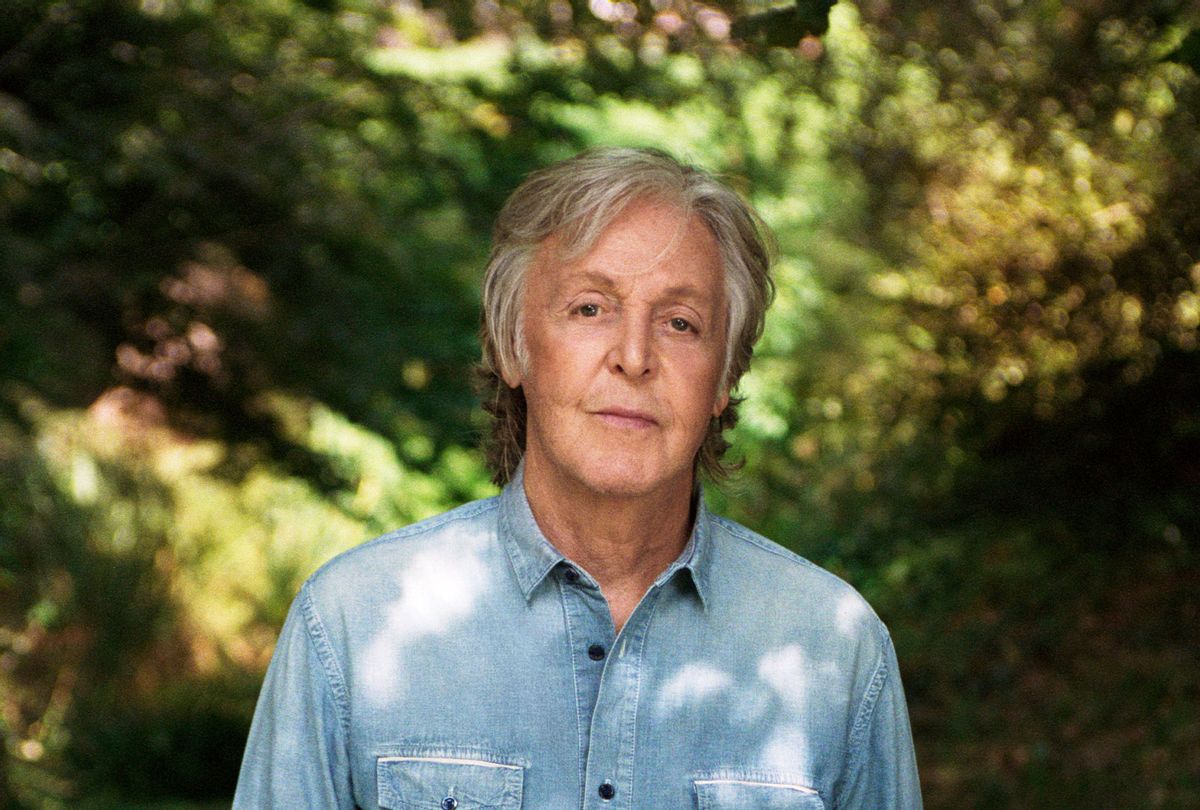 Let's be ineluctably clear from the outset: Paul McCartney stands alone as the finest singer-songwriter and most accomplished musician of the rock 'n' roll era. Sporting an impressive vocal range throughout the heart of his career as both a member of the Beatles and as a solo performer, he was arguably his industry's most gifted singer from the mid-1960s through the early 1980s.

Working with John Lennon, his compositions, which include scores of Top 40 hits, will stand the test of time as the crème de la crème of the pop music songbook. As a writer and performer, McCartney is at home in virtually any style, from rock and country through jazz, R&B, and beyond. In terms of his musicianship, he is simply virtuosic, distinguishing himself time and time again as an inventive, often groundbreaking guitarist and perhaps the most innovative and melodic bass player to ever pick up the instrument.

And perhaps the best part? His talent has hardly begun to ebb. Witness last year's "McCartney III," one of his most compelling albums in decades, reminding us, as I wrote at the time, that at age 78, his musical chops were as exquisite and profound as virtually anyone's. Ever.

Which is why his two-volume retrospective, "The Lyrics: 1956 to the Present," is somewhat mystifying. For one thing, we've been down this road before with the excellent "Paul McCartney: Many Years from Now," the 1997 biography penned by Barry Miles in close consultation with the former Beatle. A valuable and exhaustive study — especially in terms of McCartney's songwriting practices — "Many Years from Now" has aged well, easily eclipsing the vast number of other biographies devoted to Beatle Paul.

That said, "The Lyrics" has its own ace in the hole. Edited by celebrated Irish poet Paul Muldoon, the anthology is a feast for the eyes. Dyed-in-the-wool Beatles fans will be bowled over by the sheer profundity of unpublished photographs, previously unseen lyrics sheets, journal entries, paintings, and the like. Indeed, "The Lyrics" easily represents the finest collection of illustrations associated with McCartney's life and work. And it's beautifully rendered, to boot. Drop-dead gorgeous as books go, "The Lyrics" rivals the finest art imprints, including the handsome limited editions from the likes of Taschen and Genesis.

Readers will enjoy the deep dives into more than 150 songs, and I, for one, was thrilled with the choices. All of the requisite Beatles tunes are in evidence, and diehards like myself will be pleased with McCartney's attention to a bevy of Wings-era favorites, including somewhat less famous numbers as "Mrs. Vanderbilt," "Café on the Left Bank," and "Old Siam, Sir," to name but a few.

If "The Lyrics" has an overarching weakness, it exists in the margins. For one thing, Beatles tunes are credited in the anthology to "Paul McCartney and John Lennon," eschewing the "Lennon-McCartney" brand that ensured that Liverpool's favorite sons were household names the world over by their mid-twenties. This has been a long-standing issue for McCartney, dating back to the Beatles' first two LPs. The liner notes for their 1963 debut album "Please Please Me" credited their original compositions to "McCartney-Lennon," only to be reversed later that same year on "With the Beatles."

McCartney has blamed Lennon and Beatles manager Brian Epstein for engineering the shift, remarking in "The Beatles Anthology" (2000) that "I wanted it to be McCartney-Lennon but John had the stronger personality, and I think he fixed things with Brian before I got there. That was John's way. I'm not saying there is anything wrong with that; I wasn't quite as skillful. He was one-and-a-half years older than me, and at that age it meant a little more worldliness." Since the days of "Wings Over America" (1976), McCartney has taken to crediting his Beatles compositions to McCartney-Lennon, at one point even entreating Lennon's widow Yoko Ono to consider officializing "Yesterday" as a McCartney-only composition — he composed the song in its entirety, after all — but she held fast.

And then there are a series of moments in "The Lyrics," often literary in nature, that might seem like — dare I say it? — overreaching. As an English major, I couldn't be more chuffed. But as a student of Beatles history, I am skeptical about these sorts of twilight attributions. Take, for example, the suggestion in the "She Loves You" entry that likens the song's speaker to the protagonist in L.P. Harley's novel "The Go-Between." Or the notion that McCartney might very well have gleaned the phrase "let it be" from Shakespeare's "Hamlet" — but mercifully, not from the bad quarto, it turns out. To put it another way, McCartney's contributions are plenty substantial in their own right — they don't need any help from the Bard from Stratford, thank you very much.

That's not to say that the attendant anecdotes and off-the-cuff musings are not powerful and affecting. As always, McCartney's asides about his parents are simply lovely. And let's face it: Jim Mac's influence upon his son's musical upbringing looms as large as virtually anyone's — including Buddy Holly and Elvis Presley, the King of Rock 'n' Roll himself.

Any and all references to McCartney's late wife Linda are also welcome and profuse, underscoring the incredible imprint that she left on his personal and creative lives. In all of our lives, if you really pause to consider the singular place that she held in his world. In its finest moments, "The Lyrics" brings these key relationships to the fore, emphasizing the role that McCartney's family has always played in his life — and yes, this most definitely includes his created family with the other Beatles and their circle.

At this late date in mapping the group's story while two Beatles still walk among us, it's time to put an end to historical revision and embellishment. The Beatles' story, which is awe-inspiring and significant all by itself, simply doesn't need it. Virtually every minute of every day, some lucky kid is discovering McCartney and the Beatles' musical bounty for the first time. I envy them to no end, knowing, as many of us already do, that they are poised to embark upon a lifetime's journey seasoned by a soundtrack of unparalleled quality and renown.

So, to purchase or not to purchase "The Lyrics?" That is, indeed, the question. For music aficionados, McCartney's anthology is a must-buy — if merely for the illustrations. Prithee, dear Reader, and fetch me a more exquisite anthology this holiday season? I dare say you won't find one.

In spite of its flaws, "The Lyrics" is a worthy addendum to "Many Years from Now." And readers everywhere — regardless of their musical persuasions — will want to have "The Lyrics" resting comfortably on their coffee tables when the youngsters in their lives inevitably begin their Beatles journeys. Because they no doubt will, mark my words, and you'll want to be good and ready when the time comes.

Deep Dives Into the Beatles with "Everything Fab Four":