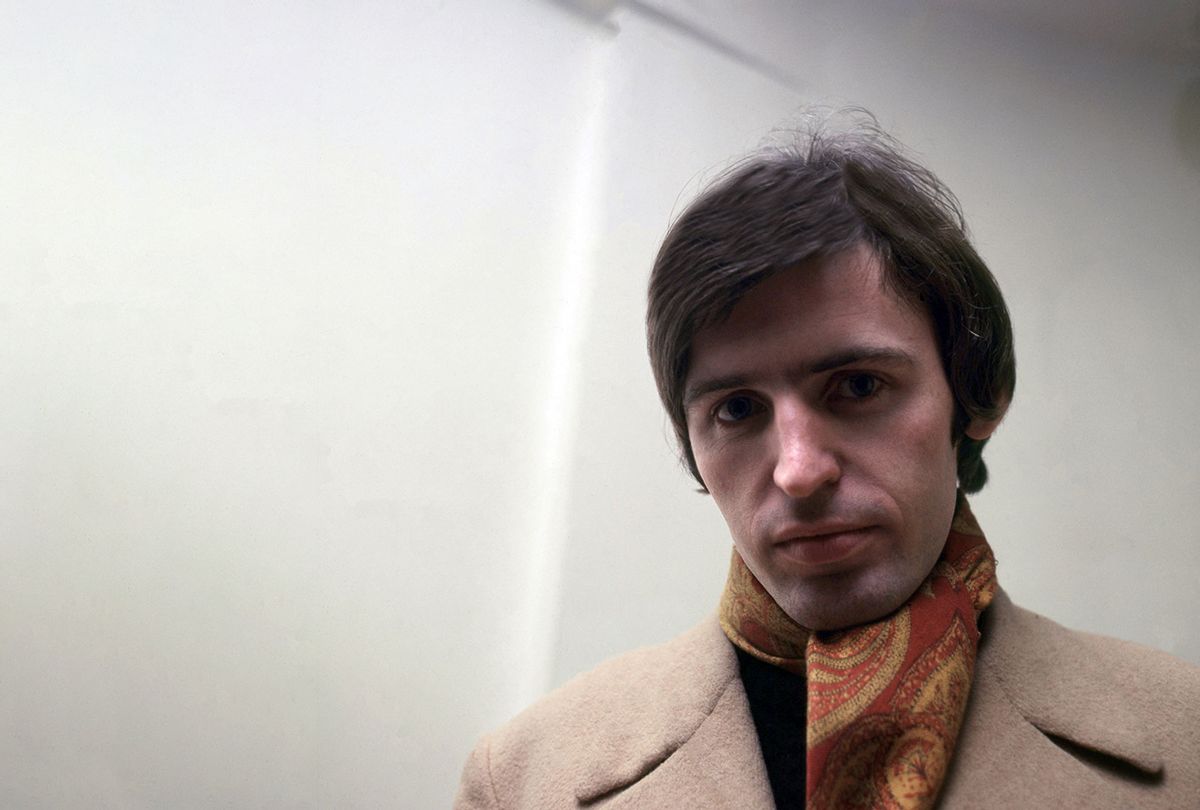 Peter Michael McCartney, known professionally as Mike McGear, the British performing artist and rock photographer and younger brother of Beatle Paul McCartney, during his time as a member of The Scaffold, in London, England, December 1967. (Jeff Hochberg/Getty Images)
--

A sumptuous new offering from Genesis Publications, "Mike McCartney's Early Liverpool" vividly traces the life and times of the city that birthed the 20th century's most resounding musical revolution.

An exquisite mélange of original photographs, drawings, and language, "Mike McCartney's Early Liverpool" reflects the author's keen sense of history. As the younger brother of pop virtuoso Paul McCartney, Mike McCartney enjoyed a bird's-eye view of the pre-fame Beatles and the city that made them.

Later, as the Fab Four conquered the global music charts in the 1960s, Mike McCartney left his job at a salon and took his own stab at greatness via the Scaffold, a group of the younger McCartney's Liverpool mates bent on taking a humorous approach to the Mersey Sound. They would score a chart-topper of their own in 1968 with "Lily the Pink."

Mike pointedly describes Liverpool as the fount of a "magic era," and the carefully curated photographs and drawings in his collection illustrate a city brimming with creative energy and promise. In its most powerful moments, "Mike McCartney's Early Liverpool" devotes attention to his father's signal role in mapping the course of 20th century music.

﻿In the 1920s, Mike's father led the Jim Mac Dance Band, who made a name for themselves on Liverpool's party and dancehall circuit. In his own way, Jim's interest in period music later exerted a ﻿sizable influence on the Beatles' multifaceted musical directions, not to mention Mike's own penchant for musical variety.

But as Mike points out, Jim Mac's influence didn't end with his musical background. "My dad used to do the crossword," McCartney recalled to me, "and he had a great love of words and puns, which is very Liverpool. My family and people in Liverpool were into surrealism before the surrealists," he joked. "While we may have been Liverpool working-class people, we had a natural love of wordplay, along with our Liverpudlian sense of humor, and my dad would stimulate it at home with the crosswords, which he shared with me and our kid," Mike's warmhearted euphemism for his world-famous brother.

RELATED: Paul McCartney's "The Lyrics: 1956 to the Present": A visual feast, if flawed, for Beatles fans

"Mike McCartney's Early Liverpool" pays homage to Jim Mac's love of music and language at every turn, including the reproduction of one of his father's crosswords. Jim Mac's influence can be felt throughout the anthology, including via the whimsy with which Mike approaches his subject matter. Whether he's trying out the family's Kodak Brownie box camera or experimenting with his Rollei Magic camera in later years, Mike's photographs capture the Mersey Beat scene in all its glory.

In so doing, Mike grants readers access to a time and place that we can only visit through the lens of his camera. With unusual vision and a healthy bit of surrealism, Mike takes us back, time capsule-like, into the music and majesty of such Liverpool landmarks as the Casbah Club, the Jacaranda, the Tower Ballroom, and the legendary Cavern Club. "Mike McCartney's Early Liverpool" makes for a poignant, unforgettable journey.

Deep Dives Into the Beatles with Kenneth Womack's podcast "Everything Fab Four":