While in DC lobbying for youth rights, the Deputy Communications Director for Voters of Tomorrow "got in MTG's way" 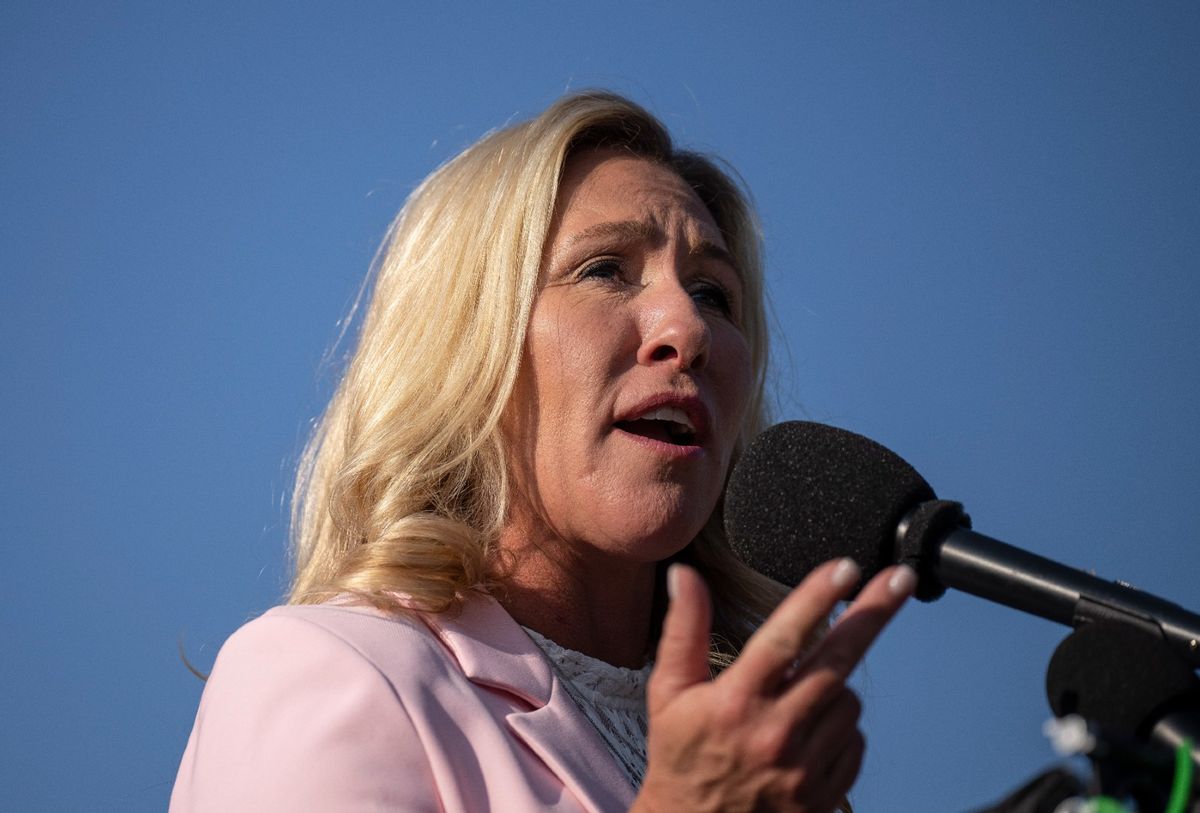 While in DC on Thursday to lobby for youth rights, 18-year-old Marianna Pecora, the Deputy Communications Director for Voters of Tomorrow was kicked in the back of the leg by Representative Marjorie Taylor Greene (R-GA).

In a video clip of the incident that began to make the rounds on Twitter Thursday evening, Pecora can be seen walking in front of Greene and then reacting in shock as she receives the kick.

"Marjorie Taylor Greene just kicked me and told @santiagomayer_ to move to another country," Pecora said on Twitter.

"I'm the Deputy Communications Director @VotersTomorrow and our team is in DC this week to lobby for youth rights," Pecora shared, along with video of the moments leading up to the kick, and after. "All the members of Congress we've met with so far (both Rs and Ds) have been nothing but respectful — except for @RepMTG. She kicked me."

Just before receiving the kick, Pecora can be seen and heard asking Greene to explain how the second amendment can prevent gun violence as a hub of chatter on the subject takes place around her. After asking this question, Pecora walks in front of Greene which seems to visibly agitate her.

"You're blocking a member of Congress," a man guiding Greene on her path says to Pecora. "You can't block members of Congress."

"The funniest part about this isn't that Marjorie Taylor Greene kicked Marianna Pecora," tweeted Santiago Mayer, Executive Director of Voters of Tomorrow; "It's that after all those kickboxing videos, she couldn't even do it well lol."

"These foolish cowards want the government to take away guns & the rights of parents to defend their children in schools," Greene said in a tweet of her own. "You have to be an idiot to think gun control will create a utopian society where criminals disarm themselves and obey the law."