Americans are less happy than ever. What are we doing wrong?

They may not smile as much, but other nations are a lot happier than us 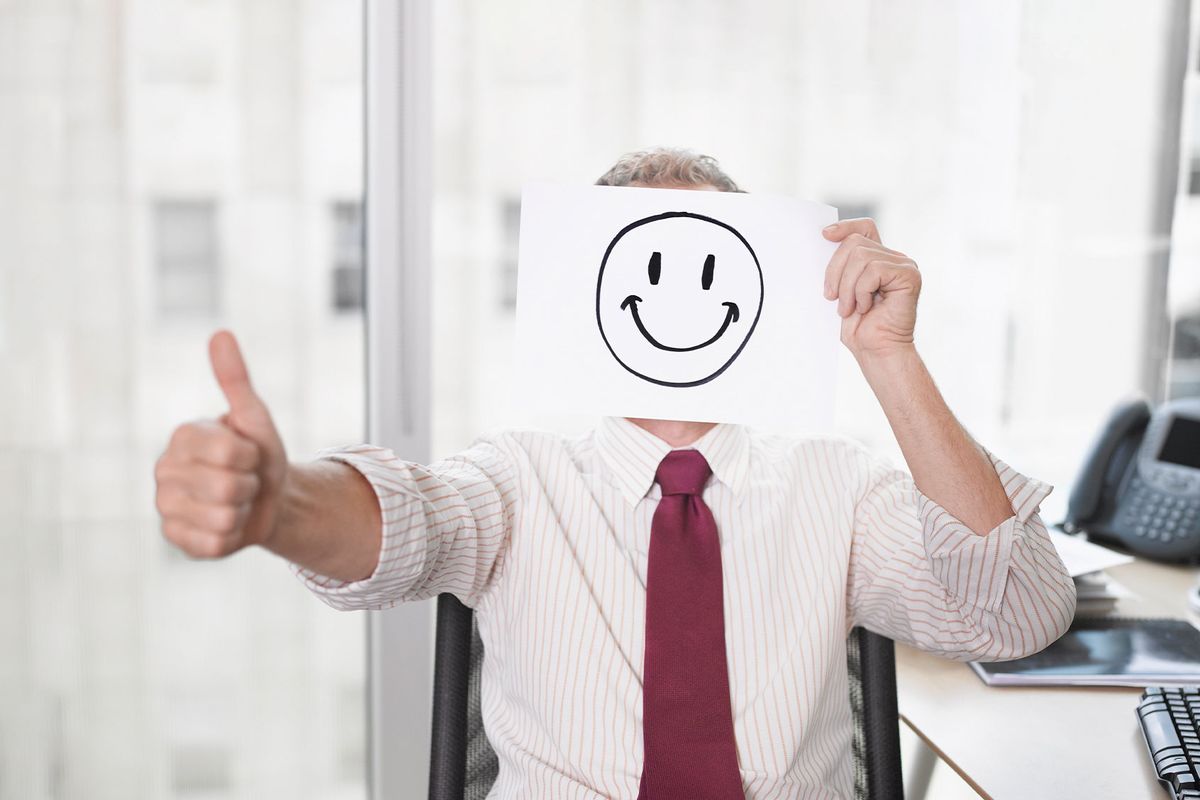 There's a brief, telling scene in Evan S. Connell's underrated classic "Mrs. Bridge" in which the title character, on holiday in Europe, meets an expat who tells her that he lives in Paris because he's "happier" there. This puzzles Mrs. Bridge, because to her eyes, "He did not look happy; at least he seldom smiled."

We like to presume that happiness and smiling are interchangeable. Yet one glance at the annual World Happiness Report reveals a far less outwardly ebullient visage. Relying on the variables of "real Gross Domestic Product per capita, social support, healthy life expectancy, freedom to make life choices, generosity and perceptions of corruption," the United Nations' Sustainable Development Solutions Network ranks the current happiest countries on earth as Finland, Denmark, Switzerland, Iceland, the Netherlands, Norway, and Sweden. You know, places whose chief exports include practical furniture, violent tasting licorice and psychological thrillers. The U.S. barely cracks the top 20. Maybe we don't know what real happiness is.

The problem with positive psychology: When the pursuit of happiness turns toxic

"The intense motivation to pursue happiness has been very robustly linked to worse well-being in the U.S."

Americans are fixated on our happiness. We built its pursuit into our founding documents and we incorporate it into our corporate branding strategies. We have turned "self-care" into a multi-trillion dollar industry and we describe our premier theme park to be the "happiest place on earth." And yet we have never been more miserable. A recent Gallup poll found only about one third of us say we're satisfied with our lives — an all time low. The National Institute for Mental Health estimates that in the past year, "21.0 million adults in the United States had at least one major depressive episode." Our zeal may be part of the problem. As Brett Ford, one of the authors of a 2015 University of California, Berkeley study on cultural happiness has said, "The intense motivation to pursue happiness has been very robustly linked to worse well-being in the U.S." It's a lot of pressure.

I am currently spending a few weeks in the Netherlands, in a beautiful university city where church bells tell me the hour and a canal flows right outside my window. It's spectacular. Yet much like Mrs. Bridge, I confess my immediate superficial impression here was not that this is a country with a surplus of joy. The cuisine is sensible; the transactions are polite. There's definitely not a lot of the constant propulsion toward fun — big, loud, just got a hug from Mickey Mouse fun — that I associate with the American character. "I think it's the Calvinism," a Dutch colleague ventured when I inquired about the enigmatic reserve of her countrymen. "You're not supposed to call attention to yourself."

To be happy is not always a grand whoop of an experience. "One of the most hopeful ways of thinking about happiness is in different flavors," says Dr. Robert Waldinger, Director of the Harvard Study of Adult Development and co-author of the forthcoming "The Good Life: Lessons from the the World's Longest Scientific Study on Happiness." "There's no single way that happiness looks. I do lifespan adult developmental research, studying thousands of lives. And the one, that you learn when you do that is one size never fits all."

"'Am I having interesting experiences?' That might not be fun all the time, but it's engaging."

He explains, "One [type] is the hedonic wellbeing, as in, 'Am I having a good time now?' It's it's a feeling of pleasure." We Americans excel at this. A 2012 study in the International Journal of Wellbeing found in the West, we tend to associate happiness with "a high arousal state such as excitement and a sense of personal achievement."

But Waldinger notes there are other kinds of happy. "Another form," he says, "is called eudaimonic happiness, from the Greek word to describe is a larger sense of meaning and purpose that brings us well being. Say you're a parent, and you're just exhausted, and you're reading 'Goodnight, Moon' to your child before bed and she asks you to read it for the eighth time. Are you having fun? No. But is the most meaningful thing you could imagine doing? Absolutely. It's that distinction." He adds, "There's a third flavor people have begun to think about, which is called a psychologically rich life, meaning, 'Am I having interesting experiences?' That might not be fun all the time, but it's stimulating, engaging."

Of course, happiness is a highly individualized experience as well as a cultural one, and if we Americans lean toward a flashier vision of happiness, that doesn't automatically make us wrong. John Sommers-Flanagan, a clinical psychologist and professor of counseling at the University of Montana whose work focuses on happiness, explains, "When cultures emphasize hedonic happiness (aka materialism), happiness ratings tend to fluctuate depending on the acquisition of material belongings. Hedonic adaptation speaks to the fact that new things may briefly elevate mood, but over time (and sometimes a short time period), the new things get stale and happiness plummets back down. When cultures emphasize eudaimonic happiness," he continues, "there tends to be less fluctuation in how people describe their happiness states of mind. Meaning and purpose-oriented living tends to stabilize mood." But, he says, "People seem to need some of both forms of happiness. Fun is fun and good for short-term mood-boosting. But focusing too much on short-term mood-boosting activities seems to be a recipe for eventual discontent."

It no doubt says a lot about our Western presumptions that the World Happiness Report skews aggressively European. Does that mean that the people of Costa Rica or Nepal are inherently unhappier than their Scandinavian brethren? That sounds like a simplistic proposition that we need to approach with a measure of skepticism. Yet the report's baseline metrics, like generosity and social support, offer an intriguingly universal imperative a gentler joy.

"While we tend to assume that happiness is a day-to-day and extremely individual phenomenon, there are variables that have been shown to contribute to the overall sense of happiness and wellbeing of not just individuals, but society at large." notes Ellen Wong, ND, a happiness coach and founder of The Joy Avenue. "Five of the top ten spots in the world's happiest countries are occupied by Nordic countries. In these countries, not only is the GDP favorable, there is also a strong sense of community and trust in the government. Healthcare, education and environmental sustainability are top priorities." There's no getting around it — plain old stability makes people happy.

Pleasure is great and I want as much of it as humanly possible, but it is also comes and goes. And while contentment may sound like a much more modest ideal, I can't ignore the appeal of the restrained happiness that other countries seem to have a better handle on. "The expectation that we're going to feel happy all the time is complete garbage," says Robert Waldinger. "The human organism does not feel happy all the time. Positive emotion isn't there all the time. It's up and down. That's one of the myths that's the most helpful to debunk." Happiness isn't a constant. And it doesn't require a smile.

about how to be happier