In a TV landscape flooded with adaptations of famous intellectual property, the man with no history rules them all 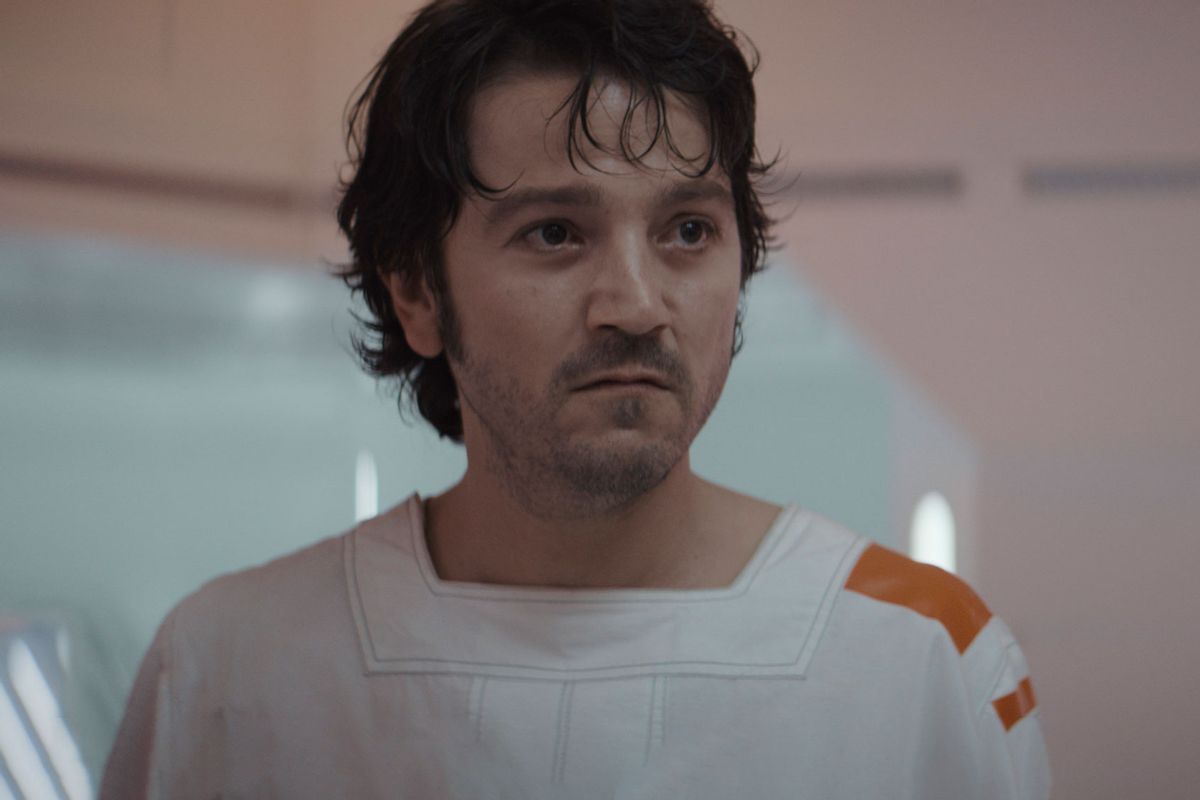 Cassian Andor and Obi-Wan Kenobi may be two men who eventually fight for the same side, but that's about all they have in common. The version Cassian we meet five years before the events of "Rogue One" is an outlaw sought by Imperial force, doing whatever he can to survive and stay off the radar. Sometimes that means shooting traitors before they can even think about drawing a weapon. Sometimes it requires him to scale a craggy cliff's face in bare feet, ignoring the blood seeping from his nail beds.

The Obi-Wan we follow through his eponymous six-episode prequel is also a fugitive, but one bound by his reputation as a Jedi both within the show's timeline and the audience's institutional memory. He has limits that force him to set an example, a function of knowing the character and the actor who plays him, Ewan McGregor.

Familiarity has its benefits. Our collective excitement for "Obi-Wan Kenobi" was locked in before it debuted. Viewership for "Andor," in contrast, was reportedly slower to build.

Despite this, "Andor" has turned out to be one of the culturally resonant and tonally ambitious entries in the Lucasfilm universe, as well as on TV in 2022. The fact that I'm saying this about another ducat in one of pop culture's most gigantic I.P. vaults either tells you how low the bar for greatness is or indicates the level of excellence with which showrunner Tony Gilroy has constructed this story. It's probably a bit of both.

"Andor" shows how exploitation leads to the Dark Side, from bureaucratic drudgery to prison labor

A larger contributor to its success also rests in knowing that out of all the franchise's recent releases, "Andor" is about as close to an original, fresh concept as one can get in a TV landscape dominated by shows adapted from existing intellectual property.

In whatever respect that Hollywood can still be called a dream factory, it is more than ever one where the prevalent visions are somehow connected to or replicating work created by a handful of people.

It's still depressing to realize how few original concepts make it to series these days compared to the ones that are offshoots of established product lines, but at least this product uses its outsider status in the best way possible.

Through Diego Luna's Cassian Andor and the other anonymous people the Empire persecutes, randomly enslaves and tortures, the soulless complex lorded over by Darth Vader and Emperor Palpatine loses its magic. By framing it in a way we understand, making it into a drama that intertwines government corruption with bureaucratic drudgery, the Empire becomes another totalitarian regime propped up by ambitious middle managers, some hounded by nitpicking parents.

In whatever respect that Hollywood can still be called a dream factory, it is more than ever one where the prevalent visions are somehow connected to or trying to replicate work created by a handful of people. George Lucas and the Marvel Cinematic Universe's originating deity Stan Lee transformed the audience's relationship with cinema for better or (in the view of auteurs such as Martin Scorsese) much worse.

The main way the custodians of those visions achieved this is by conditioning the audience to view their movies as serialized stories extended over decades. The dawn of streaming only expanded that strategy, narratively connecting small-screen episodes to theatrical one-offs and generating revenue by cultivating a multigenerational audience where completism is rewarded.

On the TV side of this equation, we had George R.R. Martin and J.R.R. Tolkien pitted head-to-head this fall via competing brand extensions. "House of the Dragon" achieved hit status despite a lot of people wondering why they kept watching because of its direct lineage to HBO's "Game of Thrones," the biggest global TV phenomenon of the past decade.

That series may be high fantasy and thematically everything "Andor" isn't, but it somewhat follows the "Star Wars" spinoff's successful approach of mining the personality-defining backstories of major characters most people only know from Peter Jackson's extravagant film trilogy.

Nevertheless, in making Galadriel and Elrond the protagonists of "The Rings of Power," its showrunners J.D. Payne and Patrick McKay access extensive stories Tolkien established in supplementary literature and along the margins.

Meanwhile, Gilroy and his writing staff, which includes such prestige drama veterans as "The Americans" producer Stephen Schiff and "House of Cards" showrunner Beau Willimon, solidly exploit the freedom to explore this mythology through previously unknown figures.

Similar attributes made "The Mandalorian" a phenomenon, at least at first. Still, Din Djarin is barely one step removed from the core Skywalker saga, confirmed by Luke's cameo at the end of the second season. His hunter wears a suit we recognize and is cultural kin to one of the most cherished characters in "Star Wars"; his ward, Grogu, a member of the same species as Yoda, makes him "Star Wars" royalty from the moment we caught our first glimpse at him.

A lot of writing about "Andor"  expresses wonder at how well the writers have maintained the unpredictability of his character given the fact that we know he's going to die. But we also know how Obi-Wan is struck down, and how Anakin Skywalker becomes Darth Vader, and none of that was perceived as getting in the way of people flocking to "Obi-Wan Kenobi."

"Andor" makes a strong case for abandoning the preciousness we carry for these deep space fairytales.

But the lack of pre-existing ideas of who Cassian and the people around him were allows the audience to experience the mundane evil that eventually transforms him into an insurrectionist without consciously or unconsciously searching for connections to canon.

This is even true of the cameos from the movies and previous series, including Genevieve O'Reilly's Mon Mothma and Forest Whitaker's Saw Gerrera. The films introduce them by name. The show explores how they came to be in the rooms where everything happens.

Nostalgia remains as potent of an audience magnet as ever, and the fact that so many viewers stuck with "The Book of Boba Fett" to the end and defended "Obi-Wan Kenobi" through its narrative droops is a testament to that.

But "Andor" makes a strong case for abandoning the preciousness we carry for these deep space fairy tales, which Gilroy told The Hollywood Reporter that he instructed his writers, directors, and cast to do. Such reverence is the death of ingenuity and inventive gambles.

Letting it go produced a level of disquieting moral stakes this franchise hasn't experienced since "Rogue One," announcing to executives and producers that there's plenty to be mined in a well-loved fable's willingness to grow up. It doesn't matter that we know Cassian will eventually die to get the Death Star's plans to Princess Leia and the rebels. As long as "Andor" stays its course and its makers continue to ignore the tractor beam of lore that may tug at their hearts, our enthusiasm for it may never get old.

All episodes of "Andor" are streaming on Disney+.

about the "Star Wars" universe