Before Joe Biden, America's oldest president was Ronald Reagan, who left office when he was 77 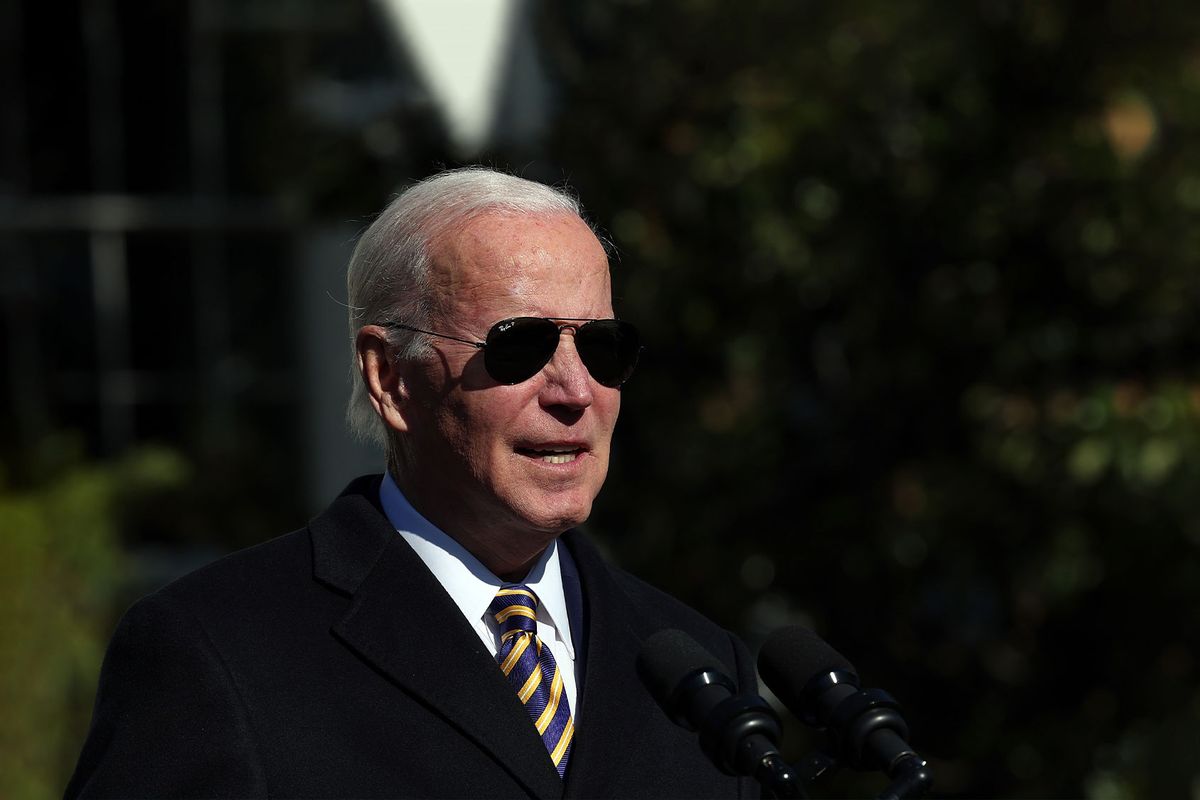 President Joe Biden, who turned 80 earlier this week, is now officially America's first ever octogenarian president. Thanks to his party's over-performance in the recent midterm elections, early reports reveal that Biden is seriously considering running for president again in 2024. If he does so and wins, he will be 82 on the day of his second inauguration, and 86 at the end of his second term. Meanwhile the opponent that Biden defeated in the 2020 election, former President Donald Trump, has already launched his campaign. If Trump wins, and thereby joins Grover Cleveland as one of the only presidents to serve non-consecutive terms, he will be 78 upon resuming office — and 82 by the end of his second term.

"The concerns are both ageist and ableist. It's appalling to mock Biden for a stutter he has worked to overcome his entire life, and it's disgusting to make fun of him for falling off a bike. It's commendable that he rides a bike and stays physically fit."

Having an octogenarian president may be a first for the United States, but is it something to raise an eyebrow at? Casual observers of the American political scene have perhaps noticed that Biden's critics frequently point to his age as proof of his unfitness for office. He has been accused of senility, stupidity and a wide spectrum of other incompetencies. (Trump's critics, it seems, have been less fixated on age.)

Salon reached out to doctors and health experts to ask whether we should take anything from the ascendancy of the oldest president to have ever held office. Most warned against ageism, as plenty of people in their eighties are of sound mind. In terms of health statistics, however, one's health often goes downhill during one's eighties — perhaps unsurprising, given that the average age of death in the United States is around 77 or 78.

Polling experts on the red trickle: "The death of polling has been greatly exaggerated"

"There is a legitimate increase in risk of disease, disability, and death with advancing age and that risk varies tremendously among octogenarians depending on their health, opportunities, and function," Dr. Louise Aronson, a professor at the University of California – San Francisco's Division of Geriatrics, told Salon by email.

"To the extent the media focuses on age primarily, they are engaging in ageism," Aronson pointed out.

Aronson noted that among octogenarians, researchers and actuaries will divide people into three groups — the top 25%, the bottom 25% and everyone in the middle — and find significant differences in life expectancy within those groups. One cannot merely say that, because a person is over 80, that means they are automatically cognitively and physically unfit. While an 80-year-old living in poverty and with no support system has bleak prospects, an 80-year-old with wealth and power (such as a sitting president with nearly a half-century experience in Washington) could actually be just fine. Statistics used to fuel predictions become less reliable due to that important piece of context.

To the extent that media coverage equates Biden's age with an automatic presumption of unfitness, Aronson ruefully noted that it does indeed seem to be rooted in prejudices against elderly people.

"To the extent the media focuses on age primarily, they are engaging in ageism," Aronson pointed out. "It would be more fair, equitable and ethical to focus more on policy and outcomes, honesty and track record, and so much more. He is a remarkably healthy 80 year old who does the things that we know lead to better health and longevity" because "he's a person of privilege."

Aronson is not the first expert in geriatric medicine to express concern about ageism in American politics. During the 2020 election, a group of doctors from the International Council on Active Aging wrote a report that broke down why age should be considered just a number when it comes to people seeking office. At that point in history, Senator Bernie Sanders (I-Vt.) was also seeking the highest office — and Sanders was born a year earlier than Biden.

"As scientists in the field of aging with experience in studying the relevance of age at the population level, and as physicians with experience in studying the attributes of people who survive healthfully into their septuagenarian and later years, we feel it is our responsibility to set the record straight on whether chronological age should be relevant in this or any other election," the doctors, led by Dr. S. Jay Olshansky from the University of Illinois at Chicago, explained at the outset of the report. They concluded emphatically that "the number of healthy older individuals is rising rapidly and expected to increase in the coming decades" and added how "many older individuals are perfectly capable of doing almost anything—including being president of the United States."

"Benjamin Franklin was 81 when he played a critical role in the Constitutional Convention. The issue is capacity, not age."

Author and activist Ashton Applewhite, who wrote the book "This Chair Rocks: A Manifesto Against Ageism," unambiguously characterized the obsession with Biden's age as rooted in prejudice.

"The concerns are both ageist and ableist," Applewhite told Salon by email. "It's appalling to mock Biden for a stutter he has worked to overcome his entire life, and it's disgusting to make fun of him for falling off a bike. It's commendable that he rides a bike and stays physically fit."

Ageism is not limited to the world of American politics. A survey earlier this year by the AARP found that almost four out of five American workers over the age of 60 have experienced some form of ageism. That is the highest number since the survey started studying that subject in 2003.  If anything, the COVID-19 pandemic exacerbated the economic consequences of ageism: While only 23% of jobseekers in February had been unemployed for 27 weeks or longer if they were under the age of 55, that number jumped to 36% for people over the age of 55. Given that roughly one-quarter of the workforce is over the age of 55, the ageist prejudice has a far-reaching real-world economic impact.

As for its political impact, Applewhite was quick to point out that if you look at America's founding fathers (with whom Biden shares other similarities), one of the most important did some of his most crucial work as an octogenarian.

"Benjamin Franklin was 81 when he played a critical role in the Constitutional Convention," Applewhite observed. "The issue is capacity, not age. I think the public has the right to the results of a physical exam conducted on political candidates by a nonpartisan physician. (Olshanky is familiar with Biden's medical records; the president is a 'superager.')" This would also be true for a candidate's running mate. At the same time, "generalizations about capacity on the basis of age are no more defensible than racial or gender stereotypes. Period."

Despite coming at the issue as a scientist rather than an activist, Aronson arrived at the same conclusion.

"All candidates should be evaluated for fitness: medical, fiscal, legal," Aronson told Salon. "If we had a crystal ball, it would be easier to make these decisions, as individuals and at societal levels. People, mostly men, have served in leadership roles in their 80s intermittently and across nations throughout history. There is precedent for a whole host of outcomes."