"I can’t wait to tune into the next series without already knowing who won!” 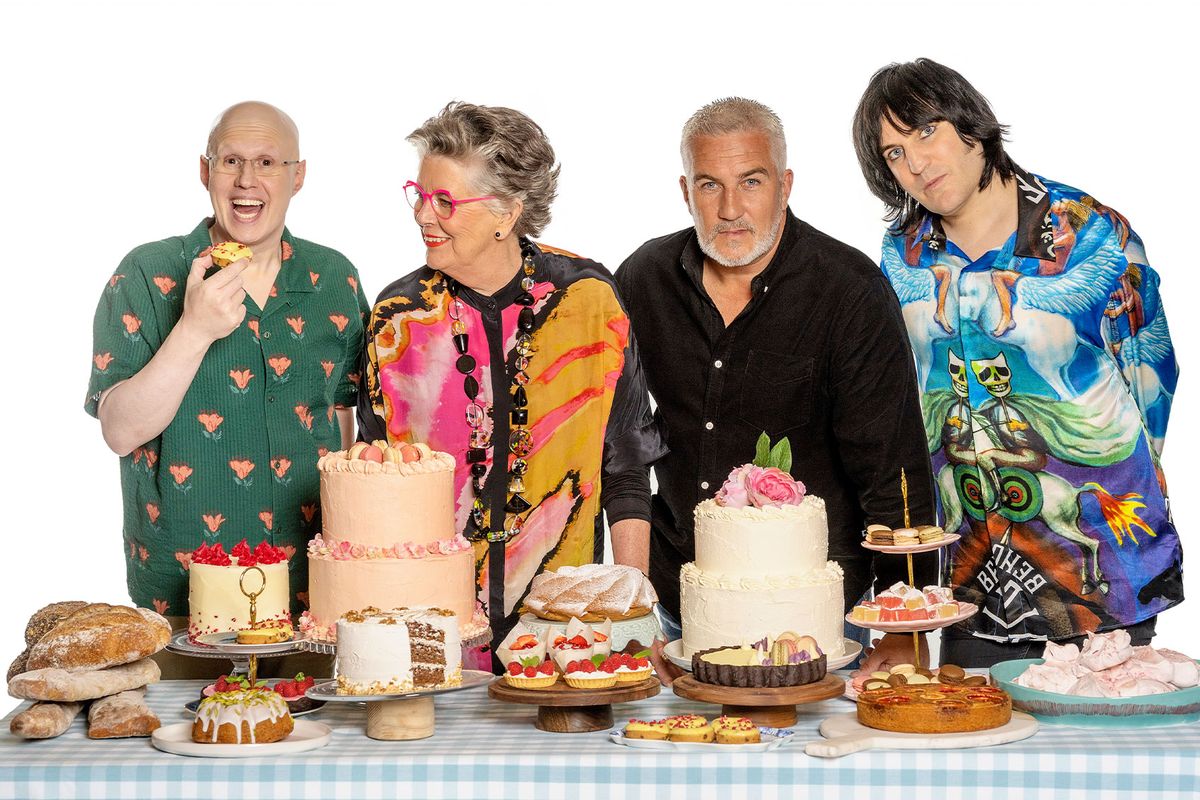 Actor and comedian Matt Lucas has announced he will be "cheerfully passing the baguette on to someone else" as he steps away from his role as co-host of "The Great British Bake Off." In a statement posted to Twitter, Lucas blamed the departure on scheduling conflicts with his new Sky series "Fantasy Football League."

"It's become clear to me that I can't present both 'Fantasy Football League' and 'Bake Off' alongside all my other projects," he wrote.

Lucas has served as co-host, alongside Noel Fielding and judges Paul Hollywood and Prue Leith, for three seasons and 51 episodes. He replaced former co-host Sandi Toksvig in the 11th season of "Bake Off," which airs on Netflix as "The Great British Baking Show" in the United States.

In the end, "The Great British Baking Show" proves that uneven bakes can still taste great

"I would like to give my warmest thanks and gratitude to everyone at Love Productions and Channel 4 and to Noelipops, Paül, Dame Prue, the crew and, of course, the wonderful bakers for welcoming me into the tent," Lucas wrote. "I wish whoever takes over all the very best and I can't wait to tune into the next series without already knowing who won!"

Reception to Lucas' announcement has been mixed.

The "Bake Off" team released a statement on Twitter thanking Lucas for his work.

"We've loved having Matt Lucas brighten up our Tent for the last three years, especially when laughter and smiles were so much in need," they wrote. "We appreciate everything he's done for Bake Off, from working in covid bubbles to supporting the bakers. It's been a pleasure."

However, for many viewers, Lucas — who has previously apologized for donning blackface, brownface and yellowface in his sketch comedy series "Little Britain" and "Come Fly With Me" — was always a controversial choice to bring onto a show that multiple outlets have lauded as "the most wholesome show on TV."

Perhaps unsurprisingly, Lucas' time on "Bake Off" was punctuated by controversy. For instance, in Season 11's "Japanese Week" episode, he referred to katsu curry as "cat poo curry." Meanwhile, in the most recent season's "Mexico Week," Lucas and Fielding opened the episode wearing serapes and sombreros, shaking maracas and likening Mexico to an imaginary place like "Oz" or "Xanadu."

"I don't think we should make Mexican jokes because people will get upset," Fielding said in the show opener.

Lucas responded: "What? Not even Juan?"

Twitter users seem largely pleased about Lucas' departure. As one user wrote, "Seeing the genuine joy about Matt Lucas leaving Bake Off everywhere I look . . . we really are a community."

Since the announcement, conversation online has shifted towards who viewers would like to see as Lucas' replacements. No formal announcement has been made by the show, but a current fan favorite seems to be "What We Do in the Shadows" actor Matt Berry.