"Great British Baking Show" was a showstopper, redeemed this season by fantastic contestants 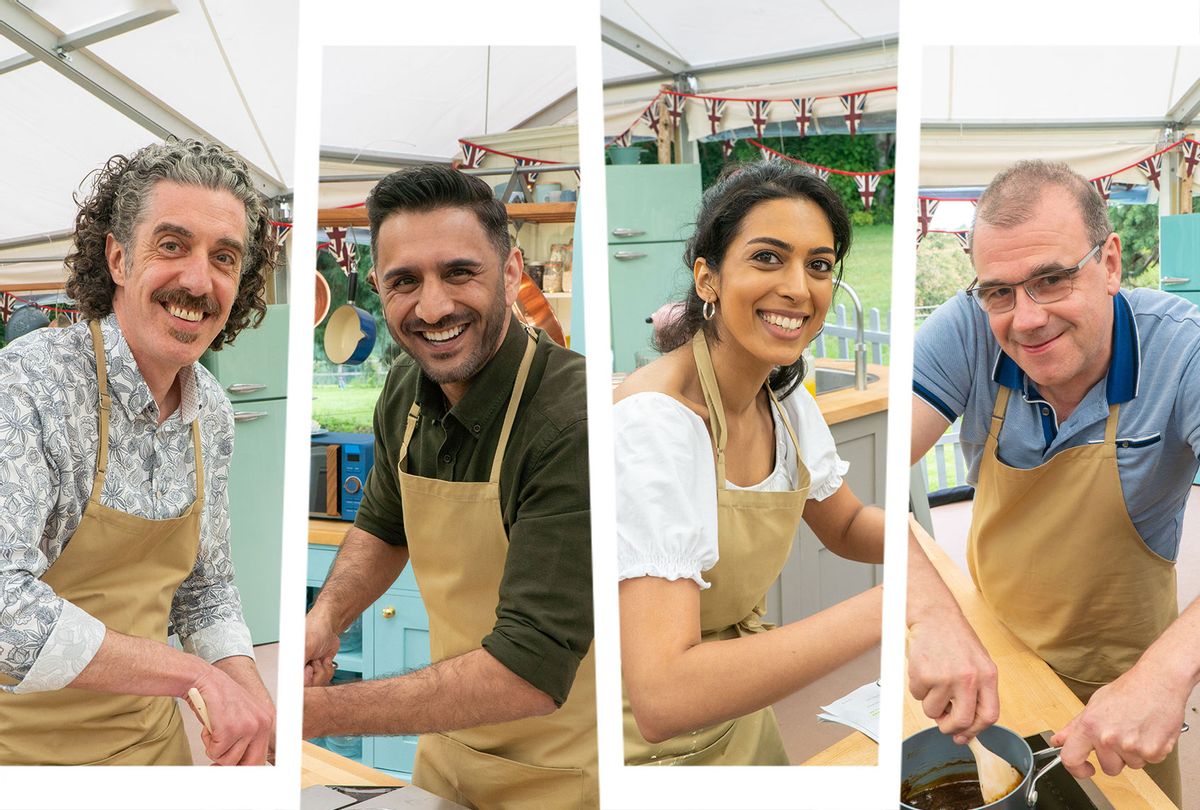 Often the dividing line between the great and the sublime is the quality of the ingredients. We're reminded of that as Season 12 of "The Great British Baking Show" zips up its tent, leaving us more satisfied than ever – especially compared with the previous batch.

No offense is meant to the 11th season's contestants, people who performed as well as they could under the circumstances. They were the first folks to enter a pandemic bubble and sacrifice daily contact with loved ones in to bring us carb-loaded comfort when we most needed it. That season's winner, Peter Sawkins, deserves his accolades. All the runners-up are lovely people.

The same is true of the current season's champion, plainly the favorite from the earliest episodes of the competition. (To keep this story spoiler free we're refraining from naming the winner.) But what makes their victory a cut above is that when judges Paul Hollywood or Prue Leith marveled during deliberation that they were working with the best of the best, they weren't kidding.

RELATED: How "The Great British Baking Show" flaked out on us

A dozen seasons into its run, "The Great British Baking Show" rose with the leavening of overall excellence. Embraceable personalities combined with decadent, formidable challenges to yield a season where from week to week the outcome was never entirely predictable, especially in the season's back half. Certain aspects of "GBBO"  (an acronym of its U.K. title "Great British Bake Off") play out as they always have, with the most skilled bakers pulling ahead early on, but the season's middle was as hard to call as a sponge batter's perfect baking time.

Once we filtered down to this season's group of semifinalists, the outcome was anyone's guess. Crystelle Pereira, Chigs Parmar, Giuseppe Dell'Anno and Jürgen Krauss are evenly matched. Although Giuseppe and Jurgen were more consistently solid, Crystelle and Chigs learned from early mistakes and improved week to week until they were among the stars. The ever-demanding Paul Hollywood even made Crystelle cry a few times by calling her work flawless.

Not only are they good, though, they're actually good people. The producers can't have planned this but they somehow landed upon a quartet built for the ideal fantasy quarantine house.

Remember that fixation from earlier in the pandemic? You can picture it: Crystelle, the endlessly animated sister or favorite aunt to hang out with, experimenting with adventurous flavor combinations like adding miso to caramel or using yuzu to elevate a citrus dish above the basic.

Some viewers 'shipped her and Chigs, who began baking last year, although we're uncomfortable playing that game with real people. Nevertheless, Chigs deserves applause for pulling off the nearly impossible each week, and by that we're referring to each time he put on his glasses and reversed the whole Superman/Clark Kent ruse by becoming more attractive.

Giuseppe and Jürgen, an engineer and a physicist who apply their science knowledge to their baking skills and yield genius, are the uncles everyone wishes they could invite to holiday dinner. They're passionate about balance and quality control, and confident yet humble.

Jürgen won our hearts with his serene manner and subtle jokes, effortlessly tossing off brilliant one-liners every so often as he did with Noel Fielding's riff about a baby-shaped loaf constructed during Bread Week by replying with a deadpan, "I have a bun in the oven as well."

Any of them would have made a satisfying victor, which is what made this round's semifinal particularly exciting: you really couldn't tell who would pull it out in the end. All of them won Star Baker at least twice; Jürgen pulled it out three times.

Each earned a handshake from the hard-to-please Paul during their run . . . except, painfully, for Jürgen during the highly competitive patisserie week. When he was the only contender who didn't receive that unofficial honor during the signature challenge, U.K. Twitter users revolted.

That outcry likely had less to do with the injustice of Paul's move than what it portended. If last year's pandemic game revolved fantasy roommate squads, the semifinal's outcome reflects the social media game "one must go."

Jürgen's exit didn't bring any joy and it certainly wasn't easy. Instead it felt like a reasonable decision, made with the knowledge that any cut was going to be painful. Such is the tyranny of too many incredible choices.

If there's one fly in the dough of this season, it's the overt loony presence of its co-hosts. Matt Lucas, more than Noel, threw off the balance and in some instances harshed the contestants' calm along with the audience. He has never been the favorite of the hosts, but his performance this time begs to be reined in.

Season 12 confirms that we'll take that any day over the mediocrity that defined the 11th season finale that left the fandom dissatisfied, the baker's least desired taste test verdict. As for the how and why of the show's landing on such brilliant success, we can only theorize it was a matter of circumstance and maybe a bit of growth on the part of Paul and his fellow judge Prue Leith.

Paul and Prue would probably argue that they're as exacting as they've always been (which is a guess, since we only know their TV personas), but everyone evolves under the influence of experience and with the benefit of better ingredients. Last year's "GBBO" was a mix of middling bakers with one or two superbly skilled competitors. When the semifinal gave us two marvels and a pair of middling folks, and one of the better ones whiffed it, her season-long consistency didn't save her.

This time, with so many greats folded into the tent, the judges were more cognizant of past efforts. That meant sixth place contender George Aristidou and fifth runner-up Lizzie Acker could pull out incredible showstoppers in the same week they were sent home, but their improvements weeks prior also saved them more than once.

And it also softens the letdown of Jürgen's gentle dismissal despite his consistency in weeks prior. His competition had slipped up more than he had over the weeks, but the others kept rising. In the week where everyone needed to nail it, Crystelle, Chigs and Giuseppe hammered harder.

Such a surge of emotion didn't merely set up for a satisfying finale showstopper challenge. It presents the possibility, however distant, that this season of winners and a ultimate champion might lead to us seeing more of these telegenic kitchen hobbyists appearing in other corners of the culinary TV ecosystem.

Regardless of what happens next for the winner and the other finalists, "GBBO" gloriously returned in 2021 just when we needed relief from the anxiety of a pandemic that's dragged on too long and leaves us with a sugary dusting of appreciation for kindness and impeccability. As this trying year crawls to its finish the finale presented the audience the gift we can always use: a good bake.

All episodes of "The Great British Baking Show" are streaming on Netflix.