World Health Organization rebrands 'monkeypox' as mpox. Does it matter? 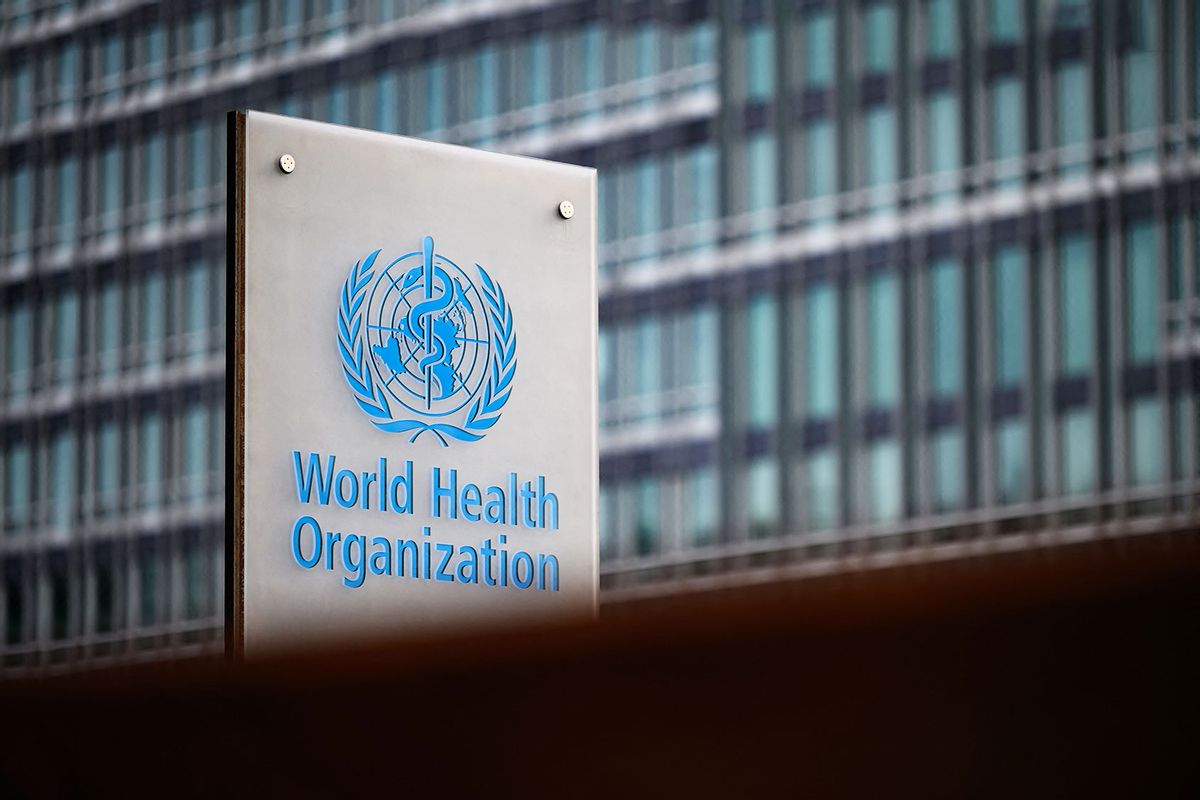 Sign of the World Health Organisation (WHO) at their headquarters in Geneva. (FABRICE COFFRINI/AFP via Getty Images)
--

On November 28, the World Health Organization (WHO) announced its intention to phase out the name "monkeypox" to refer to the viral disease that caused an international global health emergency earlier this year. Instead, they will now use the name "mpox." The agency, which acts as the public health arm of the United Nations, cited "racist and stigmatizing language" as the motivation for shifting away from the term. To avoid confusion over the next year, both names will be used simultaneously in the interim.

Many medical experts are praising the decision, which has been under consideration since at least June. But some argue that it's an example of too little, too late and may reflect the WHO's tendency to move slowly on addressing global public health threats, especially from the communications side.

In 2015, the WHO published guidelines on naming diseases with the aim to minimize negative impacts.

After all, the mpox outbreak has all but ended at this point. The WHO estimates just shy of 82,000 people contracted mpox this year, which resulted in 60 deaths. Approximately 30,000 of those cases and 17 deaths have been in the United States. While another outbreak isn't out of the question, cases have dropped precipitously since their peak over the summer, and according to Politico, the Biden Administration has signaled that it will soon allow its public health emergency declaration for mpox to expire.

So why change the name now? It may seem trivial, but what we call viruses and diseases has broad implications. To begin with, monkeypox/mpox has never accurately described the origin or preferred host of the virus, which experts believe first arose in rodents, not primates. However, it was first noticed in monkeys used in lab experiments in 1958 and the name has stuck ever since.

No, COVID is not "airborne AIDS." But what it does to your immune system is still scary

Because the latest outbreak began in Africa, some have used the term "monkey" in an overtly racist manner. So the virus clearly needed a new name. But what took so long? And how did they settle on mpox?

"The name change is an important but insufficient measure at addressing the complex nature of the associated stigma and racial tropes."

In 2015, the WHO published guidelines on naming diseases with the aim to minimize negative impacts. Their best practices include short, descriptive terms that convey the pathogen's severity, seasonality and environment, among other qualities. It suggests avoiding geographic locations, people's names, specific classes of animal and terms that incite panic like "fatal." (The WHO did not respond to Salon's request for comment on the matter; but we will update this article if we hear back.)

"The name change is an important but insufficient measure at addressing the complex nature of the associated stigma and racial tropes," Dr. Kartik Cherabuddi, an associate professor of at the University of Florida Health, told Salon in an email. "Public health educational measures are required to stay scientifically accurate in the nature of spread of mpox and the risk factors associated with its spread while addressing the negative connotations. Otherwise, this disease and its management will become underground and without resources to help the population affected by it."

There's a long history of bumbling the names for infections. People still use the name "Spanish flu" to describe the 1918 influenza pandemic, which killed over 50 million people and likely was caused by the flu virus H1N1. However, most experts agree that the virus most likely originated in Kansas, not Spain.

Yet, even a century later, "Spanish flu" is common parlance. Trevor Hoppe, an assistant professor of sociology at the University of North Carolina at Greensboro, wrote in 2018 in the American Journal of Public Health that this inaccuracy "reflects a tendency in public health history to associate new infectious diseases with foreign nationals and foreign countries. Intentional or not, an effect of this naming convention is to communicate a causal relationship between foreign populations and the spread of infectious disease, potentially promoting irrational fear and stigma."

It took considerable time to name the virus that causes COVID as well. The WHO came up with COVID-19 as the name for the disease on February 11, 2020, but the virus itself was known as the clunky 2019-nCoV. That same day, however, the Coronavirus Study Group of the International Committee on Taxonomy of Viruses settled on SARS-CoV-2 in a preprint.

But the WHO initially resisted adopting SARS-CoV-2, with a spokesperson telling Science it could create "unintended consequences" for anyone who might confuse it with SARS-CoV-1, the virus that caused an outbreak in 2003. Instead, many people, including the former President Trump, adopted terms like "China virus" and "Wuhan flu," which likely contributed to a rise in Asian hate crimes.

"'Wuhan' or 'Chinese' flu, like I heard it from some people, is deeply racist terminology and it contributed to some of the anti-Asian violence," Dr. Juan Hincapie-Castillo, an assistant professor at the Department of Epidemiology at University of North Carolina at Chapel Hill, told Salon in an email. He described the WHO as being "too slow" with renaming mpox.

"In this case, hindsight is literally 2020 and they should have learned from the onset of COVID," Hincapie-Castillo said. "I understand that public health agencies like the WHO might be understaffed, especially when dealing with an epidemic that arises in the middle of an ongoing pandemic. I wish though that we were less reactive and more proactive in foreseeing issues with naming and terminology. This is not our first or last rodeo. Maybe they should consider creating a standing advisory committee whose sole purpose is to discuss terminology and convene its international members in a timely manner — Zoom works very well across different time zones!"

Nonetheless, this name change is largely seen as welcome by medical experts. And while the recent mpox pandemic may be fizzling out, there's no reason to believe it couldn't surge again in the future. After all, monkeypox was largely ignored by Western nations until it became a problem for them. History could repeat itself.

"It's not too late. It has not gone away and will return again," Dr. Georges Benjamin, the executive director of the American Public Health Association, told Salon in an email. "It's a small change and only time will tell if it makes a difference. Name change adoption is difficult to achieve, so we will see what it's effect will be over time."

"It would be good to adopt a more holistic nomenclature for naming diseases to avoid stigma," Benjamin added. "This would speed up the process of getting to an acceptable name from the beginning."