“The implications for Trump," said ex-U.S. Attorney Harry Litman, "go well beyond the penalty to the business" 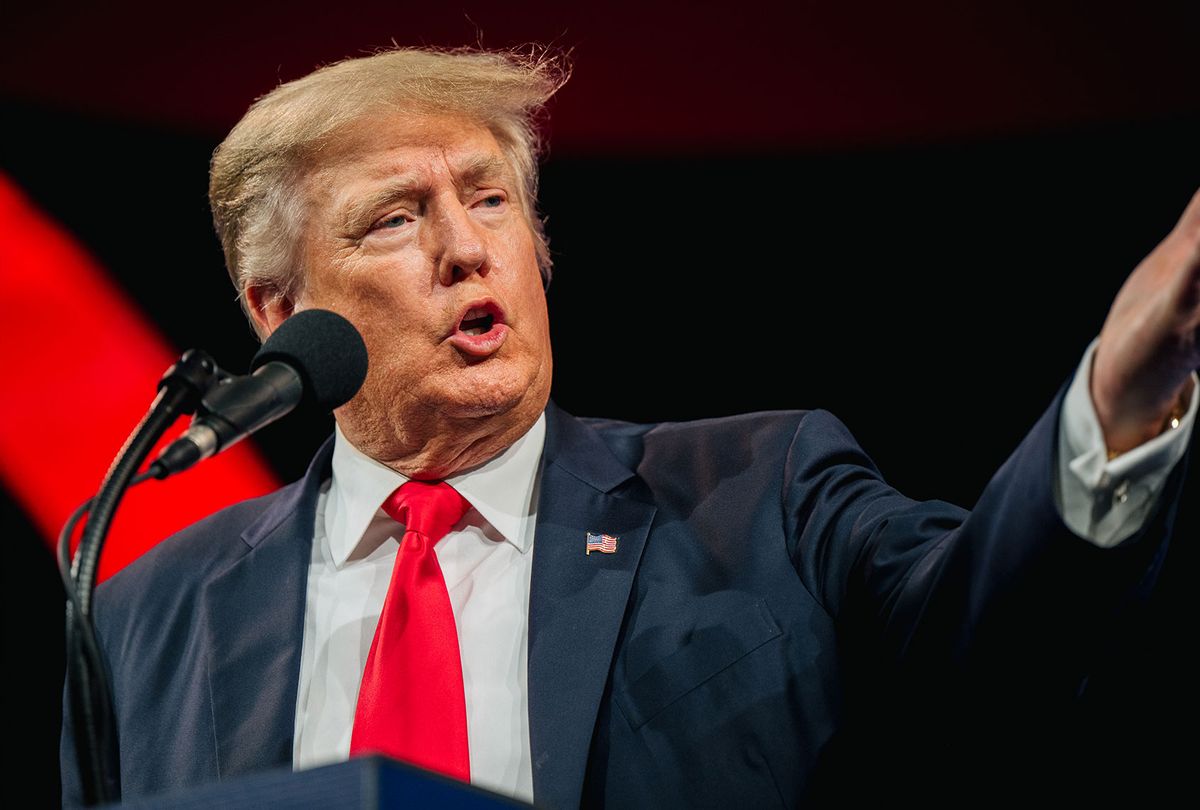 A jury found the Trump Organization guilty on all 17 counts of tax fraud in Manhattan District Attorney Alvin Bragg's investigation. Bragg previously secured a guilty plea from longtime Trump financial chief Allen Weisselberg, who testified in court about the company's off-the-books perks to executives, including luxury apartments, cars and private school tuition that they did not pay any taxes on. Weisselberg and other witnesses never implicated Trump but prosecutors said the case showed that Trump had been "explicitly sanctioning tax fraud."

The company faces penalties of up to $1.62 million, according to The New York Times.

The yearslong investigation, which started under former District Attorney Cy Vance, initially focused on a $130,000 payment longtime former Trump fixer Michael Cohen made to adult film star Stormy Daniels during the 2016 campaign but expanded to a larger probe of Trump's business practices. Bragg after taking office in January appeared to move the probe away from Trump himself, prompting prosecutors on the case to resign in protest, but recent reporting suggests that Bragg's office has a renewed interest in the payment to Daniels and is expected to continue the investigation into the former president.

"To me, this guilty verdict against the Trump Organization is not the end of, but just the beginning of juries holding the former president, his corporation and his inner circle accountable," Vance predicted to the Times.

"This likely spells the end of the Trump Org," predicted former federal prosecutor Glenn Kirschner, and "increases the odds of a NY prosecution of Trump himself, given that the prosecution argued evidence shows Trump 'explicitly' OK'd tax fraud."

It's unclear whether the Trump Organization will undergo any changes after the verdict, though it's unlikely that the company itself will shutter. Trump could shut down the Trump Corporation and the Trump Payroll Corp., the two subsidiaries implicated in the case, according to the Times, but the verdict is likely to scare off potential lenders and business partners and may make it more difficult to retain employees and expand the company.

But "the implications for Trump of today's convictions of the Trump Organization go well beyond the penalty to the business itself," argued former U.S. Attorney Harry Litman, adding that the verdict has to "embolden Bragg to go after Trump on the renewed investigation of the Stormy Daniels fraud."

Cohen, who has become a prominent Trump critic after being cast out of his inner circle, said Tuesday that he has spoken with Bragg's office more than a dozen times.

"I can tell you he (Trump) should be very uncomfortable," Cohen told MSNBC. "Alvin Bragg to have looking at this new attorney Matthew Colangelo, he really should be quite concerned."

Trump still faces a $250 million fraud lawsuit from New York Attorney General Letitia James, who accused him, his three eldest children, his companies and executives of 200 instances of fraud spanning a decade. The lawsuit seeks to ban the Trumps from doing business in New York among other penalties.

Former federal prosecutor Renato Mariotti predicted that Tuesday's conviction "will give even more leverage to New York Attorney General Tish James in her civil suit, which seeks extraordinary remedies that would cripple the company."

James said that she also referred potential federal violations found by her team to federal prosecutors in the Southern District of New York and the IRS. Jennifer Taub, a white-collar crime expert at Western New England University School of Law, predicted that the SDNY prosecutors could build an even "more significant case" from James' referral.