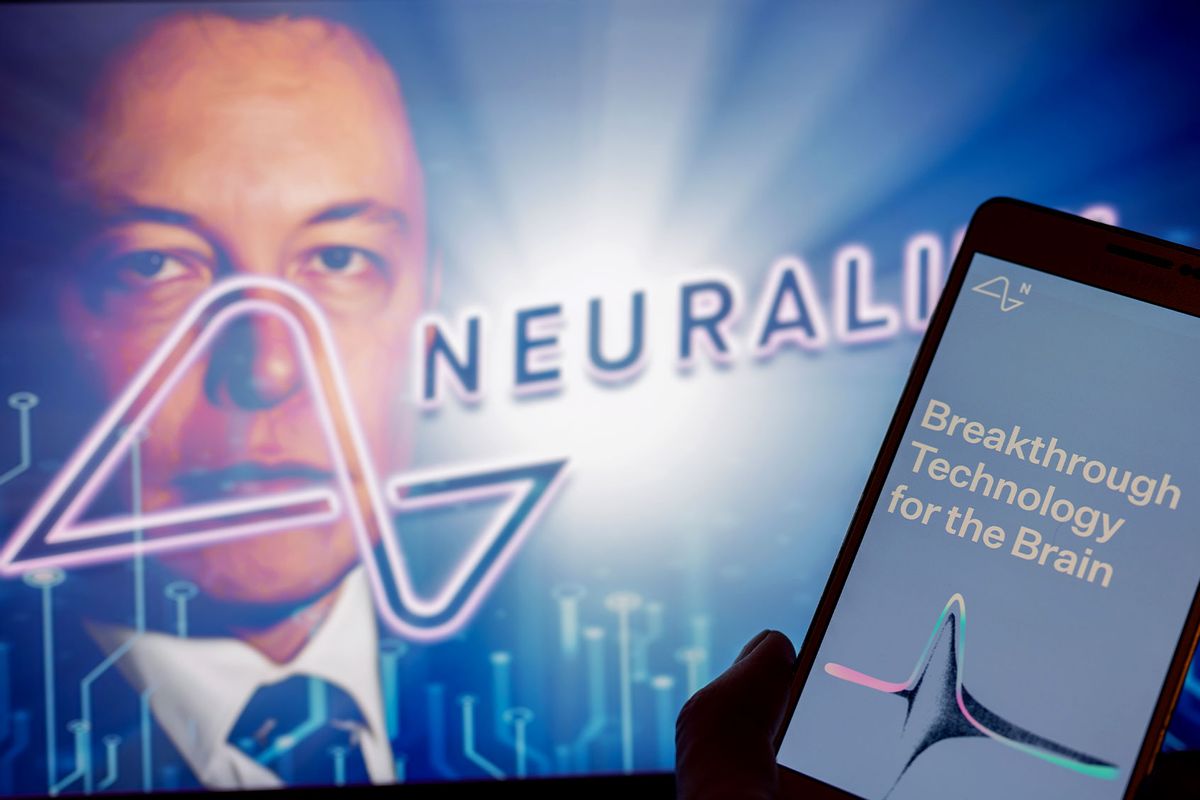 Neuralink logo is displayed on mobile with founder Elon Musk seen on screen in the background. (Photo Illustration by Jonathan Raa/NurPhoto via Getty Images)
--

Elon Musk can't stay out of the headlines. The Silicon Valley tycoon, already under fire for making a series of unpopular changes at Twitter after purchasing the company for a deal in which he admits he overpaid, is embroiled in a new controversy over Neuralink — a smaller company he founded with the express intent to develop implantable brain chips that can interact with computers. In the process of testing brain implants on animals, Neuralink has allegedly killed almost all of them. Now, Musk's medical device company is being investigated by the federal government for possible animal-welfare violations.

Musk's company is accused of violating the Animal Welfare Act.

Specifically, Musk's company is accused of violating the Animal Welfare Act, and is reportedly facing investigation from the United States Department of Agriculture. If an investigation occurs and Neuralink is found to have committed crimes, it would be a significant financial and logistical setback for the company that Musk founded in 2016.

In Elon Musk's chaotic Twitter reign, right-wing extremists and conspiracy theorists are back

According to the Reuters report that broke the story, Neuralink employees have complained about the company's supposedly irresponsible approach to animal testing. Neuralink promises to manufacture chips that can be surgically implanted into a person's brain, with its initial application being to assist individuals with disabilities. Apparently they have struggled to develop this kind of technology in an effective way, and the reported allegations against Neuralink involve the company rushing through animal testing in a way that causes unnecessary suffering and death.

Present and past Neuralink employees claim that Musk demands his employees take on unusually heavy workloads and rush through their research.

Reuters reports that the company has killed roughly 1,500 animals since 2018. Present and past Neuralink employees claim that Musk demands his employees take on unusually heavy workloads and rush through their research, causing needlessly high rates of animal deaths and injuries. Within the last several years, Neuralink has had four experiments that were marred by human errors which compromised the results of the research. Because those initial experiments involved killing 86 pigs and two monkeys, those animal deaths proved to have been in vain, and other animals needed to be killed to complete the research. Because the rushed experiments no longer had enough research value to stand on their own, they needed to be repeated, with more animals dying in the process.

It is also questionable whether these methods even yielded results; Musk is still unable to get FDA approval for human trials of his technology while competitor Synchron, which has only killed 80 sheep for its experiments, was granted human trial approval last year. Despite its many setbacks, Neuralink recently announced that it expected to be granted approval for human testing within 6 months.

"Obviously, we want to be extremely careful and certain that it will work well before putting a device in a human, but we have submitted, I think, most of our paperwork to the FDA," Musk said at a Neuralink "show and tell" event on Wednesday. He promised to have coin-sized implants that can go into a human brain within six months, and showed a video of a monkey seeming to telepathically type with his Neuralink technology. In response to accusations from the animal rights group Physicians Committee for Responsible Medicine that the company had botched surgeries in a way that killed monkeys, Musk responded that "before we would even think of putting a device in an animal, we do everything possible we with rigorous benchtop testing, We're not cavalier about putting these devices into animals. We're extremely careful and we always want the device, whenever we do the implant — whether into a sheep, pig or monkey — to be confirmatory, not exploratory."

The Neuralink investigation seems in line with Musk's behavior as a businessman. Musk has reportedly used psychologically abusive tactics on employees, such as asking them to imagine that they were working with bombs strapped to their heads or hinting that he may be shutting down production unless they move at a faster piece. Musk is also notoriously hostile to unions and workers' rights, engaging in union-busting behavior and refusing to protect his workers during the COVID-19 pandemic (even making a number of scientific misstatements about the pandemic to justify doing so.) These reports are consistent with other accounts of Musk's notoriously volatile leadership style.

Amy Lowenthal, Assistant Counsel to the Inspector General at the U.S. Department of Agriculture, told Salon by email that "USDA OIG neither confirms nor denies the existence of any such investigation. We have no comment."

Salon reached out to Neuralink for comment and has not received a reply at the time of this writing.