Out of nowhere, the Lensa AI Photo & Video Editor is now Apple's top free app. Here's why I think that's so 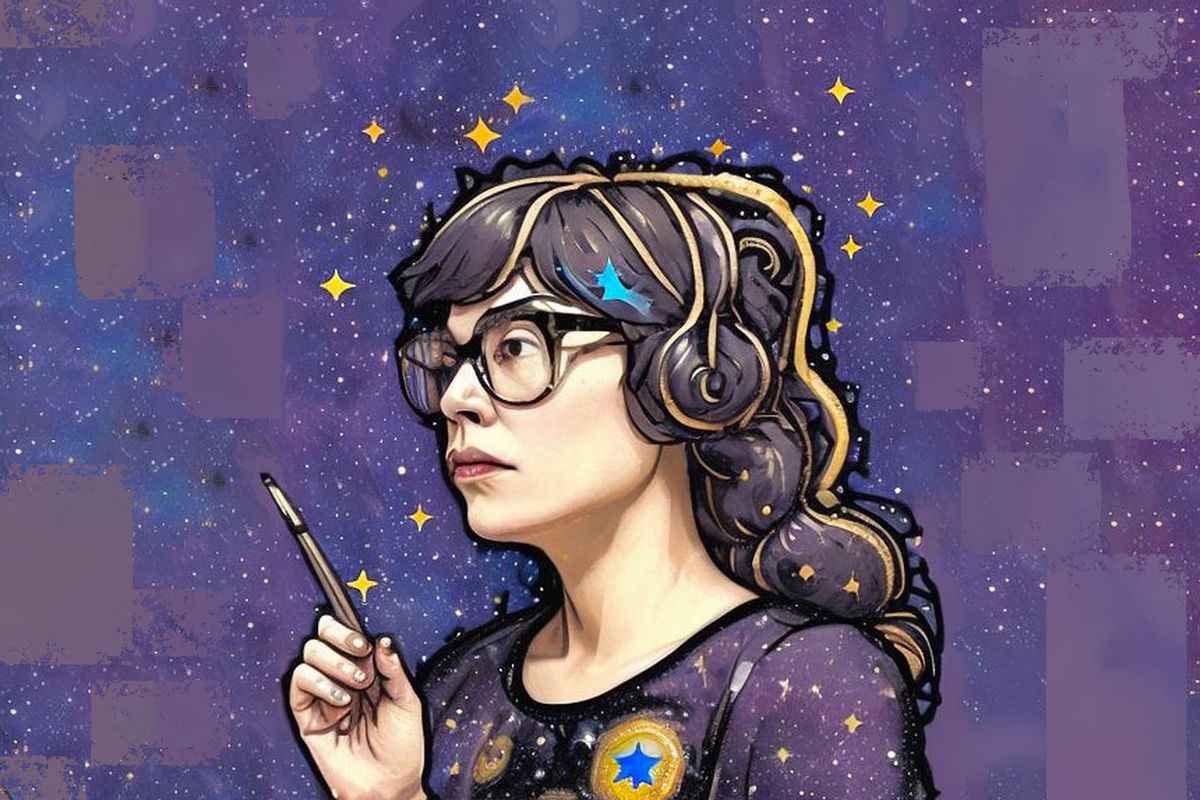 Over the past week or so, word began to spread that there was a free one-week trial of the Lensa AI: Photo & Video Editor app that would allow you to upload 10-20 selfies and have artificial intelligence spit out 50 avatars in under an hour. If, after reading that, you found yourself muttering, "what the hell is Lensa?" Don't even worry about it. Prior to Sunday I didn't know what it was either, but am I now in possession of 50 AI-created portraits of myself ranging in thematic expressions, from "oh wow," to "am I holding a wand?" Well, yes, I certainly am.

The Lensa AI: Photo & Video Editor app is made by a company called Prisma Labs out of Sunnyvale, California, and, after seemingly appearing out of nowhere, it is currently #1 in Apple's U.S. app store. The punchline is that the "free" trial wasn't exactly free. After uploading roughly 12 of my own selfies over the weekend, I received a prompt asking for $3.99 before I could receive my 50 avatars. Normally that would have me backing out and heading for what I'd been doing prior to accessing the app — watching dog videos on TikTok — but in this particular instance, they got me. After already arriving at the point where 50 AI portraits of myself seemed like something worth pursuing, paying $3.99 for the experience seemed no less reasonable.

You've seen them. You know what I'm talking about. Square, ultra-glossy images of someone in your feed — perhaps your old college buddy, or brother who lives in Staten Island — appearing to be floating in space with a backward hand and a "band t-shirt" with gibberish on it because AI doesn't know about Fleetwood Mac. But how are these portraits made exactly?

The New York Times breaks down the technology of Stable Diffusion, which they describe as using "image prompts (selfies) and text prompts (Lensa AI's categories) to generate high-quality images." So we know how. But what isn't explained in this report is the why of it all. Why are so many of us doing this? Why would we want 50 pictures of ourselves looking like a Björk costume change? I have a theory about that.

If I'm even slightly curious about seeing myself as a cartoon lesbian floating on the moon, or whatever the internet is encouraging me to try, I'm all in.

Now that I have reached what is undeniably the middle of my allotted average lifespan, I have reached a relatively easy-breezy mindset in which I am no longer particularly interested in seeming cool. I have full conversations about decorative seasonal towels. I go to bed at 9 p.m. I don't care anymore. I give up. So when trends like these AI-generated avatars pop up I no longer pause to ask, "Will this make me look dorky?" Nay. If I'm even slightly curious about seeing myself as a cartoon lesbian floating on the moon, or whatever the internet is encouraging me to try, I'm all in. The fear that I've likely just uploaded images of myself to Russian spies, sex pests, or a cabal of hackers doesn't hold me back at all. This ship's going down, might as well enjoy the ride.

My need to seem cool and casual has, over the years, been replaced with a growing interest in knowing myself to the best of my ability — and, in that knowing, coming to terms with how I present to the world physically.

As a woman occupying space within a relatively forward-facing industry such as journalism, having my looks commented on by strangers from the internet goes with the territory.

This used to not-so-secretly upset me to such a degree that one time, many years ago, when I asked a co-worker if she'd think I was cute if she didn't know me and just saw me walking down the street and her reply was "this is a trap," I took that to mean "you are the ugliest person I've ever seen in my life"  rather than the more logical "we're friends, so this is weird." I used to carry all this angst around with me and it used to wear me down. It's a smaller pain now, but I still credit such dwindling hangups for being the reason why I was drawn to this AI portrait app. Random Larry from the internet might think I have a pig nose, but what does artificial intelligence think? If I can't ask a friend or a stranger if I'm pretty and feel comfortable doing so, let's have a computer show me and just be done with it. Beauty as science. As math. Is about as blunt of a reply as one could hope for.

After receiving my avatars I was pleasantly surprised. They made me look young. They made my lips full in the way they used to be in my twenties. My hair appeared less frizzy and better styled. I found myself looking at these pictures and liking what I saw in a way I would be less likely to when looking at a real-life snapshot. My brief experience using this app left me with images of myself I wasn't ashamed to share alongside everyone else's.

In the eyes of a computer, we're all just dorks. But, hey, we look pretty cute.

about AI and us