Why did it take so long to adapt Octavia Butler?

The first Black woman to win the Nebula and Hugo awards, Butler loved a genre that took its time loving her back 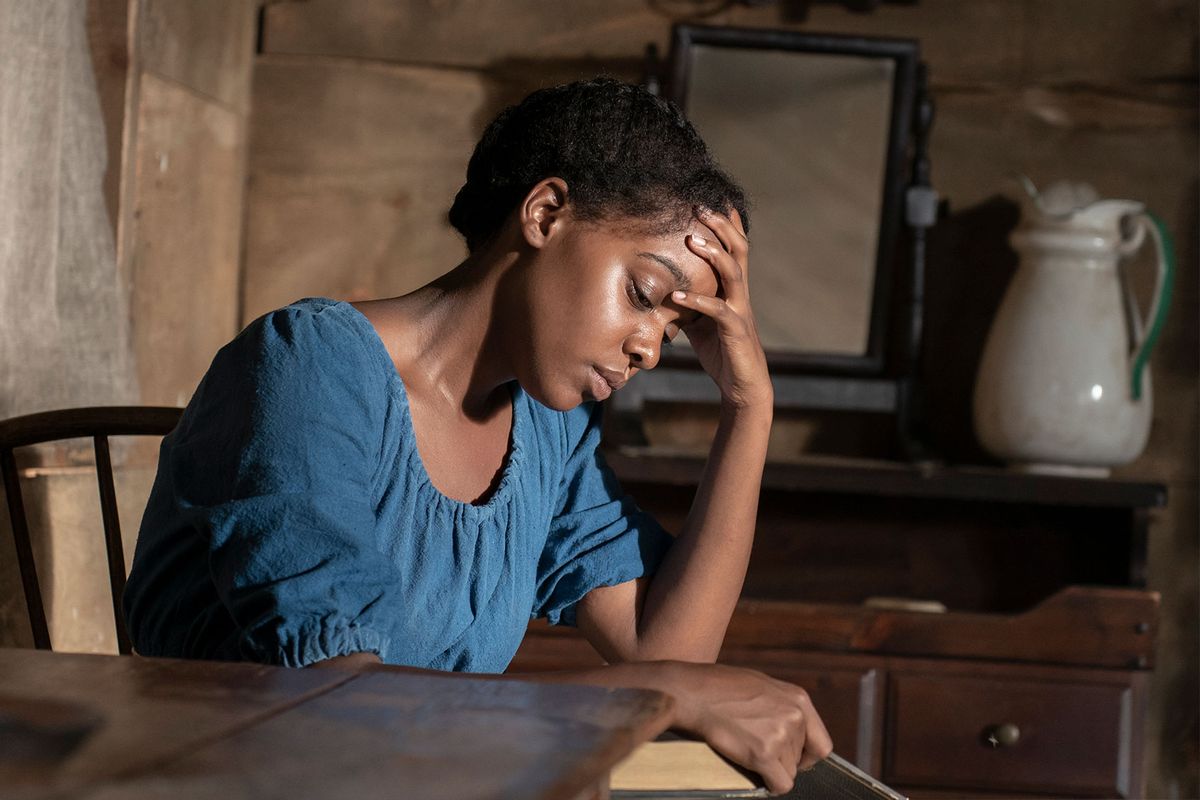 In a beautiful essay in Vulture, published earlier this year, E. Alex Jung writes that Octavia E. Butler "never told an aspiring writer they should give up, rather that they should learn, study, observe, and persist." Butler could have been speaking of her own life, a writerly existence of fairly early publishing success but a consistent struggle for financial security and the uphill battle of being a Black woman in a genre dominated by white men.

Butler is now considered a visionary if not the mother of Afrofuturism, which Ramtin Arablouei of NPR describes as "an open-ended genre combining science fiction, fantasy and history to imagine a liberated future through a Black lens." Butler was raised by her widowed mother, who worked for wealthy white women, and grandmother in Pasadena, California. She said the moment she decided to be a writer of science fiction was when she saw the 1954 B-movie "Devil Girl from Mars" as a 9-year-old. She loved comics, superheroes and sci-fi, loved a genre that took its time loving her back.

Her first novel "Patternmaster" was published in 1976. She would go on to publish a dozen, along with a collection of short stories. The first Black woman to win both the Nebula and Hugo awards, Butler was the first science fiction writer to be awarded a MacArthur genius grant. She was prolific until her death, at only 58.

Her 1979 novel "Kindred" has come to the screen in a new FX series by Branden Jacobs-Jenkins and it's aching and necessary — but the adaptation was a long time coming. What took the world so long to wake up to Butler? Time writes, "It is absolutely wild that it has taken nearly half a century" for Butler's work to make it to the screen. Wild, or exactly how America works?

Hulu honors Octavia Butler's "Kindred," yanking a Black woman out of time to grapple with history

"Kindred" is about a contemporary Black woman named Dana who starts traveling back in time to a 19th century Maryland plantation in an inexplicable way she has no control over, experiencing firsthand the violence of slavery. In the past, Dana becomes involved in the lives of enslaved Black people as well as the cruel white plantation owners and their children, yanked back and forth from her own life. The series updates Butler's novel with some changes, including placing Dana, an aspiring TV writer, in 2016 Los Angeles, which Salon's Melanie McFarland describes as "the year that Americans discovered on a grand scale just how much the United States detests women, and how many white women voted in agreement with that view." 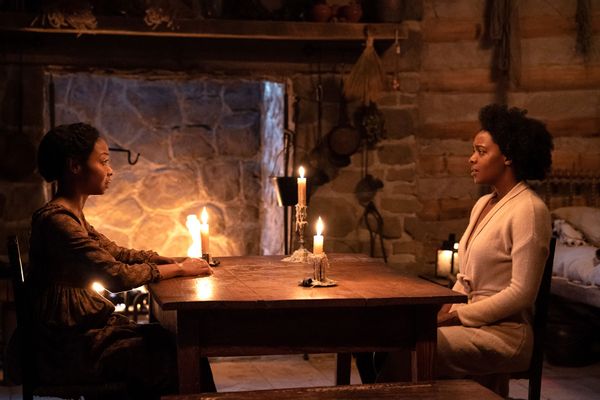 Sheria Irving as Olivia, Mallori Johnson as Dana in "Kindred" (Tina Rowden/FX)Butler wrote her novel in part thinking of her mother's experiences as a cleaner. In its obituary of the writer, The New York Times quoted Butler speaking about "Kindred" to Publishers Weekly, "I didn't like seeing her go through back doors . . . If my mother hadn't put up with all those humiliations, I wouldn't have eaten very well or lived very comfortably. So I wanted to write a novel that would make others feel the history: the pain and fear that Black people have had to live through in order to endure."

"We both played at not knowing why she was behaving that way."

Butler had published her first few novels without meeting her editor, Sharon Jarvis at Doubleday. When the two finally met face to face at a conference, as Jung writes, "Jarvis was surprised to learn Butler was Black. 'I went up to her at a science-fiction convention and introduced myself and she opened her mouth, stepped back, and stared,' Butler said. 'Then we both played at not knowing why she was behaving that way.'" 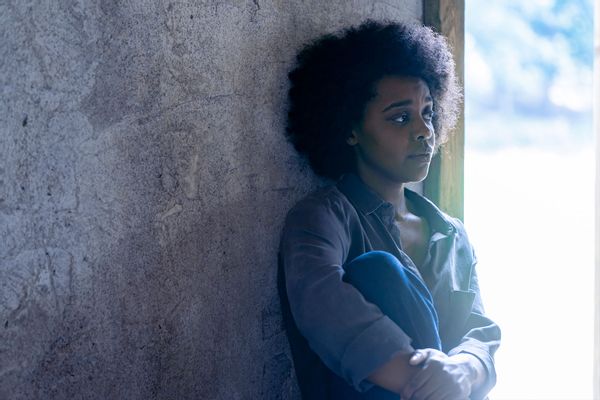 Mallori Johnson as Dana in "Kindred" (Tina Rowden/FX)Asked by Terry Gross in a "Fresh Air" interview from 1993, "As a woman and as an African American, are there things that bothered you about the science fiction books that you read when you were first starting to read them?" Butler answered, "Yes, I wasn't in them." At the beginning of her career, which she had launched without an agent, "nobody knew who I was and nobody knew I was Black. And no – apparently, there wasn't any worrying. I didn't have any difficulty selling my first three novels. When I wrote 'Kindred,' which is unmistakably of special interest to Black people, I had a lot of trouble. All of a sudden, 15 publishers couldn't find a place for it. They didn't know how to sell it."

In 1980, she had published an essay describing her first year of college in 1965 when she "sat in a creative writing class and listened as my teacher, an elderly man, told another student not to use Black characters in his stories unless those characters' Blackness was somehow essential to the plots. The presence of Blacks, my teacher felt, changed the focus of a story, drew attention from the intended subject." Those same sentiments were echoed, she wrote, 14 years later when she heard a writer at a sci-fi convention lecture "that in stories that seem to require Black characters to make some racial point, it might be possible to substitute extraterrestrials — so as not to dwell on matters of race."

"Well, let's do a little dwelling," Butler wrote next.

"Oprah Daily describes 'years of meh and rejection' every time he brought up 'Kindred.'"

Is it so shocking that it's taken this long to bring Butler's work to the screen when 2022 saw a slew of canceled shows with Black leads, like "black-ish," "Queens," "Our Kind of People," "Naomi" and "Batwoman." Low ratings were blamed for most of these cancellations. Other shows that feature actors of color stepping into iconic roles or fictions, particularly sci-fi or superhero ones, have been greeted with hate and trolling. As far as behind the scenes goes, the Writers Guild of America in their 2021 Screen Inclusion Report found a 3% increase of screenwriters of color, but this was only a nominal boost; 77% of working screenwriters are still white.

In an interview with Oprah Daily, playwright and producer Jacobs-Jenkins talked about his struggle to bring "Kindred" to the screen, which took "about a decade." Oprah Daily describes "years of meh and rejection" every time he brought up "Kindred." The project took four years in development. Other Butler adaptions are suddenly in the works elsewhere, including an HBO pilot of Butler's final novel "Fledging," Prime Video adaptations of "Wild Seed" and "Dawn" and a feature film of "Parable of the Sower" by A24.

"Parable of the Sower" is Butler's most famous work — and the one that finally landed her on The New York Times bestseller list, a lifetime dream that was not achieved until 2020, years after her death. It was a dream not realized until the literary gatekeepers in America knew for certain, thanks to the pandemic and rapidly escalating climate change, that the global apocalypse detailed in Butler's pages could and was coming true.

Most science fiction comes true if you live long enough. But not all writers face the same poverty, racism and exclusion that Butler lived with, nor do they write with such clarity and vision. In "Parable of the Sower," a young girl has the power to change things. In "Kindred," a young woman changes lives — and saves her own. "Parable of the Sower" is set in 2024, which isn't so far away now. In late 2022, might we approach being ready to listen and believe?