Hulu honors Octavia Butler's "Kindred," yanking a Black woman out of time to grapple with history 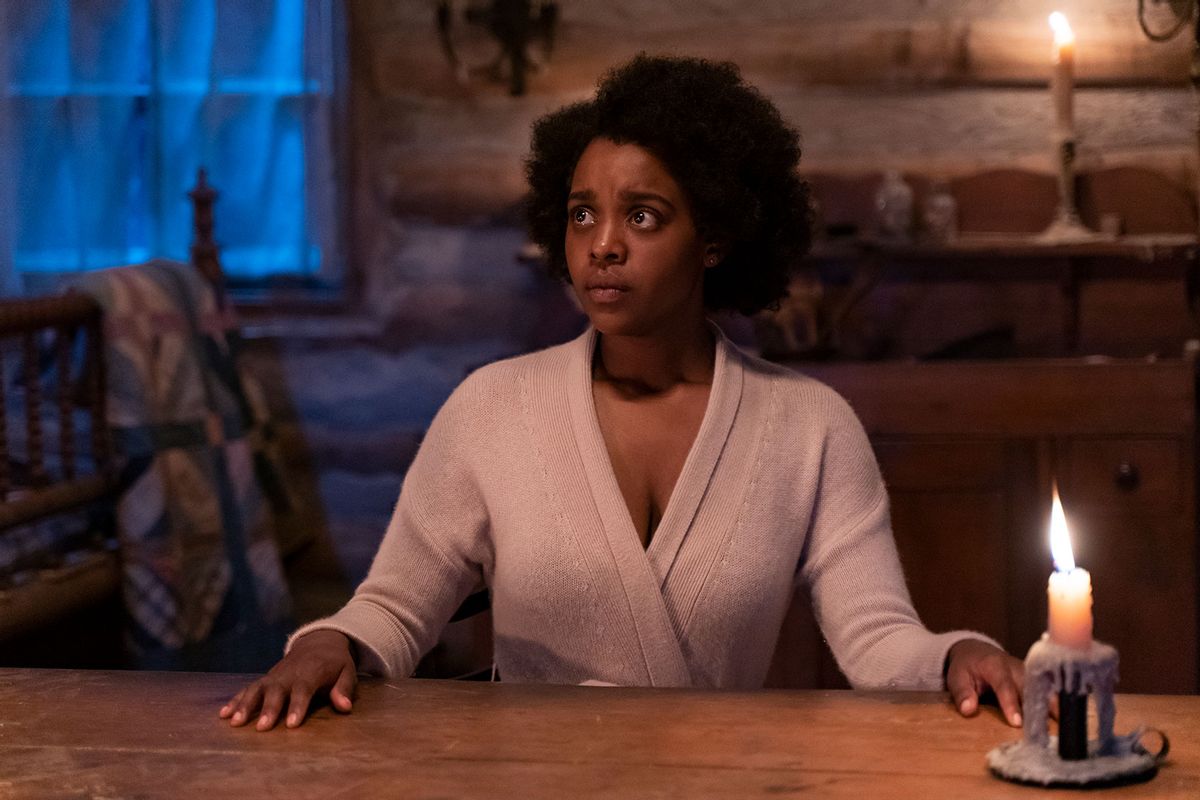 Octavia Butler created "Kindred" as a response to one of the prevailing notions in the 1970s Black Power movement regarding previous generations' seemingly quiet forbearance under slavery and Jim Crow. To some who engaged with this school of thought, domestic work was looked down upon, similar to how enslaved cooks and housekeepers were viewed in hindsight as lesser than those forced into hard labor.

Butler's "Kindred" heroine Dana is a corrective to this – a resilient young Black woman who has settled in Los Angeles and for reasons she can't understand finds herself careening backward in time to a 19th century Maryland plantation for unpredictable periods before leaping back to her present.

When she isn't trying her best to avoid the violent abuse of the plantation's owner Tom Weylin, she gets to know the web of relationships that form the community of enslaved Black people working the plantation's land and tending the needs of Tom and his cruel wife Margaret. 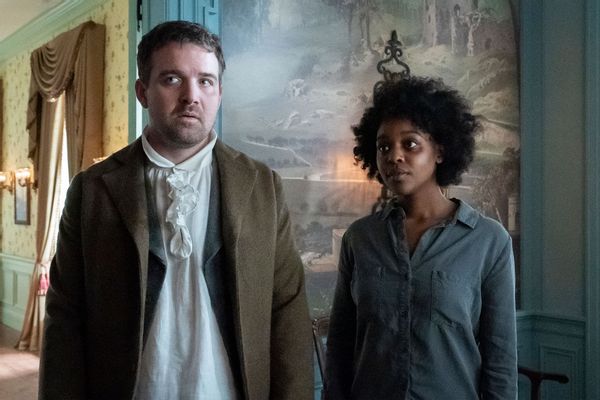 There is the cook whose appeasement is a strategy to keep her daughter at her side.  There is the man who works for a time as Weylin's overseer, and the woman who is sexually abused for his pleasure. And there is the boy to whom Dana, a writer, teaches reading and writing, knowing those skills will eventually secure another level of freedom for him and those to whom he passes that knowledge.

Butler wanted to depict how difficult it would be for Black people raised in the 20th and 21st centuries to survive chattel slavery.  In doing she also reclaimed a lost sense of honor for the women who ensured the survival of the people around them and made it possible for future generations to thrive. 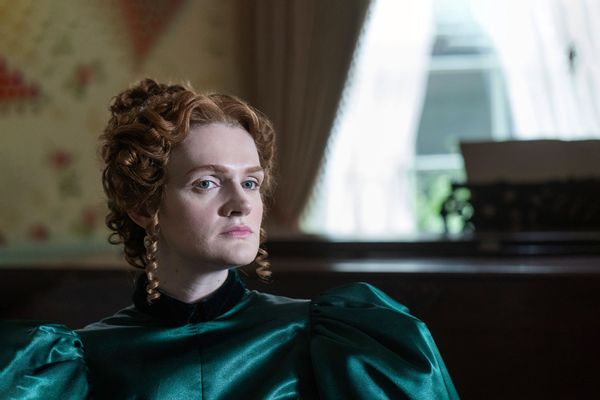 The second theme influences the direction award-winning playwright Branden Jacobs-Jenkins takes in his eight-episode television adaptation, emphasized in the creative additions he makes to Butler's 1979 classic. That starts with the era: instead of placing Mallori Johnson's Dana James in the 1970s, or even in 2022, her present day is 2016 – the year that Americans discovered on a grand scale just how much the United States detests women, and how many white women voted in agreement with that view.

The topmost challenge "Kindred" contends with is to incorporate its genre plot within a history that is so easily transformed into spectacles of Black pain.

Dana's family isn't her fan, either. When she surprises her aunt Denise (Eisa Davis) and uncle Alan (Charles Parnell) by informing them she's sold the family brownstone in New York and moved to Los Angeles to begin a career in screenwriting, they're far from celebratory. On the contrary, they fear Dana's rash decision is evidence of the same psychological instability that plagued Dana's deceased mother Olivia (Sheria Irving).

But Dana is determined to press on with her plans until one day when she's standing in her home and suddenly finds herself in a long past, running into a woman who recognizes her. At first, she believes it's a dream…until the man she's just begun to date, Kevin (Micah Stock), is present to witness an episode.

Each time Dana travels back in time coincides with a moment a young boy named Rufus Weylin (David Alexander Kaplan) is somehow in mortal danger. And she soon realizes that the bond she shares with Rufus is vital to her family's history, making his safety and that of another long-gone relative her priority.

The topmost challenge "Kindred" contends with is to incorporate its genre plot within a history that is difficult to witness and so easily transformed into spectacles of Black pain. Several recent TV dramas that revolve around a similar setting achieved this in various ways, mainly by rooting the audience's perspective within that of the story's most determined figures. Shows such as "The Underground Railroad" don't shy away from the savagery but, in large part, what occurs onscreen highlights the tragedy these people endured instead of retraumatizing their descendants. 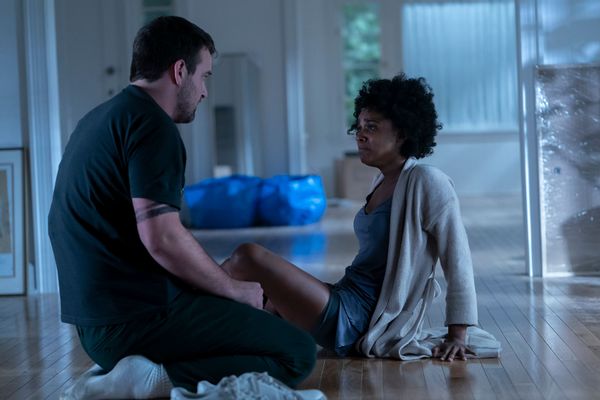 In this regard, the writers and directors strike a balance between showing precisely what's needed to convey the tortures dangling overhead for all the Black characters, not just Dana. These scripts traffic in tension more than physical violence and keep the epithets to a minimum.  When the n-word is used, the script gives it the weight and stink of brimstone, such as when a petulant, ringlet-coifed girl tests her limited power by assaulting Dana with it to see what she can get away with.

More dangerous, and complex, is Dana's strained relationship with Sarah (Sophina Brown), the head of the cookhouse who resents newcomers' attempts to help the community by, in part, assisting the Weylin family, in the unreasonable hope that their utility may one day be repaid by charity toward the people they exploit.

Butler's novel structure likely defied simple adaptation until recent years when the whole "in media res" gambit became fashionable. But Jacobs-Jenkins' additional creative tweaks further modernize the message of "Kindred" in obvious ways and others that keen viewers may appreciate.

In all, "Kindred" is a reasonable, economic realization of Butler's classic story.

The showrunner foregrounds 21st-century white woman privilege in a way that Butler would have appreciated, drawing a solid link between the abominable behavior exercised by Rufus' mother Margaret Weylin (Gayle Rankin) to the reflexive suspicion one of Dana's new neighbors (Brooke Bloom) displays upon first meeting her. (She hears Dana's screams upon returning to the present – which happens in the middle of being assaulted by a repugnant overseer – and immediately blames Dana for making too much noise in their quiet neighborhood.) 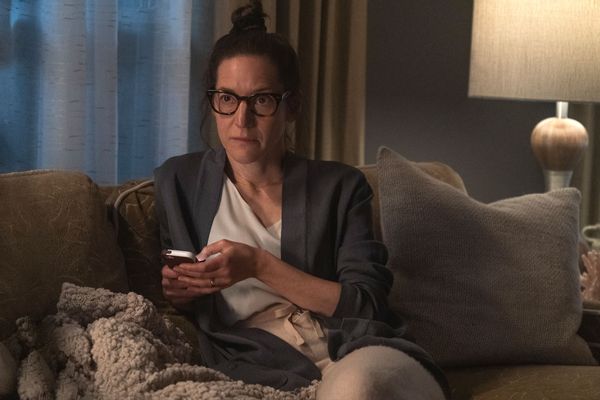 Such parallels may be a bit too obvious to believably play for some people, along with Jacobs-Jenkins' choices to make Kevin a man who Dana is beginning to date instead of her husband, as he was in Butler's novel, and featuring him in Dana's adventures more prominently.

But Stock looks the part of the soft-edged white progressive, especially next to Ryan Kwanten's violent, drunken plantation owner Thomas Weylin. Where Butler aimed to prove to her readers that a Black woman growing up in the post-Civil Right Era United States would struggle to survive the horrors of slavery, Jacobs-Jenkins' adds to that argument by positing a white guy circa 2016 wouldn't fare so well back then, either. 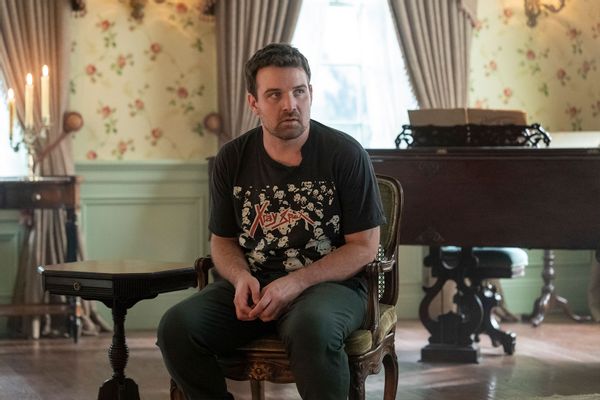 This script makes Kevin a musician instead of a writer, leading Weylin and his peers to constantly question his masculinity atop their distrust of his care for Dana's safety. But this also gives the production a reason to have piano adaptations of modern songs such as Tears For Fears' "Head Over Heels" playing in the background of a slavery-era party scene, which both adds some levity to a dark situation and augments the surreal nature of Dana's predicament.

In all, "Kindred" is a reasonable, economic realization of Butler's classic story grounded by Johnson's naturalistic and potent performance, one whose strengths compensate for the strange lack of chemistry with Stock – who does a fine job, don't get us wrong. But his is a performance that serves a theme better than his character fits with Johnson's lead portrayal. They work well enough to keep the audience invested in their unexpected journey, even at its most harrowing, as well as buying our interest in the possibility of continuing beyond eight episodes. The season's close doesn't end Dana's undaunted grappling with history, but at least she's making an attempt to do so, which is more than can be said of most people.

All eight episodes of "Kindred" stream on FX on Hulu on Tuesday, Dec.13.