"The Underground Railroad" is a relentlessly tough, yet gorgeously rendered television masterpiece 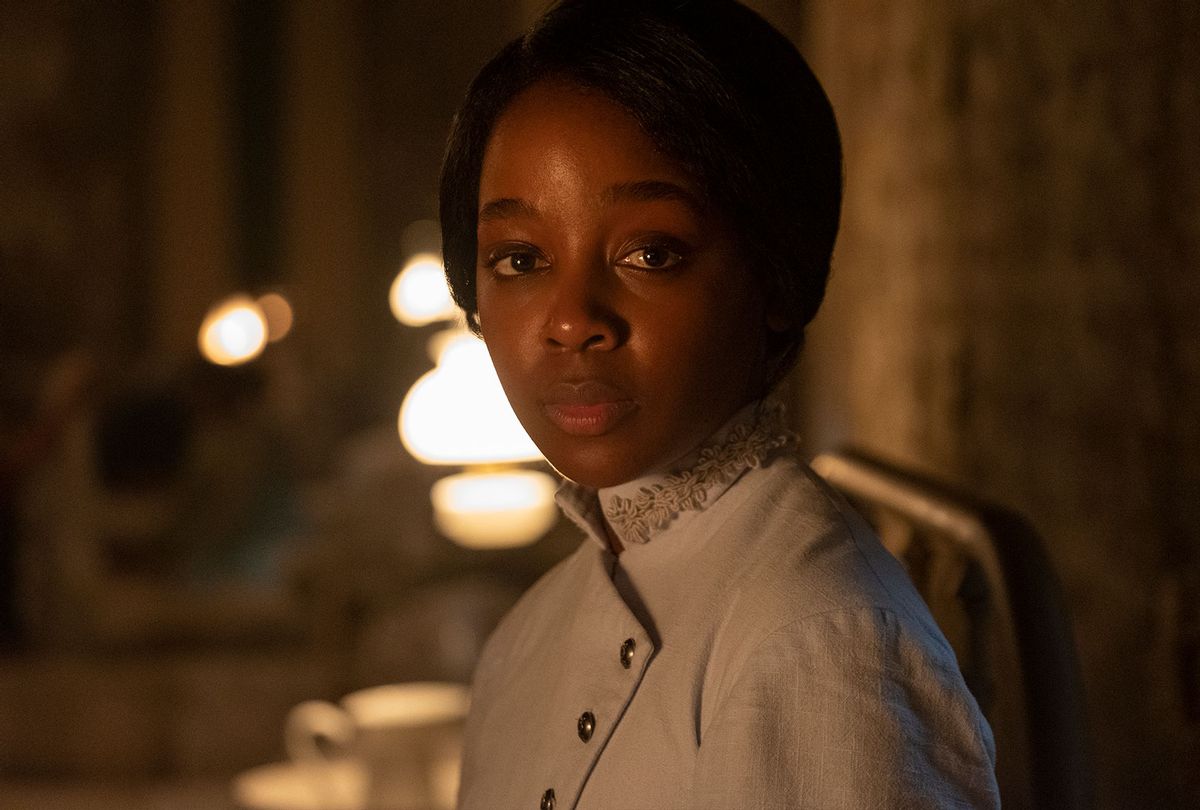 With "The Underground Railroad" Barry Jenkins transforms Colson Whitehead's Pulitzer Prize-winning novel into a robust dialogue understood through multiple senses. The script is already potent before Jenkins layers in soundscapes: insects symphonies chittering and chirping in the fields suddenly falling silent, rumbling wheels on tracks in the dark, the cadent clang of a hammer on an anvil.

Now layer in the visuals, which is where the "Moonlight" director exerts absolute mastery. Employing the language of color and tone, light and darkness, he and cinematographer James Laxton can tell a million different stories with sunlight alone. Golden late afternoon rays wrap the beleaguered in relief while that same yellow, captured only a bit earlier in the day, runs hotter to amplify the misery of toiling in cotton fields.

The filmmaker does the same with shadow: the dark might hold questions or horrors. Sometimes it registers as blanket or shield. In one chilling scene meant to recall the crucifixion of Spartacus' army on Rome's Appian Way, the night obscures bodies hanging from trees.

Being aware of the intense experiential nature of this limited series is crucial because it's a work that seeps in and stays with you. You'll be grateful for its permanence, at least relative to other shows, because it's the most worthwhile 10 episodes of TV given to us in a long while.

"The Underground Railroad" is also strenuous, brutal viewing not to be undertaken casually. Whitehead's novel gives us a version of America where the Underground Railroad is real as a fire and brimstone forest, seamlessly merging elements of classic myth with history. In its heroine Cora Randall (Thuso Mbedu) we get a blend of Odysseus – with Orpheus, maybe, since he's the one who descended to the underworld and escaped again – and Harriet Jacobs, whose autobiography "Incidents in the Life of a Slave Girl" is a defining historical text.

Jenkins' scene setting translates the railroad into a sort of purgatorial tunnel leading to many versions of hell and few rest stops. Watching Cora traveling through it makes the danger lurking at each stop palpable. Frightening and uncertain as these places may be, they're better than the Georgia plantation she flees with Caesar (hauntingly portrayed by Aaron Pierre) after an excessively bone-chilling torture act hardens their resolve to run.

Long before that, though, a sadistic slavecatcher named Ridgeway (Joel Edgerton) sets his eye on Cora, and once she disappears recapturing her becomes his chief mission. Ridgeway's vindictiveness is personal; Cora's mother Mabel, who escaped years before, is the runaway he never caught. Mabel is a legend, but that glory marks Cora for life.

With Ridgeway a breath behind her Cora tumbles through an antebellum South that can be dreamlike and deceptive, where bucolic settings hide traps. A community South Carolina provides respite for a time, and its white leaders teach freed Black people how to read and learn a trade. They also employ her and others in museum displays reminiscent of P.T. Barnum's racist sideshows, preaching lies about Africa and Black people to gawking white children.

North Carolina has outlawed Blackness entirely. In Indiana Cora finds a community of free Black folks working the land to make and sell wine. She isn't entirely welcome there either, but has the support of a patient, kind freeborn man named Royal (William Jackson Harper, turning in an achingly sensitive performance).

Jenkins conveys the mythic nature of Cora's journey through broad sweeps of the lens and in tight shots on faces to augment the humanity that is the soul of this piece, sowing pauses throughout "The Underground Railroad" that contain deeper meaning. Quiet wide shots of natural vistas or ramshackle quarters take on a dread, sometimes for reasons that aren't immediately apparent. But they artfully embed themselves in our memory and pay off later on.

Exceeding this in power are the asides throughout the series when Jenkins steps away from the main plot to revisit people Cora left or left her through a long gaze. He places the actors in fields, standing and gazing into the camera unsmiling as it pans across, urging us us take in their number and strength. There's a melancholy to these digressions, surpassed by the vast respect for legacy and ancestry Jenkins honors this way.

There are and will be people writing off "The Underground Railroad" despite all its critical praise, accusing it of selling Black pain as entertainment. I'm not one to begrudge that view considering where this country stands. Black pain circulates on video in a plentiful supply, with new episodes arriving nearly every day. A lot of us had our fill, and the truth is Jenkins does not shy away from traumatic imagery.

The premiere is a slow escalation from a grown white man beating children to a denigrating scene showing him forcing two people to have sex while he watches. This climaxes to a smoldering evil made more sinister by white men picnicking with guests and waltzing to a Black man's agonized wails as he's subjected to unimaginable anguish.

But there is a difference between Black trauma cheaply paraded for thrills and the kind portrayed as a basis upon which a people builds their resilience. Jenkins takes extreme care with his characters, even those moving in the background, and affords all of them the dignity they are due.

Black people are hunted, tortured and slaughtered – Cora is herself the survivor of multiple terrors – but the camera doesn't leer on torn flesh or blood, largely choosing subtlety over explicit showings of physical or psychic injury. Most of the worst crimes happen out of frame, and it's enough to hear the sound of them.

Outweighing these jagged shards is the bounty of community and intimacy Jenkins builds into his focus. "The Underground Railroad" begins, in fact, with musical celebration, a great light before darkness falls upon these people about whom we care proufoundly.

Cora's treacherous passage isn't meant to be easy viewing, and Mbedu brings her alive through an array of tempers, first among them anger – at her mother for leaving her, at her captors' casual evil and at Ridgeway, for reminding Cora of her chains even when she's free of them. In these moments Mbedu weights the corners of her frown with a heartbreaking pull.

That scowl is its own entity and merits a guest star credit, because when she can banish it, Cora's joy is downright transporting. Mbedu and Jenkins make every morsel of happiness she seizes into a meaty portion. This is one of the many ways by which the director depicts Black joy as a constant, and frequently interrupted, but always waiting to break through some fissure. When it manages to do so, its beauty is staggering.

Set against this, Edgerton transforms Ridgeway into a kind of Old Testament demon in a meat suit, bellowing poisonous ash everywhere and commanding the sickening loyalty of the dapperly dressed Black boy who follows him, Homer (Chase W. Dillion). An episode that expands Ridgeway's background does nothing to absolve him, but no one's evil is excused or explained here, merely presented as a link in a toxic, supremacist system of chains only a shade removed from verifiable history and truth of America.

Amazon's choice to release the entire series at once is puzzling. A lot of people will binge the entire series in a sitting or two, which is doable. Although most installments are about an hour long,the slightest, timewise, registers at under 20 minutes. The swelling crescendo of the penultimate episode clocks in at an hour and 18 minutes.

Sprinting through it all takes away from appreciating the delicacy of the show's travels away from the main narrative. Even if you don't pick up the small literary details in that shorter episode, it's a solace from the madness contradicting the ferocity and meanness of Cora's trials. Some installments' pacing that might otherwise register as meditative verge on plodding when set directly against the breathless action dominating what comes before and after them.

"The Underground Railroad" is a massive accomplishment and a weighty one, and not to be rushed. Even if you absorb it all at once, parsing its pathways and traveling with it for time seems inevitable, and I suspect we'll be talking about this for a while.

"The Underground Railroad" streams on Amazon starting Friday, May 14.