Antonie Philips van Leeuwenhoek, the father of microbiology, was horrified by how sperm looked under the microscope 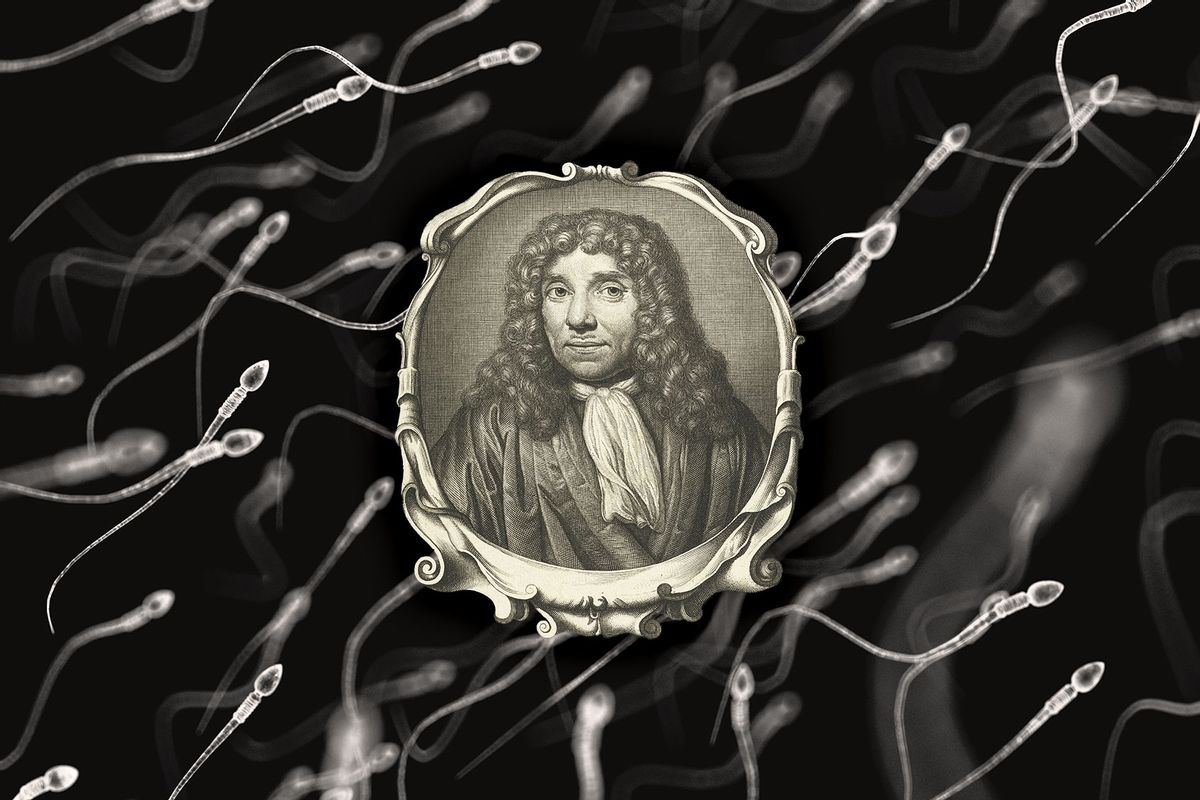 Human civilization had a good understanding of how sex and reproduction worked long before the microscope was invented. But it wasn't until the 17th century that anyone knew what sperm actually were, or were aware of their strange appearance. And when sperm finally were formally discovered, by Antonie Philips van Leeuwenhoek, the father of microbiology, he was so uncomfortable he wished he could unsee what he'd just observed.

When Royal Society Secretary Henry Oldenburg asked Leeuwenhoek to look at semen, the Dutch draper initially did not reply "because he felt it was 'unseemly.'"

Despite living in the Dutch Republic during the 17th century, Leeuwenhoek's story could be mistaken for embodying the American Dream. He was never formally trained as a scientist, but he had a strong work ethic and a powerful mind. Armed with those tools, Leeuwenhoek made discoveries that transformed how human beings view the world. By the end of his life, he was a prosperous pillar of his community and regarded throughout the West as an intellectual giant. He owed all of this to one thing: His cutting edge microscopes and their ability to study "animalcules," as bacteria were then called. His microscopes indisputably proved to humanity that it shared this planet with countless single-celled organisms.

Yet when Leeuwenhoek discovered sperm, he anticipated that the world would be disgusted.

The 6 most bizarre types of sperm found in nature

Born in 1632 to a bourgeois family in the small town of Delft (where he would ultimately spend most of his life), Leeuwenhoek made his living as a draper, selling cloth to merchants who would use it to make clothing. While pursuing his vocation, Leeuwenhoek became frustrated with the existing lenses and how they were not powerful enough to see threads in detail. To fix this, Leeuwenhoek designed his own strong lenses. In 1673, Leeuwenhoek used his new single-lens microscopes to discover bacteria and perform scientific experiments, the first time that a scientist ever knowingly interacted with the microbiological world.

While Leeuwenhoek never wrote any books, he detailed his findings in letters published by a scientific journal known as the Philosophical Transactions of the Royal Society. For several years, educated Europeans marveled at the discoveries of a man who used his microscope to analyze bee stingers, human lice, lake microbes and other relatively uncontroversial organisms.

Yet throughout this time, Leeuwenhoek would periodically be urged to examine semen. He was reluctant and stated that this was due to his religious beliefs, but in 1677 he finally relented to the pressure. His reaction can be best understood by what he wrote to the Royal Society about what he saw:

"If your Lordship should consider that these observations may disgust or scandalise the learned, I earnestly beg your Lordship to regard them as private and to publish or destroy them as your Lordship sees fit."

"Without being snotty, Leeuwenhoek (the 'van' is an affectation he adopted later on) was not trained as an experimental thinker," explained Matthew Cobb, a British zoologist and author of the book "Generation: The Seventeeth Century Scientists Who Unraveled the Secrets of Sex, Life and Growth." Cobb recalled by email that when Royal Society Secretary Henry Oldenburg asked Leeuwenhoek to look at semen, the Dutch draper initially did not reply "because he felt it was 'unseemly.'" Even though he eventually overcame his reservations, Leeuwenhoek added so many caveats to his semen research that it is clear he remained somewhat uncomfortable.

A few months later, he wrote the aforementioned letter saying that he would not at all mind if his discovery was suppressed.

"He reassured the Royal Society that he had not obtained the sample by any 'sinful contrivance' but by 'the excess which Nature provided me in my conjugal relations,'" Cobb explained. "He wrote that a mere 'six heartbeats' after ejaculation, he found 'a vast number of living animalcules." A few months later, he wrote the aforementioned letter saying that he would not at all mind if his discovery was suppressed. After all, in addition to being grossed out, Leeuwenhoek was not under the impression that he had found anything special.

"He was initially not particularly interested in the 'animalcules' as he called them — he assumed they were just another form of life, just like the stuff he saw in water, or from between his teeth," Cobb pointed out. "Then he got interested in some odd fibrous structures that he could see, and considered that they were of some interest."

The "odd fibrous structures" were, of course, the sperm tails. While Leeuwenhoek could never have imagined this at the time, the cells that he had spotted are unlike anything else in the human body. As Syracuse University biologist Scott Pitnick has pointed out, sperm cells are the only human cells designed to perform functions outside of the actual body. They must undergo radical physical changes as they undertake their journey from the testes through the complex female reproductive tract. Even today, scientists "understand almost nothing about sperm function, what sperm do" Pitnick told Smithsonian Magazine.

This context is crucial in understanding why Leeuwenhoek initially assumed sperm were nothing special. In the early 21st century, it is common knowledge that humans are created when a sperm fertilizes an egg, but in the 17th century such a concept was difficult to imagine.

"He did not conclude that the animalcules were involved in producing babies," Cobb wrote to Salon, adding that the term "spermatozoa" was not even coined until the 1820s, and by a man who classified them as part of a group of parasitic worms. Yet despite (or perhaps because of) the lack of clarity on what these "animalcules" even were, Leeuwenhoek's supporters at the Royal Society wanted him to continue studying them. As it turned out, at least some of Leeuwenhoek's acquaintances in Delft shared his bashfulness about male bodily fluids.

"If your Lordship should consider that these observations may disgust or scandalise the learned, I earnestly beg your Lordship to regard them as private and to publish or destroy them as your Lordship sees fit."

"A medical student acquaintance, Ham, said that his 'friend' had lain with an 'unclean woman' and had a discharge," Cobb wrote to Salon. "Ham looked at the discharge from his 'friend' and saw animalcules in it (the modern consensus is that the 'friend' had gonorrhea, in which dead spermatozoa can appear in the discharge). He was not looking for the secret of life, or trying to understand the role of semen, and his discovery did not lead to any breakthrough in this respect. That lay about 170 years in the future!"

By contrast, sperm would remain mostly a mystery in Leeuwenhoek's own lifetime. After telling Leeuwenhoek to make more observations, the Royal Society finally published his paper in Latin in 1679. It included illustrations of the "animalcules" from not only human semen but also the semen of dogs, horses and rabbits.

"The Royal Society was not particularly impressed — it didn't discuss the issue until July 1679," Cobb told Salon. "Other thinkers were sharper and suggested that this might shed light on 'generation' — where babies come from. But it wasn't clear to anyone what it actually proved."

For his part, "Leeuwenhoek eventually decided that these animalcules were the sole source of life, with eggs either being non-existent (mammals) or sources of food (birds, frogs, etc.) but he had no proof, and his view was very much a minority one for the next two centuries."

At the same time, Leeuwenhoek mostly continued with his careers as a draper and a world-renowned expert on developing microscopes. Because he did not fully understand what he had seen, the world would view his discovery as little more than a gross piece of trivia for a few more centuries.

"He was not particularly interested in the problem of generation," Cobb told Salon.

about scientists and inventors: