Despite the negotiations, McCarthy still appears unlikely to have won over enough votes to become speaker 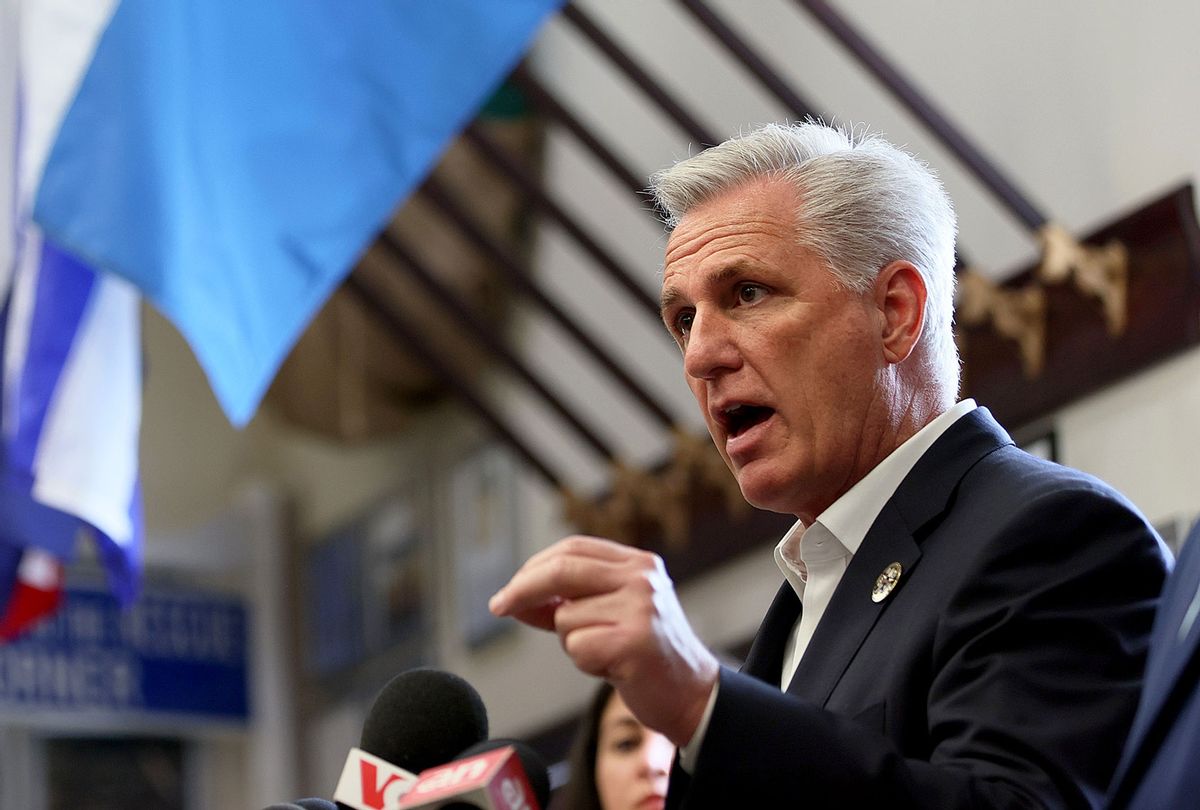 McCarthy has now lost six rounds of voting, failing to win over any of some 20 holdouts during the first two days of the House speaker drama. After another three failed ballots on Wednesday, Republicans adjourned the House twice and scrambled to negotiate a solution to the impasse.

McCarthy, who has long had his eye on the speaker job, already made major concessions to MAGA Republicans, reportedly vowing to investigate former Speaker Nancy Pelosi and the Biden administration and the treatment of Jan. 6 Capitol rioters. Earlier this week, McCarthy also agreed to remove pandemic and post-Jan. 6 security protocols at the Capitol, limit the Office of Congressional Ethics and create new committees, impose rules to limit congressional spending and lower the number of lawmakers required to force a vote to oust the speaker to five.

But after all those concessions failed to move the needle, some of his critics were able to extract even more from the weakened GOP leader after the sixth vote failed.

McCarthy agreed to lower the number of lawmakers required to force a vote to oust the speaker from five to one, according to CNN. He also agreed to place more House Freedom Caucus members on the House Rules Committee and vowed to hold votes on controversial term limit and border security bills.

The Congressional Leadership Fund, a McCarthy-aligned super PAC, and the conservative Club for Growth, which has opposed McCarthy's speaker bid, also reached a deal for the Club for Growth to back McCarthy in exchange for the CLF not spending money to back candidates in open-seat Republican primaries in safe GOP districts, according to NBC News.

One Republican called the proposal "an amazing deal they'd be dumb to turn down," according to Axios.

But the deal, particularly the lower threshold, could cause other problems for McCarthy among his own supporters. "Many more moderate members had been concerned about giving in to the far-right on this matter since it could weaken the speakership and cause chaos in the ranks," CNN reported.

Still, the proposal would not placate all of the holdouts. Rep. Chip Roy, R-Texas, one of the Republicans leading the charge against McCarthy, told Republican leaders he could get 10 holdouts to flip if the negotiations pan out while others may be willing to vote "present" instead of against McCarthy, according to the report.

"We've had more discussions in the last two days as a body sitting there, than we've done in frickin' four years," Roy told reporters on Wednesday.

But McCarthy, who received just 201 of the 218 votes needed to become speaker on Thursday, would still need to win over additional dissidents. With Republicans holding 222 seats in the new Congress, McCarthy can only afford to lose four votes.

"We just talked. I'm not sure any needle's been moved," Rep. Ralph Norman, R-S.C., one of the so-called "Never Kevin" voters, told NBC News.

Some of the detractors have also demanded to be subcommittee chairs, riling some McCarthy supporters.

"It's a non-starter," Rep. Don Bacon, R-Neb., told NBC News. "For most of us, we work hard to get promoted in these positions by being a team player. To say, 'I'm going to vote for you if you give me a subcommittee chair'? We do not like that quid pro quo."

Bacon said on Wednesday that there have also been "preliminary talks" between some Republicans and Democrats about supporting a "consensus candidate" for speaker, an idea floated by some Democrats as well.

But other prominent McCarthy supporters poured cold water on the idea.

"That's really off the table," longtime Rep. Tom Cole, R-Okla., told NBC News. "I don't think anybody voted to do that. I don't think that works very well in any time. I think it's particularly unsuited to these times. The polarization is too great."

"Anybody who's imagining some sort of unity or fusion approach, I think, is probably paying more attention to Aaron Sorkin movies than they are to how this place normally functions," he told the outlet.

Without a deal to win over enough Republicans or Democrats, McCarthy faces more failure when the House is scheduled to reconvene at 12 pm Thursday, even if he gains the backing of the Roy-led group.

And even if McCarthy is able to secure enough support, some critics worry that he has already given away a lot of power.

"McCarthy is conceding so much that he won't be able to lead. He wants the title, not the job," wrote Bloomberg columnist Tim O'Brien.

"Kevin McCarthy has now been so weakened," he tweeted, "that he and the GOP caucus will not be able to govern effectively even if he becomes Speaker."