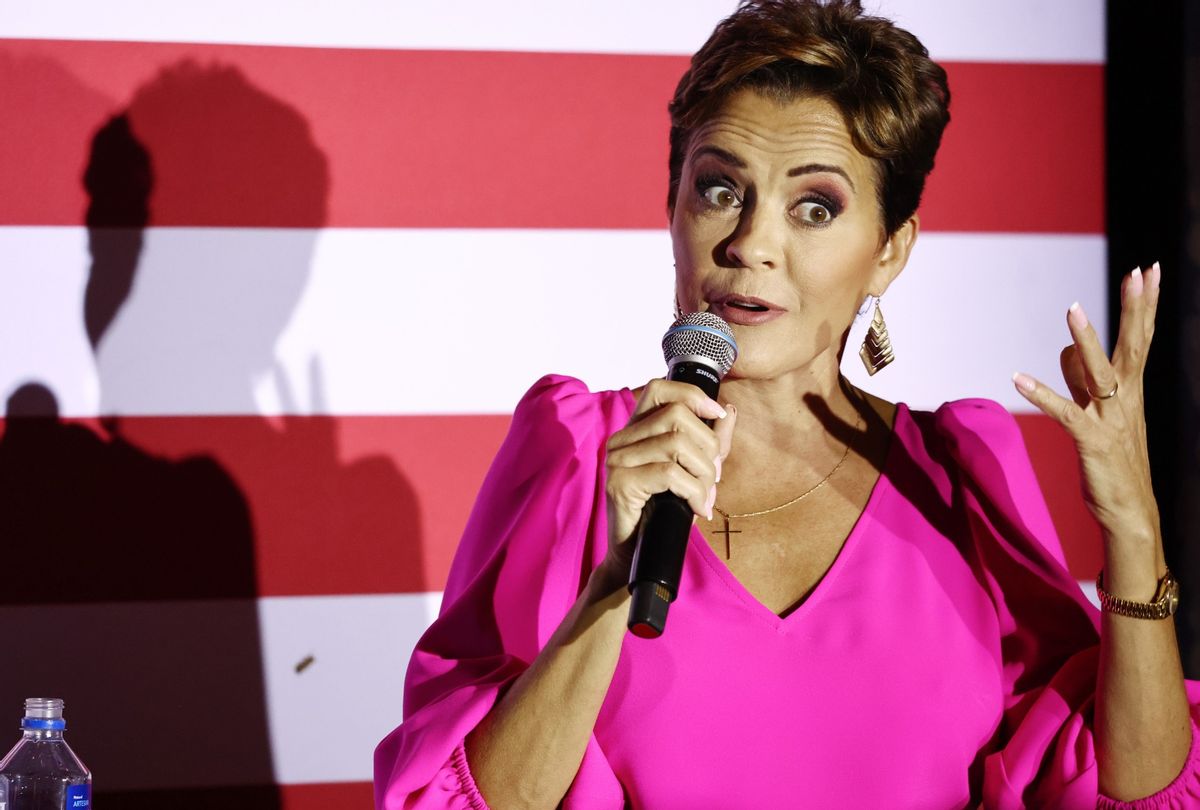 On Thursday, the Arizona Supreme Court shut down Republican Kari Lake's attempted end-run around the state's lower court – denying her petition for an immediate hearing, and sending her back to the Arizona Court of Appeals where she's currently awaiting a previously scheduled hearing.

The ruling comes a day after Lake imagined herself Arizona's "duly elected governor" during an appearance with far-right content streamers. Video clips of her remarks circulated in tweets on Wednesday.

"The way we get it changed is we get a — the real governor, the duly elected governor, myself, in there to work with lawmakers to change our laws, put some teeth into the laws, and frankly, we need to recall every one of the Maricopa County Board of Supervisors," she told the program's host.

The high court is just the latest of the state's institutions to deliver a reality check to Lake. After Arizona Democratic Gov. Katie Hobbs beat Lake by more than 17,000 votes in the state's 2022 gubernatorial race, Lake entered a state of election denial, suing for a do-over on baseless claims of a rigged race. When Lake failed to provide evidence, a Maricopa County judge tossed out the suit in December. Lake is now appealing. In a separate case the same month, a judge ordered Lake to pay Hobbs $33,000 – plus 7.5% annual interest – to cover Hobbs' court costs.

Within hours of the high court's Thursday ruling, Lake turned to convicted subpoena-dodger and right-wing media figure Steve Bannon. Bannon, described by a US federal judge as a "bad faith" actor, gave Lake air time on his streaming show to repeat her claims.

"Katie Hobbs was not duly elected," Lake told Bannon. "Everybody in the state knows that. And she can play house and play governor for a while. But eventually, the truth is going to catch up and we will win."

"She knows when she took that oath that she stole this election," Lake continued, in further unfounded statements. "The good thing about this being dragged out a little bit is that more and more information is coming our way … We're going to expose each and every one of them. And the walls are going to start to close in on them."

Critics have been swift to denounce Lake's fabrications.

"With the swearing in of Katie Hobbs, Kari Lake's baseless effort to overturn the will of the voters is dead," attorney and former U.S. Ambassador Norm Eisen recently told Newsweek. "She may appeal, but she will lose."

In the same article, former federal prosecutor Neama Rahmani noted that Lake's appeal would take at least several weeks to resolve, and called the match: "It's over for Lake."

"Even if she wins her appeal because the trial judge applied the wrong legal standard by requiring proof of intentional misconduct or clear and convincing evidence, at best Lake gets a new trial," Rahmani said.

Distaste for Lake may likewise be growing among Arizona's Republicans. In a recent interview with The Hill, one GOP consultant doubted whether Lake had any future in Arizona politics. He cautioned that Lake was hurting her own chances with the appeal.

"I think the enormous amount of ill will that she's going to create as a result of the appeal — I mean, it's OK to file a case, but then some of the stuff she's been saying on media and posts and just the degradation of the Arizona institutions — I think is really going to hurt her out here," said Arizona Republican consultant Chuck Coughlin.

"And I don't really think she's got a future in terms of her own electoral space here in Arizona."