You can pry my paper planner from my cold, cramping hands

In the digital age, why do we persist in using paper planners? Writing goals down may help 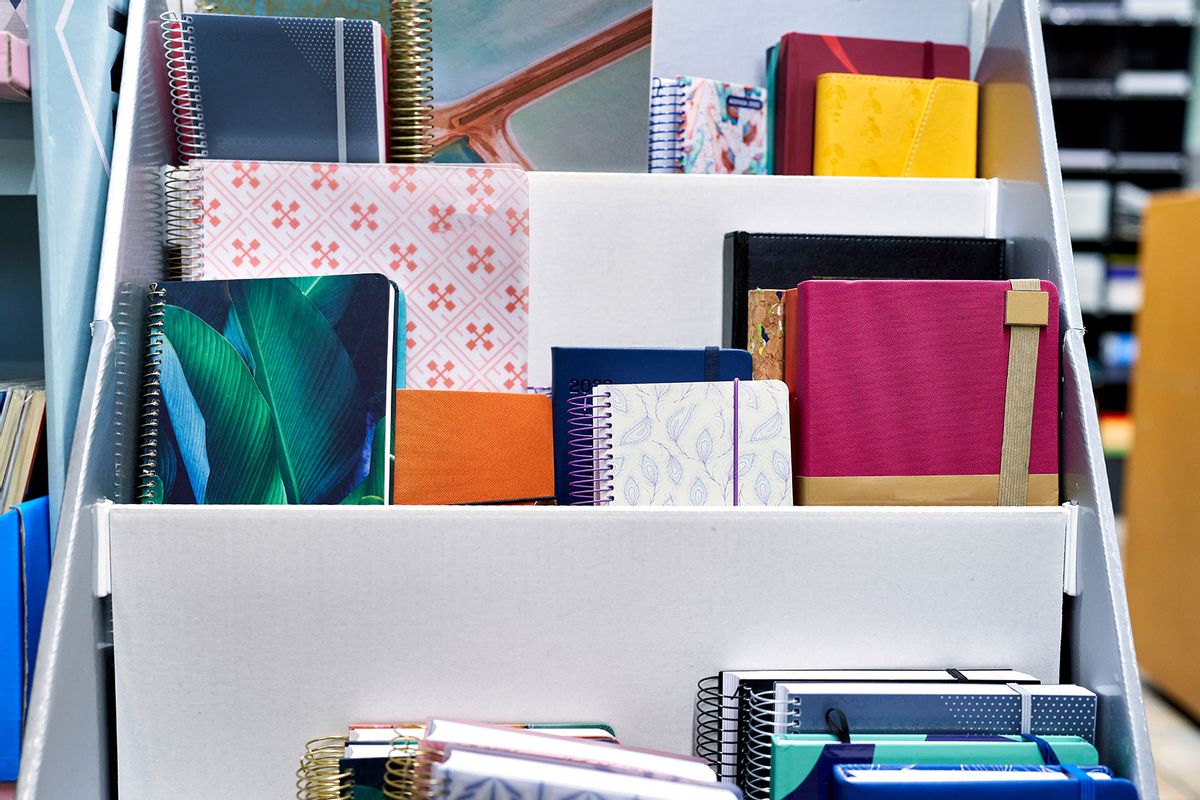 One of my favorite annual gifts comes after Christmas, and I buy it for myself. I spend some time researching, but for the last few years have purchased basically the same kind. Smaller and thicker than a standard notebook with a week per two-page spread, spaces for daily and weekly goals, and calendar pages for each month. It's a planner and you'll never take the paper ones away from me.

A planner or organizer is a list or book to keep track of the days. It serves a practical, needed purpose in my life as someone with a full-time job, a child, a partner and a whole other career as a writer of books: what the heck am I doing each day? What time is the appointment, when is the deadline, when is the middle school dance and the money for yearbooks due?

The planner has moved away from a simple log to something akin to a guru.

Planners in some sense have been around for hundreds of years. As Dyana Wing So wrote, "'keeping account' of one's daily life was seen as a respected, moral habit – one which some of the Founding Fathers of colonial America adhered to." Much of life needed and still needs to be accounted for, from keeping track of what's in the pantry to noting what bills have been paid. According to So, "In 1773, the American publisher Robert Aitkin claimed to invent the first commercially available planner with a weekly template spread that included spaces for accounting and memos. But it would not be until after the American Civil War and Industrial Revolution that paper planners became big business. The busier American life became, the more Americans kept their days in order."

American life is busier than ever and the planner business keeps on booming. Planners and appointment books sold to the tune of over $340 million in 2016, hundreds of millions more than mere calendars, which sold a measly $65 million. In 2019, that number jumped to $365 million for planners, as reported by The Seattle Times. And here's an important caveat: these are all paper planners. In a digital world, we still want — and need — to write it all down. It helps us remember and helps goals happen.

The planner has moved away from a simple log to something akin to a guru. I mentioned my planner has blanks for "goals." It has accompanying blanks for "reward if achieved," which confuses me, as a writer. Isn't the reward for work simply . . . more work? It's unclear if vague rewards will motivate me personally to achievement — I'm already independently motivated — but the act of writing down goals in the first place is significant. As The Seattle Times writes, "Culturally, generationally, personally, many of us are having a moment where we want very much to believe in this kind of magic. We are desperate to cleanse, focus, declutter, reclaim."

In that vein, the front of my planner has big, broad questions I mostly skip over, like "What is my life's purpose?" How quickly we've spring-boarded off from: I simply don't want to forget I have a hair appointment.

It's more satisfying to physically cross off an item on a penned to-do list than to digitally delete it.

The Seattle Times argues that most consumers of these thorough, vision-heavy planners are women, quoting Kate Frachon who says, "Maybe because of how we were raised, with 'You can do anything,' we feel this intense pressure to do everything." Frachon is a content manager for Ink+Volt, maker of a popular planner. Those of us who are parents, especially mothers, also feel the pressure to remember everything, from school recitals to forms coming due to family gatherings.

But why paper? Is there something about physically writing down a goal or obligation that helps it happen? As Forbes reports, "Vividly describing your goals in written form is strongly associated with goal success, and people who very vividly describe or picture their goals are anywhere from 1.2 to 1.4 times more likely to successfully accomplish their goals." Forbes attributes this to external storage — "It doesn't take a neuroscientist to know you will remember something much better if you're staring at a visual cue (aka reminder) every single day" — and a biological process known as encoding, which helps the brain decide what information matters and should be stored in long-term memory. That stored info is more likely to come back to you.

So, although digital planners exist and have proliferated in recent years, there is science behind the need of some people, like me, to still write it down. I scribble by hand. I scroll through the pages. And I do think it helps. It's more satisfying, perhaps, to physically cross off an item on a penned to-do list than to digitally delete it. It's also satisfying to look back, to read, remember — and maybe a put a checkmark next to those items that happened, to have a record of how they came true. Yes, I did sell that book. Yes, we were able to take trips home to visit family. Yes, the hall closet did get cleaned (OK, it didn't — yet).

Every planner is a promise: This is the year! I will finish that screenplay, remember distant relatives' birthdays, make and keep the medical appointments I've been dreading. I've never been able to find the time to keep a diary, not since high school. But in a sense, a planner is a diary. It's how we spend our days. It's the details that add up to hours, that combine to form years. Here is the record of how time passed. Here is the person we were, how we lived — and all we tried. I want that written down.