"He broke the law by lying": Santos hit with FEC complaint over mysterious $705K campaign loan 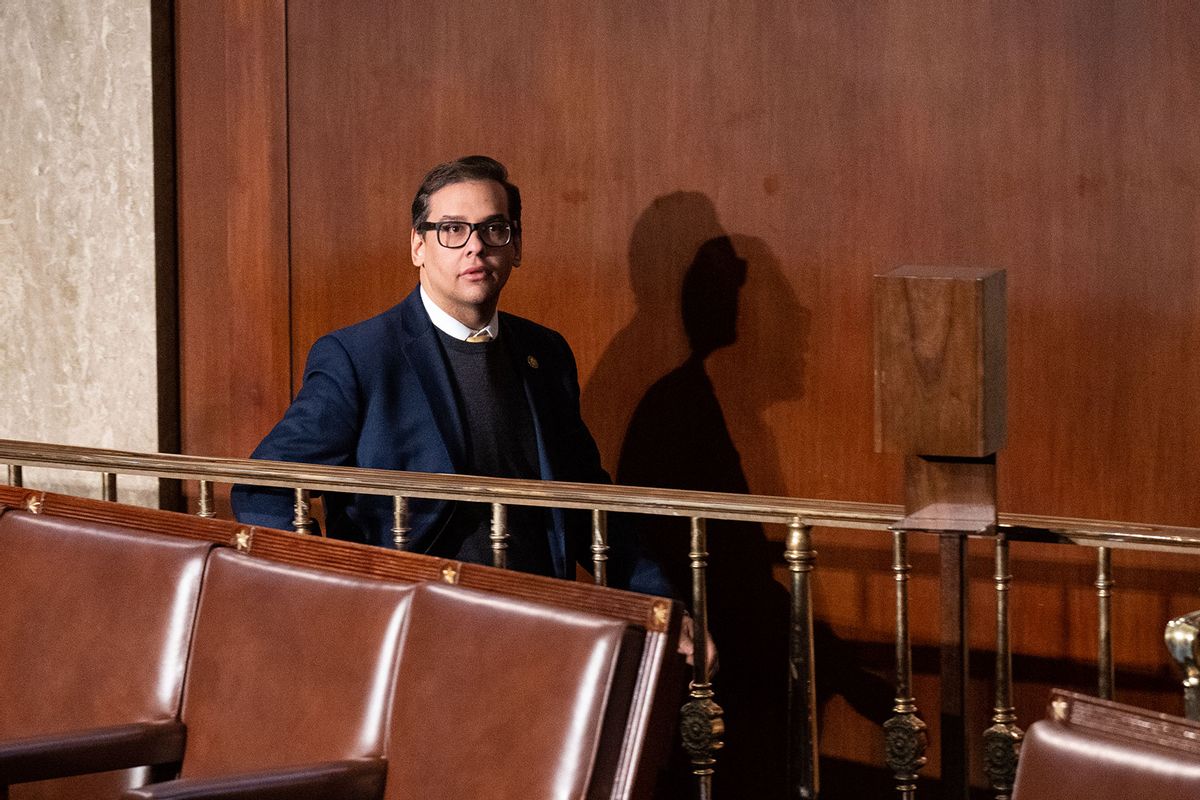 Rep. George Santos, R-N.Y., walks through the House chamber before the start of the 7th failed attempt to elect a speaker in the Capitol on Thursday, January 5, 2023. (Bill Clark/CQ-Roll Call, Inc via Getty Images)
--

Rep. George Santos, R-N.Y., is facing a Federal Election Commission complaint less than a week after being sworn into Congress.

The Campaign Legal Center, a nonprofit watchdog group, accused Santos of lying about the source of his campaign donations and paying for personal expenses with campaign funds in a 50-page complaint filed Monday. The group pointed to the $705,000 Santos declared in FEC filings as a personal loan to his campaign. The CLC argued that Santos couldn't have afforded such a loan given his previous income disclosures.

"It is far more likely, instead, that after failing to win his 2020 bid for Congress, Santos and other unknown persons worked out a scheme to surreptitiously -- and illegally -- funnel money into his 2022 campaign," the complaint said. "Straw donor contributions like those alleged here are serious violations of federal campaign finance law that have led to criminal indictments and convictions in recent years."

"The Commission should thoroughly investigate what appear to be equally brazen lies about how his campaign raised and spent money."

"George Santos has lied about virtually every aspect of his life, and it appears he broke the law by lying about where he got $705,000 for his campaign," Ghosh wrote.

The Monday complaint comes less than a week after the FEC flagged Santos' fundraising committee filings, per CNN. In a Jan. 5 letter, the commission dinged Santos' statements over missing donor information and contribution amounts exceeding legal limits. The commission has requested Santos' office reply by Feb. 8.

In its Monday filing, the CLC also drew attention to the dozens of suspiciously low-value campaign contributions unearthed previously in the press.

The FEC requires candidates to provide a receipt, invoice or canceled check for personal campaign reimbursements of $200 or more. In December, The New York Times revealed that Santos filed 37 personal reimbursements listed as $199.99 each. The 37 penny-short expenses in Santos' campaign finance reports were just a slice of the more than 800 items expensed under the FEC's $200 threshold.

"The sheer number of these just-under-$200 disbursements is implausible, and some payments appear to be impossible given the nature of the item or service covered. Accordingly, there is reason to believe Santos's campaign deliberately falsified its disbursement reporting, among numerous other reporting violations," the CLC said in its Monday complaint.

Meanwhile, federal prosecutors in New York are also investigating Santos' personal finances, including the $705,000 in personal loans he made to his 2022 campaign. That campaign war chest ultimately totaled more than $3 million after help from four fundraising committees.

"Voters deserve the truth. They have a right to know who is spending to influence their vote and their government and they have a right to know how the candidates competing for their vote are spending those funds," CLC Senior VP and Legal Director Adav Noti said in a public statement Monday. "George Santos has lied to voters about a lot of things, but while lying about your background might not be illegal, deceiving voters about your campaign's funding and spending is a serious violation of federal law."